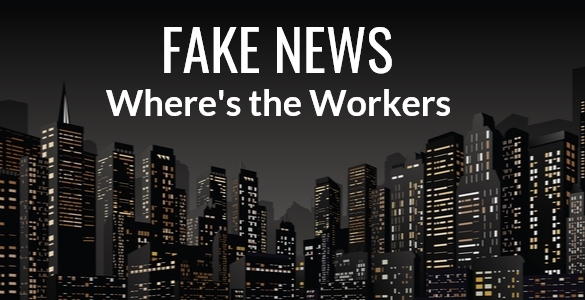 Who will notice the hundreds of thousands and tens of thousands that have died in a censored “1984” closed society even if there is a population of 7.7 billion?  If a tree falls in the forest, it makes a sound, but no one hears it fall, how do we know it fell? WE DON’T! BUT IT ACTUALLY DID! If a potential pandemic threatens our country and our country’s leaders subvert the news; was there a real threat.  There damn well was, Mr. President! Stop Lying! Even if the news doesn't agree with your personal political or economic position.

One of the world’s most independent online news sources on China, Caixin, is reporting that civil servants are privately telling the new bureaus reporters that businesses are faking their numbers. They were going so far as keeping the lights in offices, factories, and places of business even though there’s no one or few workers back at work.

Caixin is reporting that citizens caught up in this deadly epidemic that Beijing China’s central government had started checking businesses’ electricity consumption levels. To protect themselves from being unable to overcome the epidemic’s impact, district officials have ordered companies to leave their lights and machinery on all day to drive the numbers Beijing is monitoring up.

According to one civil servant, business owners, and managers are falsifying staff attendance logs. They “would rather waste a small amount of money on power than turn local officials against them by exposing to Beijing their inability to bounce back from the impact of COVID-19.

This carefully crafted ruse is making the Chinese economy look like it’s on the upswing by making businesses appear headed back to work. Still, whistleblowers, including local officials, told Caixin that it’s a fraud.

Even before COVID-19 became a global crisis, Chinese leaders had been criticized for their handling of the situation and lack of transparency about the disease’s progression. The criticism has been taken seriously by President Xi, who doesn’t want a repeat of the Avian Flu and SARS disaster. President Xi wants to cover-up this crisis as much as possible has had his government pushing district officials to carry on business as usual.

Some local governments are subsidizing electricity costs and setting mandatory productivity quotas. Caixin is reporting that Zhejiang, a province east of the epicenter city of Wuhan, is claiming as of February 24th it had restored 98.6% of its pre-coronavirus economy has been restored. The truth, however, according to Caixin…

“Wuhan, officials have tried to make it appear that recovery efforts are going smoothly, but when ‘central leaders’ personally survey disinfecting regimens and food delivery, local officials ‘make a special effort’ for them, and them alone.”

A video now circulating on social media in which residents can be seen shouting at visiting leaders from the apartments where they’re being quarantined — “Fake, it’s all fake.”