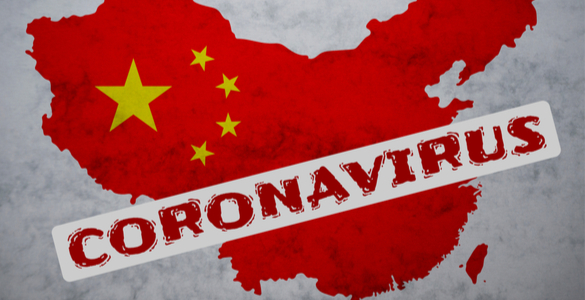 China is step by step, shutting down and closing for business 70,000 movie theaters, McDonald’s, shops, markets, stores, and businesses. People are collapsing in the streets, a new hospital is opening in the city of Wuhan with 1,000 beds for people suffering from the virus. Are Chinese officials lying about the number of cases of infection and death?

Rush to Build a Hospital in Wuhan

Suspicion is growing among China’s citizens that their government is lying about the number of people dying and coming down with the Wuhan coronavirus. Current government estimates claim there are 900 cases in the country and 25 people have died. Rumors that the infection rate may be approaching 10,000 and deaths are quickly soaring into the hundreds.

China’s government has taken unprecedented steps to slow the outbreak, restricting travel for 40 million people on the eve of Lunar New Year, shutting down travel in 32 cities and 34 provinces. The country’s travel agencies have been ordered to suspend sales of domestic and international package tours after imposing transport curbs on cities near the center of the outbreak.

The suspicion that the Chinese government is suppressing the actual count of people exposed to the virus and the number of people who have died may be delaying the world outside China from taking steps to deal with what could be a global pandemic. The World Health Organization (WHO) has yet to declare a global health emergency even though cases are popping up in virtually every continent except Antarctica.

The fear and suspicion are not only growing within China’s citizenry but around the world as the virus stymies efforts to identify infected patients. It is becoming clear that an undetermined number of infected patients aren’t showing symptoms like a fever, a symptom government screeners use to isolate those with other pathogens.

While global experts have mostly praised efforts to contain the virus, the fact remains that such praise may be a response to a massive and desperate Chinese government cover-up that this virus may be much worse than the SARS virus 17 years ago that claimed almost 800 lives.

While quarantining 40 million, the restricted area, at the epicenter of the outbreak, major shutdowns are being ordered and announced across the country as the danger grows. Even Shanghai Disneyland announced that it was closed indefinitely, and all of the country's cinema chains have been shuttered. The shutting down of business, travel and even day to day activities in China during what is usually a peak time of year for consumer spending is putting China’s economic stabilization at tremendous risk.

The Chinese and yes, the entire world has reason to believe…

“This is unprecedented in China, and maybe even in the history of modern health,”

…according to Yanzhong Huang, director of the Center for Global Health Studies at Seton Hall University in New Jersey, pointed out…

“It’s a tremendous legal, institutional, not to mention logistical challenge.”

China’s President Xi Jinping pledged an “all-out” effort to contain the outbreak this past week vowing to punish any Chinese officials who delay virus information, with the State Council setting up an online platform to allow the public to report officials known to be failing to make the proper disclosures.

The ruling Communist Party is anxious to avoid a repeat of the 2017 SARS outbreak, during which it was criticized for initially covering up the scale of the problem. Back then, China fired more than 100 officials, including the health minister and the mayor of Beijing, amid allegations that local governments suppressed information about the disease.

China’s central government appears willing to let local officials once again take the blame and brunt of public anger. China’s powerful internet censors are allowing criticism and rage to fall heaviest on lower-level officials, such as Wuhan Mayor Zhou Xianwang, who has faced demands from the pubic to step down after he acknowledged on Tuesday that the city “didn’t have sufficient warnings” about the risk.

China’s state-controlled media is pushing commentaries posted by the Communist Party’s People’s Daily newspaper, making the case that Wuhan’s statements had “caused a panic” while its affiliated Global Times tabloid said the city “failed” to contain the virus early on.

Germany’s health minister Jens Spahn believing that the statistics and numbers being reported by the Chinese government are true said China is doing a better job and the world community is more prepared than during SARS. Spahn was quoted by Bloomberg TV on the sidelines of the World Economic Forum in Davos…

“There’s a big difference to SARS. We have a much more transparent China…”

“The action of China is much more effective in the first days already.”

Meanwhile, questions are proliferating to China’s ability to effectively screen for the disease. Reports are in that several people who have died from the Coronavirus showed no signs of fever. Imagine a killer virus spreading geometrically and having no way to check infected travelers and for that matter 1.3 billion people.

Ramanan Laxminarayan, director of the Center for Disease Dynamics, Economics & Policy in Washington, D.C., was quoted this morning as saying…

“The whole airport screening exercise is to simply give people comfort that there is some government action to protect the public… It has no real public health utility in the case of Coronaviruses. What really matters is surveillance, infection control and isolation.”

Chinese health officials insist while the virus is moving from human to human, it appears to be spreading as the result of close exposure to those infected. Most cases have been tied to close espouse from patients to their close family members or to health-care workers caring for those infected. Health officials are also claiming most of the fatalities have had other health conditions, including diabetes, heart disease and other long term health conditions who have had weakened immune systems.

The World Health Organization (WHO) said in a statement yesterday… “amplification” -- presumably a super spreader event in which an infected person passes on the disease to many others -- occurred at one health facility and that a single patient on average can ignite as many as 2.5 additional infections. However, the WHO has reported that detected transmission from patient to patient has taken place across a chain of as many as four people. Such a pattern explains the case of a 56-year-old in Tianjin, who was confirmed to have the Coronavirus despite having no work history in Wuhan.

The British Newspaper, the Daily Mail, is reporting that scientists it has spoken to are telling them that the Coronavirus will infect 350,000 people in Wuhan. Multiplying this kind of outbreak in China by this many cases means the Coronavirus is only at the beginning stages.  It is not only an enormous health crisis in China but potentially a global health emergency. If the Chinese government is lying already about the current severity of this outbreak in a city the size of London, it could quickly turn into tens of millions of people being infected throughout China and the world.

So far, the financial markets around the world have been little affected. Oil is down sharply, but stock indexes globally are little affected. That could change quickly if the Coronavirus starts to affect tens of thousands. If it does quickly become a health crisis that threatens hundreds of thousands, we could see this become a “Black Swan” event that sends stock markets globally into a panic.