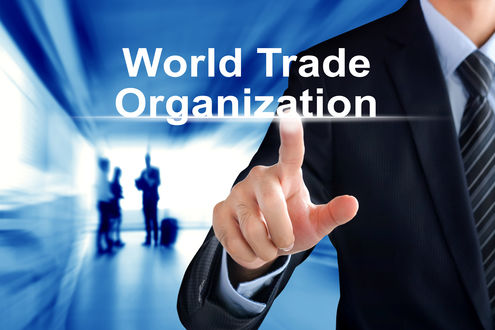 The complaint decided today in favor of China was brought against the United States by China in 2013, and the WTO panel ruled in Beijing’s favor back in 2016. This left the point of the methodology used by the United States uses to calculate anti-dumping tariffs and in particular Washington's use of the controversial method of “zeroing” in those calculations to be considered before the WTO could decide on the sanctions that should be imposed.

This complaint was filed long before President Trump launched the current U.S. trade war, so the imposition of these now-legal sanctions awarded by the World Trade Organization could add a layer of tension to ongoing talks taking place to get a Phase 1 deal towards an end of the Chinese-United States trade war signed. China now can request permission of the WTO’s dispute settlement body to authorize retaliatory tariffs on U.S. goods. Such requests are typically granted.

This $3.2 in damages awarded by the Geneva-based WTO is the third highest in WTO history, although amount to about half of what was requested by China, which argued that some U.S. anti-dumping rules were completely illegal.

The ruling also comes as the Trump administration is mounting an assault on the WTO’s dispute resolution system, with the current terms of two of the final three judges on its appellate body due to expire in December and Washington blocking new appointments. The United States is facing the prospect of losing an extremely large decision to the European Union before the end of the year, after winning a decision in its favor for $7.6 billion on October 3, 2019.

The United States must now amend its illegal anti-dumping restrictions on the Chinese products named in the WTO decision, or resolve the dispute directly with China that could be included in their phase 1 agreement now being negotiated by as part of the broader trade-war talks between Washington and Beijing that are now underway.

This decision and the pending European Union decision could be a catalyst for the Trump administration to withdraw the United States from the World Trade Organization.

U.S. Trade Representative Robert Lighthizer, a former anti-dumping lawyer for the steel industry, has been a WTO hawk for many years and a longtime advocate of using of zeroing, that the WTO has just ruled illegal.

Stephen Vaughn, a partner at law firm King & Spalding, who until earlier this year served as Lighthizer’s right-hand man and USTR’s general counsel, was quoted as saying regarding this win by the Chinese at the WTO…

“For years, U.S. administrations of both parties warned officials at the WTO that decisions like these make it impossible for Americans to trust the dispute settlement process,”

The WTO’s decision “shows how countries like China use that system to make it harder for the United States to respond to unfair trading practices abroad.”