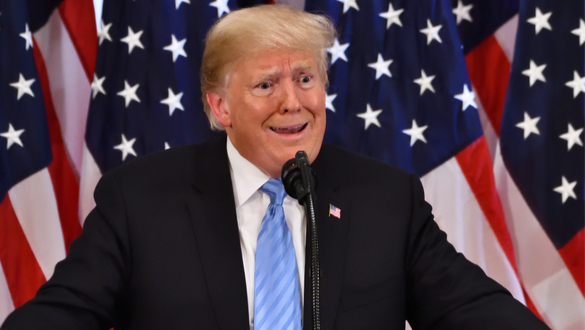 The WallStreetRebel.com has been warning since the inception of Trump’s Trade War against China that it was flawed. China is never going to allow the United States to bully it into changing from its State Capitalist System, to what its critics call a free market system. The hypocrisy of the United States, which claims its system in a free market system is not deniable. We subsidize many industries directly and with tax incentives, and outright bailouts. Our imposition of tariffs is Republican double talk for import taxes.

We’ve held the opinion that as long President Trump refused to just focus on the real issues of mutually protecting intellectual property, reducing Chinese protectionism and insisting on gaining access to the $21 Trillion financial markets in China, he would be wasting his time. We’ve also insisted that every time he insults the Chinese or showed his absolute ignorance of Chinese culture and insensitivity, he would make getting a reasonable trade deal done possible.

Fox News prime time pundits and the mental simpletons at One America News (OAN) continue to argue with Trump the Chinese are desperate for a deal, they’re economy is collapsing and the protests in Hong Kong are indicative of a potential uprising in China. It’s pure right-wing ignorance that has the distinct smell of freshly spewed manure.

They insist that when Trump’s negotiators arrived in Shanghai, just after an insulting Tweet tirade the Chinese after taking the delegation to dinner and for a museum tour demanded that the United States drop all of its tariffs and then they would negotiate. As Trump is fond of saying ‘fake news,’ what happened deranged Donald Trump’s Twitter attack designed to bully the Chinese during the resumption of trade talks in Shanghai prompted the Chinese to politely inform the trade delegation they would resume negotiations in September. It was the Chinese way of giving Trump the middle finger.

The claim that the Chinese are panicking over the protests in Hong Kong is nonsense. If these types of protests had taken place in Italy, Germany, France, and/or England the protesters would have been cleared out, arrested and dragged out in 72 hours.

The truth is that the vast majority of the people in Hong Kong are at home watching TV and wondering when the nonsense will end. The hysterics on FOX Prime Time and OAN claiming China is on some tipping point is total malarkey. Fake news for the right-wing audience to justify a trade war which is being fought by hurting read states with import taxes.

On Monday the U.S. Stock Markets plunged, and by the end of the day, the Dow Jones was down almost 400 points. It’s the U.S. economy slowing down, a warning Federal Reserve Chairman that if this trade war continues, the United States could see its growth turn negative in three more quarters.

So this morning President Trump cajoled by his economic advisors, his friends on Wall Street that the U.S. Stock Market could plunge 10 to 15%  back off many of the new China tariffs (Import Taxes) today Tuesday and in doing so revealed just how much pain the U.S. could tolerate.  By backing down, China now has the upper hand.

Trump via an announcement by the U.S. Trade Representative office that certain items were being removed from the new tariff list, while duties on others would be delayed until mid-December showed he’s the one panicking.

The market has now recovered most of Monday’s sell-off on the close. However, we at WallStreetRebel.com think the rally will be another up in a series of wicked ups and downs as Chinese President Xi Jinping takes advantage of this mentally ill U.S. President. Without any doubt, he will continue to insult China and its leaders. His threats of devaluing the U.S. dollar has no made this not only a trade war but a currency way. Short of someone sewing Trump’s mouth shut, and taking away his Twitter account, he will create enormous swings in the equity, currency, and bond markets through the 2020 election.

The fascinating thing about President Trump’s behavior is that he often goes into a meltdown, not because he has a strategy. Many times including his last tirade was a result of being informed of some terrible news unrelated to the object of his Twitter ire. On the day he lashed out at the Chinese, while his delegation was on their way to Shanghai, Trump was informed Deutsche Bank and other financial institutions has already handed over to democratic controlled congressional committees documents he was attempting to protect with seven lawsuits.

When these documents are thoroughly examined and compared Trump is likely to suffer a nuclear meltdown like the one that killed seven scientists (Bull! Try thousands) that were tinkering with Putin’s latest weapon of mass destruction.

Trump told reporters Tuesday he decided to postpone tariffs for the Christmas season “in case it had an impact on shopping” and the delay would “help many people.” If he means not imposing new ‘import taxes” on consumer goods, he’s 100% correct.

Hedge fund manager and Hayman Capital Management founder Kyle Bass in a “Squawk Alley ” interview on Tuesday said, “every time it makes the stock market go down a few hundred points” the president “backs away.”

Bass went on to say… “It looks like he doesn’t want the price of iPhone going up into Christmas…The Chinese are going to read this as a key weakness.”

Trump awarded economist Arthur Laffer The Presidential Medal of Freedom for among other things his ‘Laffer Curve’ that used to justify the $1 Trillion never-ending tax cut for the super-rich passed in 2017 by the GOP and signed in to law by the President. The argument was that by lowering taxes, tax revenues would rise from economic activity, and they would pay for themselves. This is has proven to be another pile of manure. It took well over 200 years to compile a $4 Trillion U.S. Federal Debt; Trump is on pace to add that much in his four years in the White House. This too is putting the Chinese in driver seat holding one-quarter of all U.S. debt.

From every angle, the Chinese see Trump as a weakening mentally ill, illiterate and incompetent foe that also faces so many scandals and threats to his political survival he may be forced to resign before his term ends.

Did deranged Donald blink or did he drop a load in his pants as the stock market appeared to be heading to another 900 point day drop?