China Trade Talks to Resume in Beijing Next Week with Mnuchin 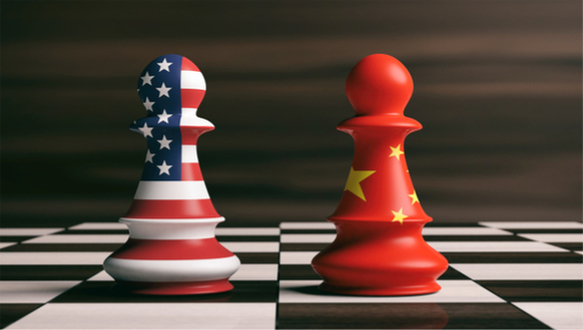 With President Trump’s March 1, 2019 deadline approaching Secretary of the Treasury Stephen Mnuchin has announced he will join United States Trade Representative Robert Lighthizer traveling next week to Beijing for another round of trade talks with China.

With the pressure turned up to maximum, President Trump’s March 1, 2019, deadline would increase U.S. tariffs on $200 billion in Chinese imports from 10% to 25% if a deal isn't reached,  Treasury Secretary announced on CNBC that he’s heading to Beijing…

“Ambassador Lighthizer and myself and a large team are on our way to Beijing next week. We are committed to continue these talks,” “We’re putting in an enormous amount of effort to try to hit this deadline and get a deal. So that’s our objective.”

This next round of trade talks comes after a Chinese delegation led by Chinese Vice Premier Liu that visited Washington last week for negotiations. Mnuchin described that last round of negotiations as “very productive.”

During President Trump’s State of the Union address on Tuesday he asserted that any new trade deal with China must include "real, structural change"…

“I have great respect for President Xi, and we are now working on a new trade deal with China,”

“But it must include a real, structural change to end unfair trade practices, reduce our chronic trade deficit, and protect American jobs.”

President Trump has ruled out any meeting between himself and China’s President Xi before the March 1 deadline. At which point the U.S. would hike its punitive tariffs and thereby escalating the ongoing trade war despite the good faith efforts to reach a deal by the Chinese and the country’s resumed soybean purchases from the United States.

While Mnuchin has been encouraging in his latest comments, the reality of the negotiations is the Chinese may be unable to make the structural concessions the Trump Administration is demanding in a timely enough fashion to prevent a full-scale escalation of the ongoing trade war and the possible downturn of the world economies.

Meanwhile, negotiations with the European Union to end Trump’s trade war against those trading partners haven’t progressed to either country’s satisfaction, and the modified NAFTA agreement has yet to be ratified by Congress. Failure to reach completed deals on all three fronts, much less with the Chinese could negatively impact Wall Street equities in much the same way they were hurt in December, which saw one of the worst sell-offs in the United States financial markets in decades.