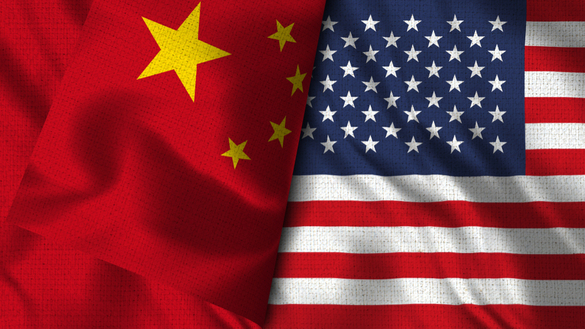 The Beijing trade war meetings are underway between China trade representatives and Treasury Secretary Mnuchin and the United States top trade negotiator, Robert Lighthizer. President Trump could at any point announce that the two largest economies of the world are close enough to a deal for a face to face meeting with China’s President Xi in order to nail down a deal to end the US, China trade war.

Investors around the world are hopeful that the United States will end its trade wars against the European Union, Mexico, Canada, and China. The imposition of tariffs has created trade barriers that are starting to not only choke the global economy but the US economy.

One group of investors focused on China stocks listed in the United States are on pins and needles.  They wait for an announcement by President Trump that he will meet with China’s President Xi sometime in the mid-March to finalize a US-China trade deal to end the trade war. That will almost certainly start with an extension of the March 1, 2019 deadline for a deal set by President Trump following his dinner meeting with President Xi at the G20 meeting in Buenos Aires last year.

China has expressed willingness to make concessions and has to buy more American goods, like 7 million tons of soybeans and committing to eliminate its trade deficit in six years.

Both Countries have expressed optimism about arriving at a deal; Mr. Xi is under pressure to not agree to any deal that would threaten China’s economic or national security. At the same time, President Xi is acutely aware that China’s economy is growing at its slowest pace in years, in large part because of the tariffs imposed by the United States.

Meanwhile, President Trump who continues to argue that China’s economic weakness is giving the United States advantage in negotiations, saying “it is in China’s interest to make a deal.”

However, Trump’s insistence that the United States could continue to benefit by retaining tariffs and increasing on $250 billion worth of Chinese goods.  Unfortunately, President Trump ignores the reality that China isn’t paying the tariffs; US consumers and businesses are shouldering the burden….

“I’m happy either way,” he said. “I could live receiving billions and billions of dollars a month from China. China never gave us 10 cents. Now they are paying billions a month for the privilege of coming into the U.S. and honestly taking advantage.”

President Trump’s bravado and intentional ignorance of the facts could be compared to his claims that his Southern Border wall has been under construction and is close to completion. Michael London of WorldOpportunityInvestor.com points out that …

“President Trump has proven himself as a non-stop liar. His lies are like a child gone amuck without parent supervision. There hasn’t been any additional wall built on the southern border. Only repairs on existing barriers; that were funded during the Obama Administration have taken place.

“His claims of having an advantage over the Chinese are just as suspect as his wall claims. He needs a win badly; he’s entering the beginning of 2020 re-election campaign without yet proving he is the quality negotiator he claimed to be.”

Assuming Trump does extend the March 1 deadline and agrees to meet with President Xi, it will be safe to think that he’s looking to finalize a deal and to make as much as he can for ending the trade war he started. If that happens; Chinese listed stocks like YY, MOMO, BZUN, and BABA are likely to rally 5% to 10% on the announcement of the extended deadline and meeting.

If on the other hand, if Trump imposes the threatened increase in tariffs from 10% to 25% on $200 billion plus of imported Chinese goods, the Chinese are likely to withdraw from any talks, stop buying US products, and US stocks across the board could see the kind of market sell-off we saw in March.

Given the wave of farm bankruptcies that are taking place almost wholly centered in red states, including those like Iowa, Louisiana, Maine, Missouri, Pennsylvania and Ohio where a Democratic sweep in 2020 would mean certain defeat in Trump’s quest for re-election. The reality may be that Trump needs a deal even more than President Xi.