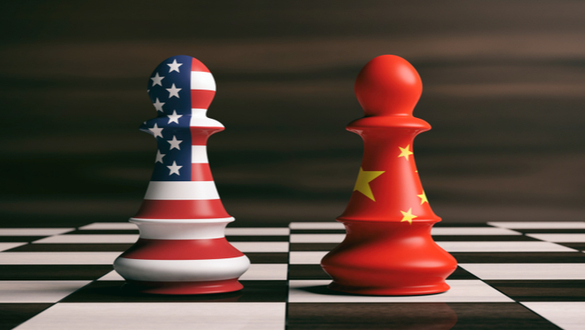 President Xi Jinping holds back on retaliation in the wake of President Trump’s hiking U.S. import taxes on Chinese goods a week ago. He appears to be measuring Trump’s willingness to throw in the towel on some of his demands to settle his trade war.

As more and more economists are predicting a strong possibility of a global and U.S. recession in 2020 and President Trump’s poll numbers have once again started sinking. The pressure is also building on Trump to settle his trade war with a string of bad economic news. Today it was reported that pending home sales reversed its positive growth rate, falling 2.5% despite low mortgage rates.

China’s President appears to be pausing escalating Trump’s trade war to see with all this bad news if Trump is willing to accept a negotiated agreement more in keeping with China’s desires.

“We firmly reject an escalation of the trade war, and are willing to negotiate and collaborate to solve this problem with a calm attitude,”

Gao’s comments is the first official response since Trump hastily  threatened to raise duties on $250 billion in Chinese goods to 30% from 25% and increase tariffs on another $300 billion in products to 15% from 10%, in response to Chinese retaliation announce the day before Trump boarded Air force One to attend the G7 summit in France.

Gao confirmed that Chinese and U.S. trade delegations had maintained “effective” communication since their last brief meeting earlier this month, where they agreed to meet for more comprehensive talks in September. However the spokesperson for trade ministry did not confirm a claim from President Donald Trump on Monday in which he claimed the Chinese team had called the U.S. over this past weekend with the desire of reaching a deal soon. China’s Ministry of Foreign Affairs said earlier this week it was unaware of the call that Trump described during his G7 news conference. The last publicly known high-level call between both delegations took place on August 13, 2019.

Gao Feng did point out…

“China has plenty of means for countermeasures, but under current situation, the question that should be discussed right now is about removing the U.S. new tariffs on $550 billion Chinese goods to prevent escalation of the trade war,”

Gao stressed his government is more interested in negotiations than they are to retaliate, highlighting the need to prevent further escalation.

Stocks are up today on hopes that this may signal a breakthrough in negotiations and hope that the Chinese don’t take further steps to escalate in response to President Trump’s latest tariff hikes (import tax increases).

Trump’s polling numbers in several key farming states are showing he may have lost a big chunk of the voters he needs for re-election.