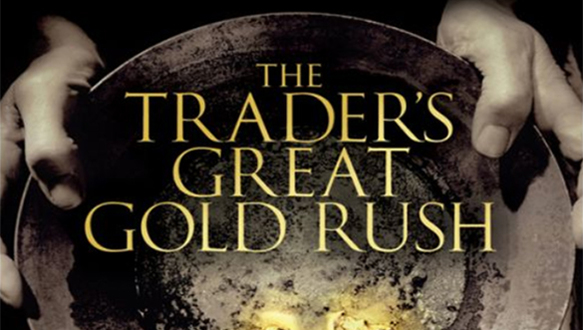 It’s time to buy gold to protect your wealth, and to profit.

China’s economy is slowing dramatically and will continue to slow global economic growth. President Trump sees this as good news because he believes the economic pressure is intensifying and that his counterpart will be compelled to strike a trade deal to shore up the world’s second-largest economy. Trump tweeted Monday morning…

“China’s 2nd Quarter growth is the slowest it has been in more than 27 years…The United States Tariffs are having a major effect on companies wanting to leave China for non-tariffed countries. Thousands of companies are leaving. This is why China wants to make a deal with the U.S. and wishes it had not broken the original deal in the first place.”

Trump once again followed that Tweet with one that asserted his discredited claim that the Chinese — rather than U.S. importers and, indirectly, American consumers — are paying the tariffs he has imposed….

“In the meantime, we are receiving Billions of Dollars in Tariffs from China, with possibly much more to come. These Tariffs are paid for by China devaluing & pumping, not by the U.S. taxpayer!”

Keep in mind that U.S. tariffs on imports are ‘double speak’ for ‘import taxes” the Trump administration is imposing. Anyone who has taken microeconomics in college will tell you the President’s tariff arguments are downright ignorant and deceptive.

President Trump also continues to ignore the reality that China’s economic growth is still expected to end 2019 at 6.2%. Yes, it’s down from 6.6% in 2018, according to Reuters poll of economists posted by the news service on Wednesday.

Further, assuming no trade deal is agreed to economic growth in China is expected by those polled by Reuters to cool to 6.0% or more depending on whether talks stymie and Washington imposes more tariffs on goods and restrictions on Chinese technology companies.

President Trump is also not recognizing publically that the U.S. economic growth could be a lot lower in 2019, and 2020 because of the dramatic drop in exports to China. Consider the fact that China’s exports to the U.S. fell 7.8% in June on-year, while its imports from the United States plunged 31.4%. U.S. exports to China in 2019 could shrink by more than 35% by the end of the year and fall by over 40% in 2020. This is why President Trump is jawboning the Federal Reserve to cut interest rates.

Central Banks and the free market across the globe are cutting interest rates and creating negative interest rate returns in the bond markets.

The danger of cutting interest rates when economic growth here in the United States and around the world when economic growth is still positive is that if this U.S. Trade War against China and Europe is continued and a recession occurs the only way to fight the recession and get the U.S. and world economy to grow will be quantitative easing. That means printing money.

Quantitative easing sent gold over $1,900, only to retreat when the Federal Reserve announced it was ending the policy and was withdrawing the liquidity.

The currently widening of negative interest rates in the bond market signals Quantitative easing ahead. This time by Central Banks globally and this will lead to a global currency war and to in my experience opinion a sharp rise in the market price in gold. I would not be surprised by $5,000, even $10,000 gold by 2022. Now is the time to shift from equities and bonds into gold.

James DiGeorgia has more than 40 years experience in the gold market and was the author of several books on Gold, including… The New Bull Market in Gold: $5,000 Gold and the Many Ways to Profit from it,  Trump’s $5,000 Gold How to Profit from Golds Next Explosive Rise and The Trader’s Great Gold Rush.