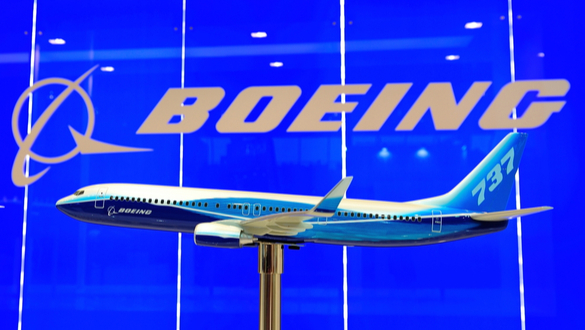 China has proposed spending hundreds of billions of dollars on U.S. products, agriculture, technology, and services to offset the U.S. Chinese trade deficit. By dangling the possibility of excluding Boeing’s 737 Max from their shopping list, the Chinese are creating another important trade bartering chip that will allow them to bring the trade war to an end.

The grounding of Boeing’s 737 Max around the world is a stealth gift to the Chinese. The 737 Max is a technological marvel that legitimately has both a software and pilot training issue. The grounding of these jets has prompted the Chinese to leak the possibility that they intend to remove Boeing company’s troubled 737 Max Jets from a list of American exports it would buy as part of a trade deal to end its ongoing trade war with the United States.

According to numerous press reports, these 737 Jets were on a draft list of American products China would buy to reduce its pare its $300-billion-plus annual goods trade surplus with the U.S. over the next six years. Because these Jets are such big-ticket items, the acquisition of these Jets was likely to be a key component of any commitment by China to buy more American goods, along with soybeans, meat, and natural gas.

We at Wall Street Rebel believe the Chinese will make the most of the possibility of walking away from buying Boeing’s 737 Max Jets and for that will feint retreat on earlier trade concessions to force President Trump to accept a settlement of his trade war. The truth is with the right training, and a software Boeing’s 737 Max Jets are safe and reliable.

Chinese airlines already make up 20% of 737 Max deliveries worldwide through January 2019, according to Boeing’s press releases. The Boeing 737, first entered service in the late 1960s and is the aviation industry’s best-selling model, and Boeing’s top revenue and profit center. The new 737 Max models have taken over 5,000 orders, representing more than $600 billion in Boeing sales; including those that have already been delivered. The Boeing 737 Max competes with rival Airbus SE’s A320neo family for sales around the world.

By threatening to stop buying the Boeing aircraft China is playing hardball. No other country is a bigger buyer of aircraft. China is estimated to buy 7,690 new jets worth $1.2 trillion in the 20 years through 2037, according to Boeing’s latest forecast. The prospect of an official announcement that they will not be buying these Boeing Aircraft is more than President Trump can handle given all the problems he is facing as he begins his campaign for re-election. The Chinese will end up buying these aircraft, but by doing so, they’ll get a much better trade deal from President Trump.