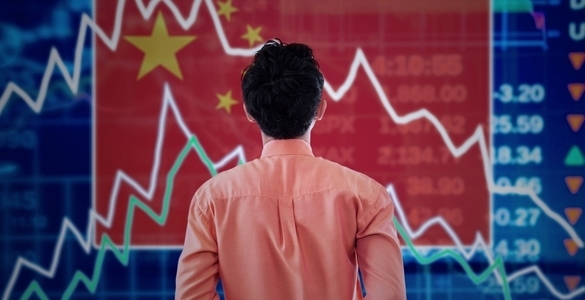 As temperatures fall in a harsh winter, China is experiencing a shortage of natural gas. Local governments are unable to afford to have appropriate supplies of gas on hand because they are cash-strapped as a result of massive expenditures on prohibitively expensive "zero Covid" initiatives.

China lacks natural gas, and the dangerously low temperatures make this harsh winter almost intolerable for many people. They signify very cold evenings with no source of heat for Li Yongqiang.

Tens of millions of people in China are frustrated due to a scarcity of natural gas used extensively throughout the country to heat homes and businesses. This frustration has overflowed into social media.

Since Xi Jinping, the leader of China, reversed his "zero Covid" policy at the beginning of December, hundreds of millions of people in China have already contracted the disease this winter. This program had successfully reduced the number of illnesses, but it needed expensive safeguards such as widespread testing; these efforts depleted the budgets of local governments. It is now difficult for many municipalities, including towns and cities, to raise the funds necessary to pay their own personnel, much less keep an appropriate supply of gas for households.

According to analysts, the crisis has shown structural flaws in China's energy policies and infrastructure while also demonstrating the extent of the global market upheaval caused by Russia's invasion of Ukraine last year.

For a very long time, Russia has been one of the most important sources of natural gas for China and many other nations, notably Europe. During the summer of 2016, Russia stopped its shipments to Europe, which caused governments throughout the globe to begin stockpiling supplies from other countries. Since then, an unusually mild winter has contributed to a drop in gas costs throughout Europe, while China's prolonged exposure to subzero temperatures has the opposite effect, driving up prices even more.

At the same time, the governments of China's provinces and municipalities have been cutting down on the traditional subsidies for natural gas usage that were formerly used to maintain a ceiling on heating costs. In response, the federal government has instructed state and municipal governments to supply heat, but it has not provided those entities with the funding. As a direct consequence, gas is being rationed in the sense that families are getting the very minimum quantity required for preparing meals but only a very small amount for heating their homes.

Within the last five years, Mr. Xi has faced a grassroots energy crisis for the third time. In 2017, his administration made a hasty switch from gas-fired boilers to coal-fired ones throughout a significant portion of northern China. Residents quickly discovered that there was insufficient gas for all of the new boilers after this speedy solution was implemented to reduce air pollution.

The price of coal then skyrocketed in 2021, reaching a level greater than the maximum allowed by regulation for utilities to charge for power produced from coal. Because utilities did not want a financial hit, they temporarily shut down power facilities, contributing to a series of blackouts.

Last year, many European people were concerned about how they would heat their homes over the next winter because President Vladimir V. Putin of Russia reduced and ultimately stopped natural gas imports to the continent.

However, Europe has not just seen an abnormally mild winter. Gas firms there have increased their costs, encouraging users to reduce fuel consumption, and governments have subsidized consumers to make up for at least some of the difference in price. During the fall of 2017, several European businesses built up significant reserves of additional gas. Concerns have subsided over the possibility that European households may run out of natural gas before the end of the winter season.

The temperature has dropped to an uncharacteristically low level in China. The temperatures at a number of meteorological stations in Heilongjiang Province, located in the most northern part of China, dropped to their all-time lowest levels during the weekend. Temperatures at Mohe City, China, the most northern city in China, dropped below minus 50 degrees Celsius for three consecutive days. This week, the Chinese meteorological ministry warned the country's residents to prepare for very cold weather.

The administration is aware of the current gas shortages and is taking action.

At a news conference on January 13, Vice Chairman of the National Development and Reform Commission, Lian Weiliang, stated that "some localities and enterprises have not implemented measures to ensure the supply and price of energy for people's livelihood."

In addition, he said that the national government would hold local authorities accountable for the provision of dwellings, but he did not hint that Beijing would give any financial assistance to assist them in this endeavor. According to what he indicated, China would construct more natural gas storage facilities to avert difficulties of a similar kind in the future.

According to Yan Qin, a China energy analyst working for Refinitiv, a data business based in London, there is enough natural gas in China to see the country through the winter. The issue is that price controls and falling subsidies are making it impossible for gas to reach houses in northern China when the temperature drops.

China has increased its imports of natural gas from Russia even though much of the rest of the globe has rejected Russian energy throughout the conflict. Chinese companies bought cargo that businesses in Japan and other countries were no longer willing to buy as a result of Russia's invasion of Ukraine, which led to a 42.3% increase in the volume of liquefied natural gas (LNG) imports from Russia last year. LNG is a form of natural gas that can be transported by ship.

A significant portion of the Russian gas was brought in at exorbitantly expensive costs. However, Chinese rules place a stringent cap on the amount of profit that may be made by municipal and township gas distributors when selling gas to residential customers. According to Jenny Zhang, a natural gas expert at the Lantau Group, an energy and power consulting firm in Hong Kong that specializes in mainland China, the cost of gas at the wholesale level is up to three times higher than the price that distributors are permitted to charge residential customers this winter. Jenny Zhang provided this figure.

It is legal for gas distributors to pass on any additional expenses to industrial and commercial customers, but this practice is not permitted with private customers. When this happens, the corporations have a strong incentive to stop selling to residential customers and focus their efforts on selling to businesses and industrial consumers instead.

The situation is most difficult in the populous province of Hebei, which is located close to Beijing. In recent years, a great number of regional gas businesses have been at least partially privatized.

According to Ms. Zhang, "They do not have deep wallets," which is problematic when the price of petrol fluctuates.

And municipal administrations in areas like Hebei are under significant financial pressure as a result.

Hebei Province, which has a population of 74.5 million people and surrounds Beijing on three sides, has fared the poorest of all the provinces. Many people in the area no longer have coal or stoves that burn coal, including the grocer, Mr. Li. Because the air pollution from Hebei's usage of coal swiftly wafts into Beijing, the national government has been especially keen during the last five years that houses and companies in Hebei convert to gas as their primary fuel source.

In the fall of 2010, the province's capital, Shijiazhuang, was one of the cities that were among the first to run out of money for Covid testing. It moved fast to stop testing before the end of the previous year as soon as Beijing started hinting at flexibility on the "zero Covid" policy, only to wind up with an instant surge of cases when the decision was made. At this time, the mountainous province is experiencing temperatures far below freezing.

As a result of falling income and growing expenses, the local governments in Hebei have less financial power than they formerly had, making it difficult for them to begin swiftly subsidizing gas for their consumers.

China is now the World's leading green energy producer, It triples down on America's numbers