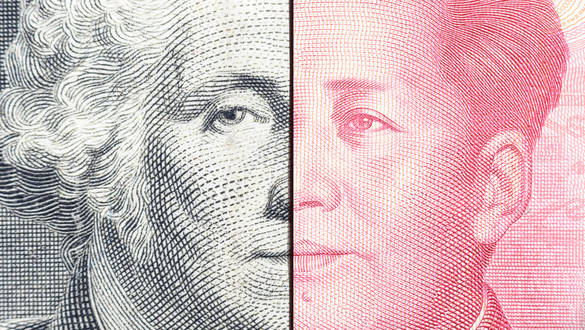 Chinese officials are expecting the Trump Administration will delay the threatened tariff increase that has been threatened to be imposed this Sunday. Both sides of the negotiations have been doing their best to de-escalate tensions by taking turns at unilaterally cutting import taxes.

It’s been made abundantly clear that Beijing that a delay of the threatened December 15, 2019 increase in tariffs will enable current negotiations to continue and finalize the “phase one” deal according to unidentified sources speaking to the press. This has been re-enforced by U.S. Agriculture Secretary Sonny Perdue said Monday that he believed there will be…

The most likely compromise is considered the lowering of the 25% duty on about $250 billion of Chinese products and the 15% levy on another $110 billion that has been opposed by Trump over the past 20-month trade war. The balance of the tariffs that remain would be removed by both the United States and China on each other’s exports if and when a final deal is struck.

President Donald Trump, on Friday of last week, said that he liked the way negotiations were going. Stock futures reversed losses on news of the December 15 increase of tariffs by the Trump administration may be delayed.

Wilbur Ross, the U.S. Commerce Secretary, who was interviewed on Tuesday on the Fox Business Network, said the Trump administration is focused on getting the right deal and considers that the priority and not a  December 15 deadline...

“Every day that goes by, we are in a better negotiating position,”

Ross went on to say the toughest part of the negotiations will likely come after the “phase one” deal is agreed upon. As the two sides attempt to negotiate an agreement that ends the trade war in its entirety.

Allowing a delay on increasing tariffs on the Sunday deadline would allow U.S. Trade Representative Robert Lighthizer’s to focus his attention on Congress to ratify the administration’s revamped free-trade agreement with Mexico and Canada.  The USMCA agreement is a priority of the President to ratify. 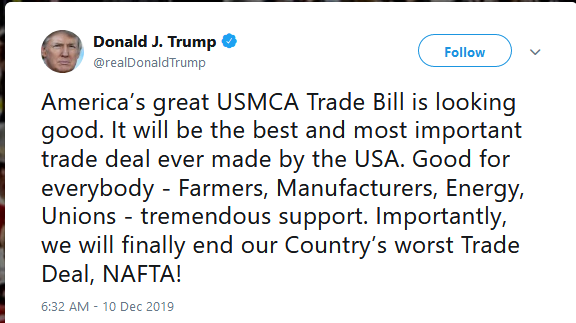 A  resolution would also allow the focus on the new free-trade agreement with Mexico and Canada to hopefully dilute U.S. voter’s attention on the president’s impeachment proceedings in the House of Representatives.

An announcement of a delay in increasing tariffs on Chinese imports would also be bullish for the U.S. financial markets as we enter the holiday season and lift confidence in the global economy. It would also reduce tensions over the over non-trade conflicts that have taken place, including over U.S. legislation passed admonishing China over its reactions to democracy protests that have taken place in Hong Kong, and alleged abuses of China’s Muslim citizens in its far-western Xinjiang province.

A delay of imposing the threatened December 15 tariffs would also allow China to continue to increase its U.S. agricultural purchases. While negotiators are finalizing the provisions for both the “phase one” deal and future buying in the agreement in the next and hopefully final phase of ironing out a comprehensive trade deal. In exchange for dropping and lowering tariffs, the Trump administration’s negotiators want China to agree to a firm schedule of agricultural purchases. While China is insisting any of its buying commitments do not conflict with either country’s obligations under World Trade Organization rules.

With an impeachment trial looming in the U.S. Senate, President Trump is looking to dial back controversy and the appearance of chaos as much as possible. Successful negotiation of a “phase one” trade deal with China and the passage of the new free trade deal between the United States, Canada and Mexico could go a long way in doing precisely that.