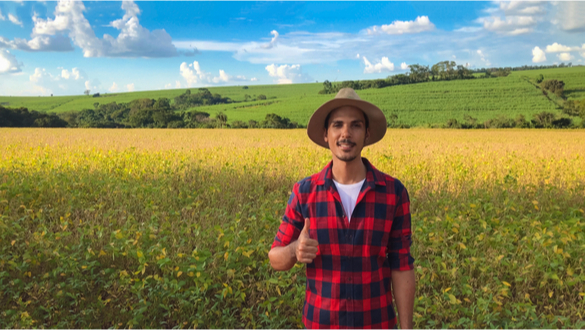 China has ordered huge quantities of soybean imports from Brazil as this South American country has come in handy for filling a soybean supply deficit. This situation cropped up after China decided to stop purchasing soybeans from the USA, as per sources knowledgeable about the situation.

China-based firms have already purchased between 25-30 soy cargoes from Brazil, this week alone. This is around 1.5M – 2M tons of soybean, reported these sources speaking on condition of anonymity since these deals are supposed to be private. Purchasers are still searching for more soybean supply firms in Brazil and don’t yet have enough for covering their requirements until October, stated these sources.

China has ceased its purchases of American soybeans due to rising tensions with the United States. It is procuring soybeans from South American countries. Brazil has supplied ample soybeans for meeting China’s current needs; however, inventories are falling short now. Beijing may not be able to meet its requirements down the road.

Additionally, farmers in Argentina have been withholding their soy harvests as a hedge against currency depreciation as the country prepares to go to the ballot. This has increased China’s supply woes.

Purchases of soybeans from Brazil rose to all-time highs after a 25% tariff hike was imposed on US exports by Beijing as a retaliatory move. Swine fever has hurt soybean meal requirements since pig herds which feed on these soybeans are now shrinking. China is looking at a possible soybean shortage during this year’s 4th quarter, stated these sources.