China Gets What it Wants, Trump Gets Only Resumption of Trade Talks 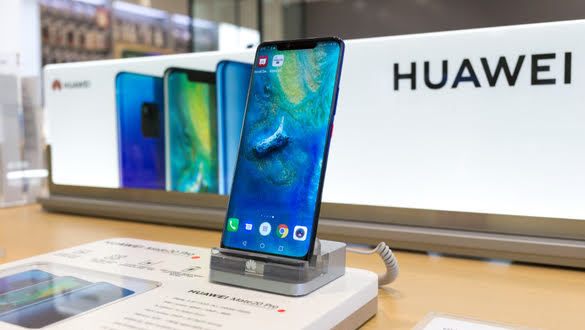 President Trump is so desperate to end the trade war with China that he agreed on Saturday scale back restrictions on Chinese technology giant Huawei and delay new tariffs from going into effect against Chinese goods in his desperation to restart trade talks with China.

The “master negotiator” insisted during a news conference on Saturday that China’s President Xi Jinping has agreed to purchase large amounts of farm products from U.S. farmers but was unable to offer any specifics. Further Chinese officials wouldn’t confirm their President made any promises.

Trump desperately hoped to come away with a trade deal with China, India, and Japan following the Group of 20 Summit. He’s flying home with less than nothing after Europe and China resumed trade with Iran on Friday, openly thwarting U.S. sanctions.

Trump speaking at a press conference, attempted to put lipstick on his failure by trying to bullshit the world press with optimistic empty rhetoric…

“We discussed a lot of things, and we’re right back on track,” Trump said after he met with Xi. “We’ll see what happens. We had a really good meeting.”

“We had a very, very good meeting with China; I would say probably even better than expected. And the negotiations are continuing.”

During the farcical news conference, Trump was pressed by reporters as to what he was able to negotiate in return for the easing of sanctions on Huawei and the resumption of trade talks with China. Trump said China had agreed to purchase a large amount of U.S. farm products. That promise has been made before by China several times and U.S. farmers those promises have proven never to materialize.

Trump claimed that his administration was “going to give them lists” of farm products to buy and insisted it would amount to “tens of billions of dollars” coming in, but offered no specifics of what he was referring.

The lifting of restrictions on Huawei is a significant concession since both Democrats and Republicans had cheered his crackdown against the Chinese technology giant. Trump offered no reason for caving on Huawei, but China had made it clear no resumption of trade talks between the two largest economies unless back peddled on his recently imposed restrictions on Huawei.

Based on Trump’s assertion during his news conference, he would be meeting with aides very soon about rolling back even more restrictions against the Chinese technology company, it’s clear President Xi cleaned Donald Trump’s clock and took advantage of the President’s desperation.

“Trump’s meeting with Xi appeared to defrost, for now, the chilly relations between both countries. Trump said he and Xi dined together Friday and then met again for more than an hour on Saturday. The two hadn’t met since talks fell apart more than a month ago.”

As signs of the global economy slowing down, Trump still had the audacity to claim his effort to rewrite trade rules, cut taxes and scale back regulations was helping the U.S. economy thrive.

Meanwhile, President Xi was careful not to reveal absolutely anything of importance saying…

“China and the United States both benefit from cooperation, and lose in a confrontation…Cooperation and dialogue are better than friction and confrontation.”

President Xi has to beware that Trump’s decision to temporarily postpone increasing Tariffs on $300 billion of additional Chinese imports may last as long as it takes to fly back to Washington.

Tariffs are just another form of import taxes paid by U.S. companies that import products and are passed on to U.S. consumers. Many firms have asked the Commerce Department to be exempted from new tariffs because they say they can’t import the products from elsewhere.

Trump insists in effect crippling U.S. business and imposing these import taxes is the only way to force China to change its trade practices, and has openly lied about the billions of dollars in tariff revenue that the United States has reaped in the past year, which hasn’t even covered the bailout to U.S. farmers.

It’s unclear where the talks might go. Both leaders have shown a willingness to let the fight drag on for much longer, though Trump could face political pressure to wrap up the standoff soon, given concerns about the strength of the U.S. economy and his reelection bid next year.

Trump is counting on Americans not figuring out his imposition of “tariffs” – import taxes on foreign goods is the best way to force other countries to cut better trade deals. Trump has bragged calling himself a “Tariff Man,” despite a long-standing GOP push to embrace free trade and reduce import and export barriers.

In a stunning admission that his tariff strategy, Trump said Saturday his decision to ease the restrictions on Huawei was his desire to help U.S. companies.