Chart in Focus: Trump Thinks He Wants Low Rates Like Europe, But Be Careful What You Ask For 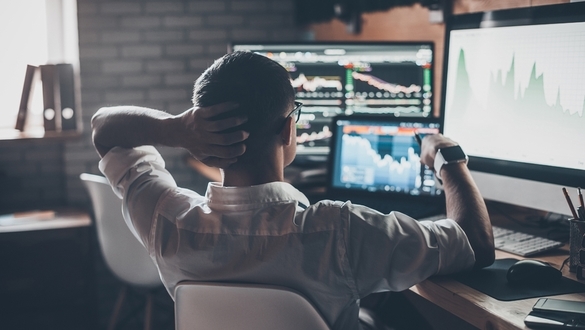 We have a guest appearance this Friday from Tom McClellan of The McClellan Market Report. Tom is one of the best thinkers on Wall Street. We hope you enjoy his comments.

President Trump has been articulating his wish on Twitter and elsewhere that the U.S. have interest rates as low as other countries.  That’s an understandable wish, as no one likes to pay more than the other guy is paying for something.

In economics there are often unintended side effects, and that is what this week’s chart is intended to explore.  It shows the spread between the 10-year U.S. Treasury Note and the 10-year German Bund.  That spread is pretty high right now, with U.S. 10-year rates at 1.77% and German 10-years at -0.52.  The Fed does not control the 10-year rates - - its actions are on the short term end of the maturity spectrum, and so President Trump’s comments toward the Fed are not directly related to what the 10-year yields are doing.

But let’s imagine for a moment that somehow the spread between the U.S. and German rates actually could get back down to something more “fair”.  This week’s chart shows that such an outcome would not be good for the stock market, and thus also not good for the economy.

A falling U.S.-German 10-year spread is associated with bear markets and recessions.  And this spread also gives us early warnings about that when it makes a divergence versus prices.  We may have such a divergence right now, although the DJIA has been generally flat as opposed to making dramatically higher price highs, as the spread starts to fall.

And furthermore, there have been instances when such divergences have gotten rehabilitated by seeing the U.S.-German spread start to widen again.  So seeing an apparent divergence right now is not a guarantee that we are definitely headed into a bear market and a recession imminently.

If we did see a bigger decline in this spread, though, that would presumably be bad news for the stock market and for the economy.  So President Trump and others had better be careful what they wish for.

I should note for the sake of completeness about this topic that this relationship between the U.S. and German bond yields has not always worked this way.  Here is a longer term chart:

This yield spread and stock prices really did not start moving together until the early 1990s, which was just after East Germany and West Germany were unified following the collapse of the Soviet Union.  Whether or not that was the precipitating factor which drove them into correlation is an interesting question, but it is not necessary to answer that question in order for us to observe that there was a change, and that the yield spread is correlating well now with stock prices.