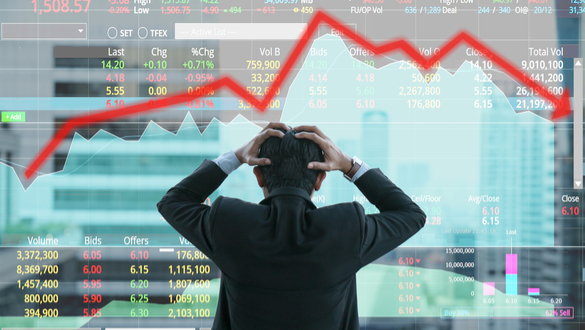 It’s been an ugly December, worse than the one we experienced during the depression in 1931, a year before a Democratic landslide would bring FDR to the first of four times he would be elected President. In many ways, Donald Trump and the GOP are repeating the same mistakes made by Herbert Hoover and his know nothing GOP Congress back in the late 1920s. Worse unlike Hoover, Trump is under-siege by as many as 14 investigations into him, his businesses and his family, in a variety of jurisdictions. This on top of the investigations underway into current and former cabinet members of his administration.

We predicted the Federal Reserve’s decision to hike interest rates a quarter of a point and the likelihood of the Fed to hint that only two more hikes look likely at this point. We closed a key short position in World Opportunity Investor before the Federal Reserve reported their decision and then stood back and watched like everyone else.  Our Fed call came to fruition; instead of the 280 point rally in midday that would have turned into a 600 to 800 point rally from now to the end of the year, the Dow Jones dropped a whopping 780 + points from its highs.  Finally ending the rollercoaster ride at 351 points down.  We are now down 16% from the market high this year, an all-time high.

The Federal Reserve may have been the catalyst but bottom line this wild market, the fear is all the result of a ‘chaos Presidency”. Between the lies, criminal investigations, the trade wars and the never-ending tweets of stupidity we are now on the cusp of a 20% decline (Dow Jones 21,600) and the official designation of a BEAR MARKET attached to the market.

Saturday Night Live’s show opener last Saturday imagined what POTUS 45 life would have been like, what the world would be like had Hillary Clinton had been elected instead of him…

The SNL skit made President Trump so angry he threatened NBC with a lawsuit. The Christmas tale based on the classic film A Wonderful Life was capable of enraging the President because he realized it was on target. Trump’s life was destined to become a tragedy on Election Day November 2016. The meltdown taking place on Wall Street is now likely to reach the 20% down confirmation of a bull market…. Dow 21,600 and in doing so we will see a large number of complacent Americans, as wells as Trump voters who were willing to give the businessman a pass on his, his family’s and administrations scandals a pass suddenly turn on him. The fact is he’s incompetent and unsuited for the Oval Office.

He’s alienating the NATO alliance and too willing to crawl in bed for money like a street whore with mass murderers like Vladimir Putin, and the Crown Prince of Saudi Arabia MBS. He’s too willing to screw over American companies, farmers and willing to lie to the American people.

There’s an earthquake coming – a black swan event that will both send this market to a bottom that will culminate in President Trump either resigning or being forced from office to save himself and his family from prison. The chaos President will likely be removed from office after Vice President Pence like Agnew is forced to resign for his felonies. We expect Congress to choose our next President by vote. Nancy Pelosi will step aside and allow Congress to elected Joseph Biden our 46th President of the United States on the promise he will not run for office but will instead choose a credible member of the GOP to create a unity government for the remaining President term. This astounding end of the Trump presidency will be the catalyst for a Wall Street comeback that should drive the Dow Jones over 27,000 to a new high. Why… consider the SNL skit and the list of what would have come to be if Trump had not been elected.