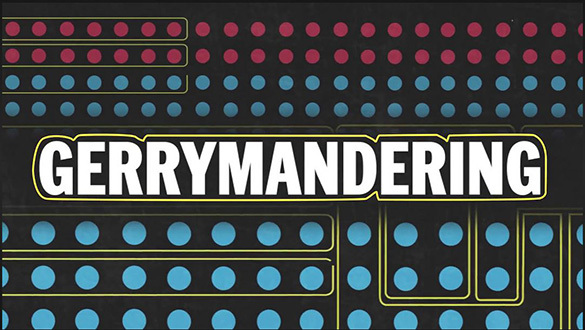 Today marks the beginning of one of the most important days in the history of American politics, one that will have ramifications for decades to come. The release of the 2020 census.

The Census Bureau of the United States of America published its most recent batch of 2020 Census data on Thursday.

Over the past decade, changes in the country's demographic makeup have been shown by the data used by states to decide how to perform congressional redistricting procedures.

Everyone who lived in the United States on April 1, 2020, according to these results, is accurately represented by the findings.

In the late afternoon today afternoon, the Census Bureau will release the data used to redraw the political boundaries of all 50 states.

It is a constitutionally mandated process that must be completed every ten years, making it very essential.

The question of whether districts should be maintained, decreased, or made more or less competitive is a heated political debate that takes place in almost every redistricting process.

Those who are standing by are particularly concerned at this time.

A major element is a decision in the case Common Cause v. Rucho, which the Supreme Court handed down in 2019. Specifically, the Supreme Court ruled that federal courts could do nothing to prohibit lawmakers from drastically changing legislative districts for political purposes for the first time in the country's history.

The question of whether districts should be maintained, decreased, or made more or less competitive is a heated political debate that takes place in almost every redistricting process. Those who are standing by are particularly concerned at this time.

Legislators, who have complete authority over the redistricting process, may be encouraged to tamper with districts to ensure election wins for their respective political parties due to this decision.

It will also benefit Republicans, who are anticipated to have complete control over the redistricting process this year.

It has happened quietly, but this is an event in American politics for the next decade.

In the late afternoon today afternoon, the Census Bureau will release the data that will be used to redraw the political boundaries of all 50 states.

Among the information will be the first national and local 2020 Census information on the voting age population as well as race, Hispanic origin, home occupation or vacancy, and the number of individuals who live in group quarters such as military barracks or university dormitories as well as jails or prisons, among other things.

Gender and age breakdowns are not included in these statistics; however, such information will be made accessible in the future.

Individuals will be divided into two groups based on their age: those under the age of 18 and those above 18.

Another source of concern is the absence of oversight by the federal government. Since 1965, the Voting Rights Act has required that districts in regions with a history of voting discrimination be pre-approved by the Justice Department or a three-judge panel in Washington, DC, before they may go into effect unless they comply with the law.

Following a 2013 Supreme Court ruling, states are no longer required to obtain such pre-clearance from the federal government. As a result, states may now try to redesign electoral boundaries to reduce the influence of minority voters.

Civil rights and other groups may still file lawsuits against the districts, but they will certainly do so after they are implemented. As a result, although litigation moves slowly through the courts, elections in these racially biased districts may occur.

The data itself is a significant source of contention. There have been ongoing worries that the 2020 Census count was inaccurate and that minorities were undercounted in the census. Even though the agency has repeatedly said that it is confident in the data, experts will examine it for anomalies to ensure accuracy.

The data published today would have been provided earlier in the year in a normal redistricting cycle, giving states enough time to draw new maps before the November election. However, the data is delayed due to the Covid-related delays in the 2020 census data collection.

Because states are rushing against the clock to finalize their electoral maps in time for next year's elections, this creates another problem for the federal government.

It is well known that redistricting is an opaque and challenging process, and the shortened timetable may allow lawmakers to push through plans with little or no public involvement.

Aside from redistricting, the census data is expected to show the pace at which the non-white population in the United States is growing, according to predictions.

According to the Washington Post, the new numbers are likely to confirm predictions that non-white people account for almost all of the United States' population growth, while the white population is declining, as previously reported.