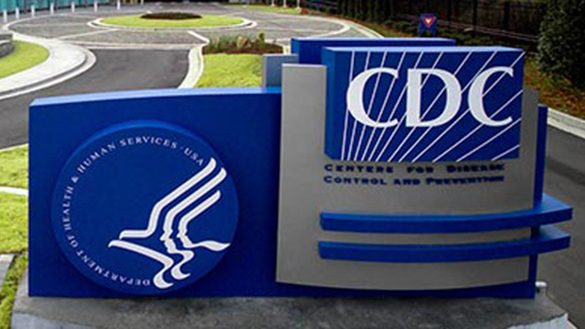 The Centers for Disease Control and Prevention released three alarming studies on Wednesday that shows all Americans would require booster doses of the Pfizer-BioNTech and Moderna coronavirus vaccines.

The Centers for Disease Control’s release of three studies that indicate booster shots will be needed draws criticism and disagreement from some experts who insist the new research studies did not support the decision to recommend booster shots.

The studies released by the CDC show that although the vaccines remain highly effective against hospitalizations, their ability to protect against Covid-19 infection weakens, and booster shots may be needed six to eight months after initial vaccinations.

Over time, the lack of effectiveness may result from waning immunity, a drop in precautions like wearing masks, or the rise of the highly contagious Delta variant — or a combination of all three.

“We are concerned that this pattern of decline we are seeing will continue in the months ahead, which could lead to reduced protection against severe disease, hospitalization, and death.”

Citing the data, federal health officials have now outlined a plan for Americans who received the two vaccines to get booster shots eight months after receiving their second doses, starting September 20.

Some scientists and medical experts are skeptical of this new plan.

Dr. Celine Gounder, an infectious disease specialist at Bellevue Hospital Center and a former adviser on the pandemic to the administration, said…

“These data support giving additional doses of vaccine to highly immunocompromised persons and nursing home residents, not to the general public.”

“Boosters would only be warranted if the vaccines were failing to prevent people from ending up hospitalized with Covid-19.”

“Feeling sick like a dog and laid up in bed, but not in the hospital with severe Covid, is not a good enough reason. We’ll be better protected by vaccinating the unvaccinated here and around the world.”

Bill Hanage, an epidemiologist at the Harvard T.H. Chan School of Public Health…

“It’s unclear whether a third dose would help people who did not produce a robust response to the first two doses.”

“A third shot will add to skepticism among people yet to receive one dose that the vaccines help them.”

Ellie Murray, an epidemiologist at Boston University, points out…

“Together, the new studies released by the C.D.C. indicate overall that vaccines have an effectiveness of roughly 55% against infections, 80% against symptomatic infection, and 90% or higher against hospitalization.”

“Those numbers are actually very good. The only group that these data would suggest boosters for, to me, is immunocompromised.”

“The drop in protection against infection could be the result of increased exposure to a highly contagious variant during a period of unfettered social interactions.”

“This seems to me like a real possibility, since many early vaccinated were motivated by a desire to see friends and family and get back to normal.”

“Booster shots of the vaccines would undoubtedly boost immunity in an individual, but the benefit may be minimal — and obtained just as easily by wearing a mask or avoiding indoor dining and crowded bars.”

The Biden administration’s emphasis on vaccines has undermined the importance of building other precautions into people’s lives in comfortable and sustainable ways and building capacity for testing, she and other experts argue.

“This is part of why I think the administration’s focus on vaccines is so damaging to morale; we probably won’t be going back to normal anytime soon.”

The Food and Drug Administration is standing in the way of booster shots because they must first authorize a third dose of the mRNA vaccines made by Pfizer-BioNTech and Moderna. An advisory committee of the C.D.C. must review the evidence and make recommendations.

One of the new C.D.C. studies analyzed revealed on Wednesday the effectiveness of vaccines among residents of nearly 4,000 nursing homes from March 1 to May 9, before the Delta variant’s emergence, and almost 15,000 nursing homes from June 21 to August 1, when the variant dominated new infections in the country. According to the study… The study found that the vaccines’ effectiveness at preventing infections dropped from about 75 percent to 53 percent between those dates. It did not evaluate the vaccines’ protection against severe illness.

“It’s fully possible that the vaccine effectiveness reported here hasn’t actually declined over time. The decline in effectiveness also could have resulted from the spread of the Delta variant.”

A second study evaluated data from New York State from May 3 to July 25, when the Delta variant grew to represent more than 80% of new cases. The study found that the effectiveness of vaccines in preventing cases in adults declined from 91.7 percent to 79.8 percent during that time. But the vaccines remained just as effective at preventing hospitalizations.

During these weeks, New York recorded 9,675 breakthrough infections — roughly 20% of total cases in the state — and 1,271 hospitalizations in vaccinated people, which accounted for 15% of all Covid-19 hospitalizations.

The C.D.C. also reported that … fully immunized people of all ages got infected with the virus, vaccine effectiveness showed the sharpest drop, from 90.6 percent to 74.6 percent, in people aged 18 through 49 years — who are often the least likely to take precautions and the most likely to socialize.

Meanwhile, data from Israel has suggested that immunity against infection has waned in vaccinated adults 65 or older. But in the New York data, the effectiveness of the vaccines in that group barely budged.

Adults ages 65 or older were more likely to be hospitalized than other age groups, regardless of vaccination status. But the vaccines did not show a decline in effectiveness against hospitalizations in any of the age groups.

Dr. Gounder also pointed to the third study released by the C.D.C. that found that the vaccines showed 90 percent effectiveness against hospitalizations in the country, “which is excellent,”

Dr. Gounder also pointed out that the vaccines were less protective against hospitalization in immunocompromised people…

“But not all immunocompromised persons will respond to an additional dose of vaccine. To protect these vulnerable individuals, everyone around them should be vaccinated and should continue to wear masks.”

The vaccines may appear to be less effective than they did in clinical trials because they were conducted before the highly contagious Delta variant emerged. The vaccines can also lose effectiveness as more unvaccinated people become infected with the virus and gain natural immunity.

“If preventing infection is the goal, it would be wiser to offer a booster of a nasal spray vaccine, which is better at inducing immunity in the nose and throat, where the virus enters.”