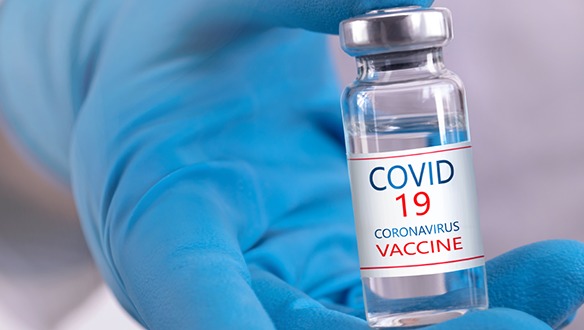 According to federal health regulators, Johnson & Johnson’s coronavirus vaccine’s usage should be halted immediately after six patients formed an unusual and severe form of a blood clot after taking the injection.

A joint release from the Food and Drug Administration and the Centers for Disease Control and Prevention, the women impacted were between the ages of 18 and 48, and their signs appeared 6-13 days after the injection. According to federal authorities, one citizen has died, and another is in a serious facility condition.

Acting FDA Commissioner Janet Woodcock stated that the delay would last “a matter of days.”

J&J announced Tuesday that it will postpone the launch of its vaccine in Europe until safety data is analyzed. Some states in the United States stated they will stop using the vaccine immediately.

“This announcement will not have a significant impact on our vaccination plan: Johnson & Johnson vaccine makes up less than 5 percent of the recorded shots in arms in the United States to date.”

On Monday, the CDC and FDA announced that over 6.8 million doses of the single-shot vaccine have been administered throughout the United States.

The vaccination advisory committee of the CDC will meet on Wednesday to discuss the blood clotting cases. The FDA will look over the CDC’s findings and launch its own inquiry.

Peter Marks, the FDA’s main vaccine regulator, and Anne Schuchat, the CDC’s Principal Deputy Director, said in a joint statement, “Until that process is complete, we are recommending a pause in the use of this vaccine out of an abundance of caution.”

On a conference call with reporters, officials said it is too early to determine if the blood clots were caused by specific health problems or other causes such as age and birth control usage, but that further instances may be confirmed.

Marks also indicated that J&J was experiencing the same issues that had caused many European countries to restrict the usage of AstraZeneca’s Covid19 shot. Both are manufactured with adenovirus technology.

“It’s plainly obvious to us already that what we’re seeing with the Janssen vaccine looks very similar to what was being seen with the AstraZeneca vaccine,” Marks said.

Following news of blood clots last month, more than a dozen European countries halted usage of AstraZeneca’s vaccine. Although most have resumed use, some are limiting it to older populations.

“Out of an abundance of caution, the CDC and FDA have recommended a pause in the use of our vaccine,” Johnson & Johnson said. “In addition, we have been reviewing these cases with European health authorities. We have made the decision to proactively delay the rollout of our vaccine in Europe.”

Walgreens and CVS have announced that they will no longer have the vaccine at their dispensaries and off-site facilities.

Providers are coordinating with customers who are due to get the J&J shot to redirect them to alternative solutions. According to Schuchat, the CDC’s principal deputy director…

“This may be a bit bumpy: we want to make sure we are getting the word out to the public and to our providers.”

“We’re going to let you know what we know when we know it and what you can do to protect yourself. And our intention is to update you in the days ahead.”

Concerns regarding blood clots first emerged when the FDA was evaluating the J&J vaccine for emergency approval. In late March, the agency’s vaccine advisory committee voted 22-0 to approve the injection but acknowledged a possible connection to unusual cases of clotting. The FDA said at the time that the existing data did not support a correlation between the shot and the clotting reports but that it will continue to track the frequency of blood clots in the general community to determine any link to the vaccine.

The federal health officials’ alert comes only days after the European Medicines Agency said that it looked into four cases of blood clotting in people who got the J&J vaccine. According to the European regulator on Friday, one of the cases happened in a clinical study participant, while the other three were identified in the United States.

According to the EMA, all four incidents were thromboembolic accidents, in which a blood clot occurs in one vessel, breaks off, and prevents another, and one individual died. The department has stated that it was unclear if the clots were a result of the vaccination.

The European Medicines Agency (EMA) said last week that there is a “possible correlation” between the AstraZeneca shot and cases of blood clotting and low platelets. Still, it backed the vaccine’s continued use.

The European Commission is still looking at possible connections between the AstraZeneca shot and an unusual disorder known as capillary leak syndrome. It escapes from blood vessels, causing tissues to swell and blood pressure to decrease.

The CDC and FDA also advised states and health care facilities to follow suit, in part to encourage medical professionals to understand more about the specific form of clotting that has been identified.

According to a study posted by the FDA on February 24, 2021, the one-shot Johnson & Johnson coronavirus vaccine was found to be safe and successful against COVID-19 and to avoid hospitalizations and death.

According to The Washington Post, the Johnson & Johnson vaccine was 85 percent successful in avoiding serious disease, but it was just 66 percent effective in preventing mild illness.

According to the New York Times, the vaccination was also 64 percent successful overall in South Africa, where the majority of cases are caused by a strain of the virus, a seven-point increase from previously published results.