Caterpillar Inc. Reports Monday: What Damage Will Trump’s Tariffs Do To The Bottom Lines of U.S. Companies? 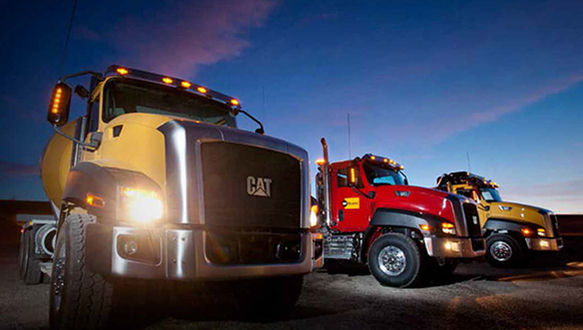 Sources in Washington have shared the news with me that President Trump has learned from his lawyers over this past weekend that his son, Donald Trump Jr., Russian President Vladimir Putin and himself have had their designations changed from “Subjects” to “Targets” of the Mueller probe.

This means that his son and the Russian President Putin will be named in an indictment that will be unsealed as early as August 30, 2018, and that President Trump is likely to be named in the unveiled indictment as an unindicted co-conspirator and, a sealed indictment will be waiting for him the day he leaves office.

This news sent the President on a Twitter storm from Sunday, carrying over till today when he Tweeted that Attorney General Jeff Sessions … “should stop this rigged witch hunt,” … heightening his attacks on the special counsel’s investigation into whether his campaign colluded with Russia in the 2016 presidential election and whether he obstructed justice.

Ironically the tweet, like many of his Tweets during the last 18 months will likely become part and evidence in special counsel’s Robert Mueller’s probe. Legal analysts and Mueller watchers have confirmed to several news reporters covering the events in Washington that investigators have been and continue to look at Trump’s Twitter rants to determine whether they are part of an attempt to obstruct justice, The New York Times reported last week.

AG Jeff Sessions recusal from any involvement early in Trump’s Presidency, after he was caught lying to Congress about his meetings with Russian officials while an adviser to Trump’s campaign. His deputy later appointed Mueller as Robert Rosenstein special counsel to pursue the probe.

Since then, Trump has frequently raged at Sessions. However, today was his first outright demand that Deputy AG Robert Rosenstein terminate the Special Council.

While those journalists covering the events in Washington agree with Trump’s new tweet and tirade came as the public is becoming more aware Mueller’s investigation. My sources in Washington tell me the “real catalyst” for the President’s explosive new series of attacks on Mueller and Sessions were set off after being informed that he is very likely to be named in a comprehensive indictment of his son and President Putin and his indictment will be held under seal.

My sources tell me Trump not being indicted outright isn’t a reprieve. His lawyers have advised Trump that he is likely going to be named in a sealed indictment that will be opened the day he leaves the office of the Presidency.

The President is so upset that he’s capable of doing anything at this point including pardoning his former Trump campaign chairman Paul Manafort, who has been charged and is already on trial for tax evasion, money laundering and defrauding the United States, related to his work as a pro-Russia lobbyist in Ukraine.

His lawyers have cautioned the President, and his advisors in and out of the White House that pardoning Manafort who is still on trial for tax evasion, money laundering and defrauding the United States and faces another trial after this first one is completed could be disastrous for the GOP going into the mid-term elections.

The President is not listening and keeps insisting that Mueller’s case against Manafort has “nothing to do with Collusion” and again referred to Mueller’s investigation as “a Hoax.”

“His advisors and lawyers are telling him to calm down and not do anything rash,” but conservative media including Sean Hannity is encouraging him to fire  AG Jeff Sessions and Deputy AG Robert Rosenstein to replace them with someone who will terminate the Mueller probe.

Trump’s attorney spokesman Rudy Giuliani, downplayed the President’s tweet and insisted the president had been sharing “his opinion” rather than giving an order.

“The President was expressing his opinion on his favored medium for asserting his First Amendment right of free speech. Giuliani ‘should’ not ‘must’ and no Presidential order was issued or will be.”

“It’s not an order. It’s the president’s opinion.”