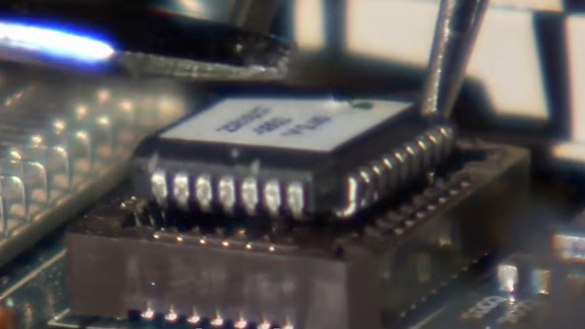 Auto manufacturing provides a large number of employees. Thus any production issues have repercussions across the global economy.

Crisis in the auto industry, a powerful engine of the global economy, is threatening development and sending tremors through businesses and communities that rely on carmakers for money and employment.

Jobs are at risk with every vehicle or truck that does not roll off a production line in Detroit, Stuttgart, or Shanghai.

They may be miners excavating ore for steel in Finland, tire molders in Thailand, or Volkswagen employees in Slovakia right instrument panels in sport utility vehicles.

Those who rely on them for a living are threatened by supply shortages and transportation bottlenecks pushing enterprises to restrict operations.

The auto sector contributes for around 3 percent of worldwide economic production, with the amount being substantially greater in car-producing nations such as Germany, Mexico, Japan, South Korea, and states such as Michigan.

A slump in the auto industry may create wounds that take years to heal.

The ripple effects of the semiconductor crisis, which is causing practically all automobile manufacturers to decrease shifts or temporarily shut down assembly lines, might be powerful enough to send certain nations into recession.

Parts shortages led exports in Japan, the home of Toyota and Nissan, to decline by 46 percent in September compared to the same month the previous year - powerful evidence of the automobile industry's significance to the economy.

According to Ian Shepherdson, chief economist of Pantheon Macroeconomics, "it has a significant negative impact on GDP and employment."

Some of the pain has been alleviated by automobile manufacturers boosting prices and passing some of the burdens on to car customers.

Despite reporting significant declines in sales and profitability for the summer quarter, Ford and General Motors boosted their profit predictions for the whole year.

Daimler, the producer of Mercedes-Benz automobiles, said Friday that its net profit increased by 20% in the third quarter, even though it sold 25% fewer vehicles.

Increased sticker prices more than made up for it.

The brunt of the pain is being felt by employees and anybody who needs a reasonably priced automobile.

Automakers have been assigning limited chips to high-end and other automobiles that earn the greatest profit, resulting in extended wait times for less-priced vehicles.

Because there aren't enough new automobiles on the market, the costs of used cars are soaring.

Automakers are continuing to turn out vehicles with solid profit margins, such as the Ford F-150 and Chevrolet Silverado trucks, according to Ram Kidambi, a partner at the consulting company Kearney headquartered in Detroit.

"However, cars with smaller margins are being hit, and as a result, the labor force is being impacted."

Agricultural tractors for the United States market are manufactured by Mahindra Ag North America, an arm of the giant Indian vehicle manufacturer that began producing tractors for the market last year when the prices of critical raw materials such as steel and copper began to rise, according to Viren Popli, the chief executive of Mahindra Ag North America.

Because of the world's unequal recovery from the coronavirus epidemic, the far-flung nodes of the global supply chain were out of sync and unable to communicate with one another.

By late summer, the United States had begun delivering booster doses. In contrast, a severe epidemic in Malaysia had forced the closure of facilities there.

Mahindra soon depleted its current inventory of components, forcing the company to wait for new supplies.

Meanwhile, they were held up in ports by hundreds of ships, with container fees rising to $20,000 from $3,000 per container.

Stellantis' factory in Ontario, for example, is typically the largest private-sector employer in the surrounding area, making its closure all the more heartbreaking.

Because automobile factories tend to dominate the local economy, it is difficult for them to be replaced.

According to research published in 2019 by the International Monetary Fund, unemployment caused by auto production shutdowns might last for years.

In Eisenach, Germany, a city with 42,000 people, Opel manufactures a small SUV named the Grandland.

However, according to the company, Stellantis, which also owns Opel, shut down the facility in October and does not expect to resume manufacturing until the following year.

Because Stellantis also manufacture the Grandland at a facility in France, workers are concerned that the closure will be permanent.

Around 2,000 individuals who work at the Eisenach plant or its suppliers are on paid leave at this time.

However, Katja Wolf, the mayor of Eisenach, who spoke at a worker protest in front of the facility on Friday, said people were hesitant to spend since they didn't know when the plant would reopen.

Local businesses suffer as a result of this.

"The most difficult issue is the uncertainty about the future, especially at a time when the car sector is already in turmoil," Ms. Wolf said in an interview.

There are no new automobiles or costly trips purchased by the public.

"They are very concerned."

There are a number of other components in low supply besides semiconductors.

Carmakers are also scrambling to find the sort of plastic used to contain windshield wiper fluid and form the dashboard, as well as the foam used to manufacture seats.

According to AlixPartners, shortages would result in 7.7 million fewer cars being manufactured this year, resulting in a $210 billion loss in income for the automotive sector.

The majority of the world's vehicle and auto component manufacturing is concentrated in a limited number of nations.

They include major players like the United States and China and minor nations such as Thailand.

The longer that component and materials shortages continue, the greater the economic effect. Vehicles are required for modern economies to operate correctly.

Trucks, which are necessary for transferring products, are difficult to come by these days, posing a barrier to economic development.

Even if semiconductor manufacturers have vowed to expand supply, establishing new plants may take years, and automobile manufacturers are not often the most important clients behind technological giants.

5 reasons why the world is running out of chips