Can Trump be Considered Not a Former President? 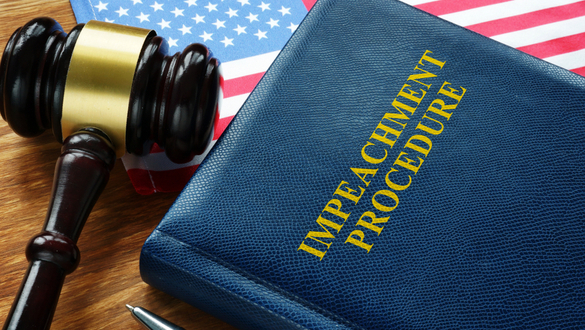 CNN’s Michael Warren and Jamie Gangel are reporting today that several former Trump administration members tell Senate Minority Leader Mitch McConnell (R-KY) that they don’t want to see their former boss run for office ever again.  They ask that McConnell organize and persuade 17 GOP Senators to convict POTUS45 and vote after he is convicted of preventing him from ever holding federal office again. This would bare Donald J. Trump from running for President in 2024.

CNN and other news sources are reporting that Senator McConnell would also like to see Trump permanently leave the political scene in the wake of January 6, 2021, deadly insurrection at the United States Capitol building. Still, he’s not yet sure whether convicting the President is the best way to finish the job.

“Mitch said to me he wants Trump gone,”

At this point, the prevailing opinion is the odds of Trump being convicted by the Senate remain slim. According to CNN’s Warren and Gangel, another GOP source that many lawmakers in the Republican Party believe cannot survive long term unless it takes Trump totally out of the picture.

Quoting a former GOP official, Warren and Gangel are reporting…

“Trump created a cult of personality that is hard to dismantle.”

“Conviction could do that.”

McConnell asks Senate Majority Leader Chuck Schumer to delay the Senate trial until late February. It’s widely believed that the steady string of adverse disclosures about President Trump, his two oldest sons, and others involved in inciting the January 6th insurrection will create enough pressure to allow him to garner the needed 17 Republican votes. He’s also voiced the request to let Trump put together a legal defense. For his part, Senator Schumer announced today that the Speaker of the House, Nancy Pelosi, and the House Impeachment managers present the single impeachment article to the Senate on Monday.

Former President would have to be both convicted by the Senate, and a vote by a simple majority would then bar him from serving in a federal office. Being convicted would cost Trump his presidential pension, $1 million a year of travel expenses provided to ex-presidents, and the loss of his Secret Service protection.

There is some confusion about the Secret Service perk.

Two relevant laws use a different language on who counts as a “former president” have opposing views that will most likely require a visit before a federal judge.

One law, the Former Presidents Act, says explicitly that a president who gets booted by the Senate does not count as a “former president,” for certain post-presidency perks.

Here is what is at stake for Donald J. Trump.