Can the Republican Party Legislate Progress and Not Retribution? 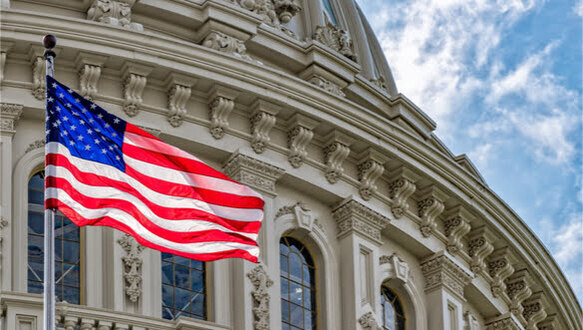 As a result of the Democrats owning the Senate and the Republicans dominating the House of Representatives, it is possible that Washington could become immobilized by contentious disagreements over crucial responsibilities, which will, in turn, spread disorder across the government.

The Republican Party was able to reclaim control of the House of Representatives even though it did not experience the "red wave" that many prominent Republicans had anticipated it would. A week after Election Day, some races still have not been called, but Republicans have picked up at least 218 seats and will take control of the chamber in 2019. Republican leaders are facing blowback for failing to deliver in what many consider a favorable political environment for their party.

Bitter battles over fundamental responsibilities, such as allocating funds for the government, might bring Washington to a standstill with the Republicans taking control of the House of Representations and the Senate in control by the Democrats.

The most important question for what lies ahead is whether or not Representative Kevin McCarthy of California, elected House GOP leader over objections from Chip Roy, Michael Cloud, and other hard-liners, will be able to achieve the unity required to carry out fundamental tasks such as funding the government, or whether or not unyielding members on the far right will make the life of the new speaker a living hell and the House an unmanageable mess.

With a likely victory of fewer than ten seats in the House of Representatives, the Republicans will be able to assert control, including the ability to issue subpoenas, establish the agenda, manage the committees, and seek to distract President Biden's agendas with political nonsense of promised investigations.

There is no doubt that the Republicans will press ahead forcefully once they take control of the gavels; despite their dismal performance, they will not be shamed into partnering with Mr. Biden. They aren't interested in legislating so much as investigating. In the eyes of many, it is the heart of the election.

As requested by their Make America Great Again (MAGA) followers, the only outcomes that concern many members of the House majority are those that inflict political harm on President Biden and legislative Democrats. Right-wing lawmakers such as Representative Marjorie Taylor Greene of Georgia, who was present at the Monday meeting of Republicans behind closed doors, were able to secure a commitment from their party's leaders that an investigation would be conducted into how Speaker Nancy Pelosi and the Justice Department handled the treatment of defendants who were being held in jail in connection with the attack on the Capitol on January 6.

Another prominent figure on the right, Florida Representative Matt Gaetz, calls for aggressive action against Democrats. Specifically, he wants investigations into the handling of the coronavirus outbreak and immigration policy, as well as a speedy impeachment of Joe Biden.

The White House of President Joe Biden will likewise be subjected to a barrage of investigations covering various topics. The most senior Republicans serving on the House Oversight and Judiciary committees have already indicated that they intend to investigate the business dealings of Hunter Biden, President Joe Biden's son, as well as the president's border policies, the origins of the coronavirus, and the withdrawal of United States troops from Afghanistan. However, because the margin is so thin, there may be pressure from more moderate Republicans to draw back on some of the investigations and instead concentrate on topics that demonstrate a GOP chamber's ability to govern.

Is taking retribution the sole item on the agenda for the newly appointed ruling body?

Investigations cannot be the primary focus of the new leadership. Even though many of its members are extremely used to voting "no" on almost everything, they still need to find some "yes" votes to approve budget bills and other legislation that must pass to keep the government functioning.

In September, McCarthy and other senior Republican leaders presented their plan, which they dubbed a "Commitment to America." It primarily emphasizes achieving broad objectives in the following four domains: the economy, personal freedom, security, and government accountability.

Suppose the parties involved are unable to reach an agreement. In that case, this might result in a scenario in which the United States runs the danger of defaulting on its debt, which would deliver a terrible blow to the economy. There are a little less than two months remaining in this session of Congress, and Democrats have considered moving forward with legislation that would remove the possibility of reaching the debt limit. However, it is unclear if there is enough time to do so.

Since the rise and fall of Newt Gingrich in the House in the 1990s, Republicans have faced down Democratic administrations over raising the federal debt limit and have shut down the government over spending disputes. In addition, Republicans have faced down Democratic administrations over raising the debt limit. In the past, it was possible to count on Republicans with a greater interest in the role of government, like Mr. Upton, to come forward and provide the votes necessary to solve a problem. However, the ranks of realists have been drastically reduced, and they have been replaced by legislators who want nothing more than to engage in a game of budgetary chicken, even though the economy is already in a precarious state.

Republicans in the House of Representatives are exerting pressure on the incoming team to agree to rule changes that could make it more difficult for the leadership to bring bills to the floor for a vote. This strategy could put at important risk legislation, such as an increase in the ceiling on the nation's debt. Republican leaders can seek votes from Democrats; they will probably be obliged to do so. However, suppose they make too many concessions or engage in too much bipartisan collaboration. In that case, an internal revolt is likely to ensue.

Not to mention the fact that House Democrats, who are pleased with how well they performed in their own election, will not be in a rush to save Republican leaders from their soldiers if they do not get anything in return for their assistance.

The life of the speaker of the House is only going to get more difficult as a result of the Democratic majority in the Senate. The fact that Democrats could maintain and maybe even extend their majority in the Senate despite the historical tendencies working against them has provided them with a boost of confidence. They want to demonstrate their strength by moving through with legislative ideas that are similar to the ones they feel contribute to their success. The fact that Democrats now control the Senate means that the chamber's committees will not be conducting parallel investigations of the administration, contrary to the expectations of the Republican minority.

Senator Chuck Schumer, a Democrat from New York, has extended an olive branch to Republicans to attempt to collaborate with Democrats on legislative proposals. However, it is doubtful that House Republicans would want to take him up on his offer.

In January, when the new session of the Senate begins, the ranks of the Republican Party will not include Senators Rob Portman of Ohio, Roy Blunt of Missouri, or Richard M. Burr of North Carolina. These senators are seasoned mainstream Republicans upon whom Senator Mitch McConnell of Kentucky, the minority leader, could rely on casting difficult votes on must-pass bills. They will be succeeded by Senators-elect J.D. Vance of Ohio, Eric Schmitt of Missouri, and Ted Budd of North Carolina, all of whom have won the ardent support of the previous president, Donald J. Trump.

In the United States Senate, newcomers will include, among others, Senator-elect Markwayne Mullin of Oklahoma, a congressman who is a member of the ultraconservative House Freedom Caucus, and possibly Herschel Walker of Georgia, an additional Trump supporter if he wins the runoff election on December 6.

At the same time, Mr. McConnell will probably be subjected to persistent attacks from Mr. Trump, who has frequently called for his removal from office. He was already up against a mini-rebellion in his own ranks when Senator Rick Scott of Florida, who led the Republican campaign arm for the Senate, challenged him for the leadership position. Although Mr. McConnell was victorious, his steps will continue to be scrutinized as the Republican Party fights to establish its identity.

Both parties still scrutinized the election results to decipher voters' signals. This information might guide party leaders' actions over the following two years in preparation for the next presidential election, which is on the horizon. But one thing is already abundantly clear: Because the Republicans will have an almost nonexistent majority in the House, they are in for a bumpy ride, and it will be difficult to do even the most fundamental tasks assigned to them by Congress.

So the big question we will learn over the next two years is, with control of the House in the hands of the Republican Party, what will the ramifications be for Inflation, Taxes, and Healthcare?

What the GOP taking control of the House means