Can the Economies Be Revived by Taxing the Windfall Profits of Oil Tycoons? 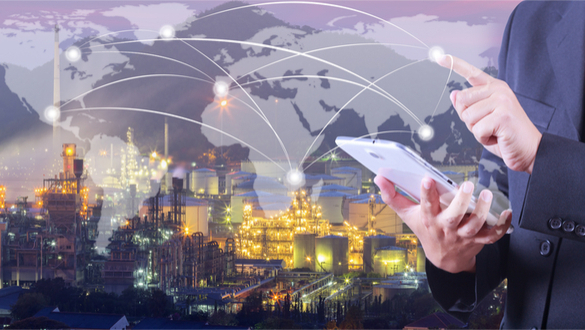 Britain and other European nations are expanding their taxes on gas and oil producers and penalizing firms that deliver energy to increase their revenues. President Biden considers windfall profits a viable fix for the United States.

Profits for big oil and gas companies have reached previously unheard-of levels in the tens of billions of dollars. Rising energy prices have affected households worldwide, while governments are hampered by excessive spending and a stagnant economy.

Following the example of governments around Europe and a warning from President Biden, the British government announced new charges on Thursday to collect energy firms' windfall profits and use the money to cut the high cost of energy bills.

Instead of being the consequence of any foresight on the part of the energy companies, Europe's swift move away from Russian gas and oil in the aftermath of Russia's invasion of Ukraine has been a boon.

American energy companies are also making enormous amounts of money. Shell announced its greatest haul of $20 billion in barely six months, while competitor BP reported collecting $16.6 billion in the same period. TotalEnergies, a Paris-based energy corporation, made almost $29 billion in profits during the same time period. According to the International Energy Agency, the world's oil and gas suppliers' net income will approach $4 trillion, more than doubling from 2017.

These figures prompted United Nations Secretary-General António Guterres to "urge all governments to tax these excessive profits and use the resources to support the most vulnerable people through these difficult times."

However, there is fierce debate about whether adding a levy to windfall gains to help energy users would worsen matters in the long term. Lower revenues for producers may discourage them from expanding energy production, while lower prices for customers may encourage them to use more.

These warnings, however, have not deterred European governments from attempting to exploit energy giants' Smaug-sized cash piles to address massive budget shortages in their own budgets.

Jeremy Hunt, Britain's chancellor of the Exchequer, said on Thursday that he would earn $16.5 billion in 2019 by increasing the windfall tax on oil and gas businesses to 35% from 25% and imposing a temporary 45% levy on energy suppliers. Solar, wind, and nuclear energy companies, among others, have enjoyed enormous growth in profits while operating expenditures have remained the same.

The EU agreed on a temporary levy on certain fossil fuel corporations last month, dubbed a "solidarity payment." The additional 33% tax on "surplus" profits is expected to raise $145 billion. Earnings of electricity companies are also restricted.

Countries have made more progress on their own. Windfall income from energy businesses and banks would be taxed at a rate of 60% in the Czech Republic, according to a measure passed by parliament last week. Profits earned by German electricity suppliers beyond production costs are subject to a 90 percent tax rate.

Mr. Biden has also indicated his desire for a new windfall tax unless huge oil and gas businesses increase production, accusing them of war profiteering. However, such a scheme is unlikely to be approved by Congress.

One example is the influence of people on the environment. Policymakers want to raise coal, gas, and oil production quickly to meet present shortages, but they also aim to phase out all fossil fuels ultimately.

Consumers expect that by doing so, they will be able to participate in the substantial profits produced by electricity companies that use renewable energy sources such as solar, wind, and nuclear power.

This winter, governments must strike a careful balance between aiding individuals in paying the astronomically high prices of heating and fuel and encouraging them to limit their consumption.

While windfall taxes have the potential to promote these goals, their technical complexity makes them infamously difficult to design. But what precisely are excessive profits?

Former Obama administration energy official David Goldwyn voiced fear that governments will rush in and seize all of the extra income created by the renewable energy industry, despite these enterprises have had a tough period.

"Renewables manufacturers are facing cost issues due to inflation and needing substantial quantities of capital to scale up their investments," Mr. Goldwyn said. Making these companies less appealing to investors will not help Europe achieve its energy security or energy transition objectives.

Because the British government was worried about restricting oil and gas expenditure, they exempted 91 pence from taxation for every pound invested in new production. However, government support for additional fossil fuel production hinders efforts to minimize carbon emissions by 2030 and significantly reduces revenue.

Because of tax benefits for businesses like Shell that invest in new infrastructure or close down old fields, the oil and gas they generate in the United Kingdom have been tax-free since 2017.

Some argue that it is bad for domestic energy production since windfall taxes normally only apply to gains produced inside a country's borders. According to the Tax Foundation, a research organization that advocates for low tax rates, a windfall gains tax adopted by the Carter administration in the 1980s resulted in a decline in domestic productivity and an increase in the country's reliance on imported oil.

However, as some economists have pointed out, a windfall profit tax makes the most sense when energy companies are making big profits and people and businesses face financial ruin due to skyrocketing energy prices.

They pointed out that many oil and gas companies are using the additional revenue to increase dividends to shareholders and buy back more of their own stock, indicating that concerns about a chilling impact on investment may be overstated.

Richard Portes, an economics professor at the London Business School, anticipated that the regulation would have little long-term effect on supply. Companies that engage in share repurchases and dividend increases will "redistribute income to consumers, normal folks, and enterprises," he said.

In June, more than half of European economists surveyed by the University of Chicago Booth School of Business agreed that a windfall tax on extra oil and gas revenues should help people deal with increasing energy costs. Only 17% were in favor, while 31% were undecided.

Given the large sums of money that governments were spending to help people and businesses survive the winter, Antony Froggatt, deputy director of the environment and society program at Chatham House in London, said that "from a political position, it's inevitable," but added, "it's fair."

Customers' "eye-wateringly high" expenses, according to Mr. Van Reenen, may give a unique chance for the economic reason and political justification for windfall taxes to coincide.