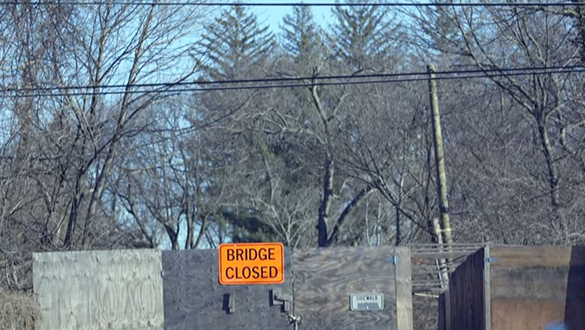 GOP Senators are making it known they will not vote for higher taxes to pay for President Biden’s proposed generational infrastructure bill. Simultaneously, not a single Senator who has commented on the President’s proposal has denied our country’s roads, bridges, shipping ports, highways, electricity grid, and airports are in desperate need of repair or new construction.

The secret of gaining 10 or more votes from Republican Senators to pass President Biden’s proposed $2 Trillion infrastructure plan – is to find a way of paying for it that doesn’t raise taxes. President Biden’s however, has proposed raising the tax rate on people making more than $400,000 from 21% to 28% and imposing a global tax increase on corporations to guarantee the help pay for the expansive rejuvenation and expansion of our nation’s infrastructure.

This reality is stark when you consider former President Trump. Many of these Republican lawmakers in the House and Senate argued that lowering tax rates in 2017 wouldn’t explode the deficit. The lower tax rates would create millions of new jobs.  They didn’t even wait for the cost of the tax cuts to be figured by the independent, politically neutral Congressional Budget Office. Trump and his GOP allies insisted the tax cuts would economically empower the U.S. economy.

President Obama inherited an unemployment rate of over 9%, and in the eight years he was in office, he was able to reduce it to 4.8% without huge tax cuts went right over their heads. In Trump’s 4 years in office, he benefitted from the declining trend in unemployment that brought it to just 3.3%, only to see it explode to a high of 15%, not counting the 10-13 million people unemployed but not counted because they are no considered discouraged workers.

President Biden has a few options to pass his historic infrastructure bill, the largest since the Second World War…

Option #1: Push the bill as it comes out of the House of Representatives as a “Jobs Bill” and use the budget reconciliation process to pass the bill without a single Republican vote.

Option #2: Agree to lots of projects in Republican states and finance the entire package via 30-year bonds. In other words, add another $2+ trillion of debt to the massive $27 trillion debt.

Option #3: Use his political capital earned by his expert management and success in battling the Covid-19 pandemic to go out and campaign for the infrastructure bill.  Focusing on raising tax rates on the wealthy and enormously big corporations that don’t pay any taxes instead of insisting on a huge jump in taxes to pay for the spending over the next 15 years. Rather, cut the tax hikes and finance the infrastructure spending over the next 25 or 30 years.

The tax cuts passed by the Republicans in 2017 have not cut the deficit as promised by President Trump and Senator Mitch McConnell. The debt exploded. Over 70% of voters polled favor making sure the rich and large corporations pay their fair share of taxes.  President Biden and his surrogates should maintain that level of support if they continue to hammer away at the condition and lack of our country’s infrastructure to compete in the world.

A middle-ground approach allows the $2 trillion or even more in spending if a compromise on taxes is reached. Perhaps a grand compromise on both infrastructure spending and passage of the John R. Lewis Voting Rights Act allows the Republican Party to correct course and strategically move away from Trumpism.   A course correction enables the GOP to steer clear of the former authoritarianism administration before a wave of criminal indictments is handed down, naming the former President, members of his administration, and family members for the crimes spree that took place before and during his rise to the presidency.

Failure to compromise with President Biden will result in the passage of his proposed infrastructure bill with the tax hikes. If that causes the economy to start to cool, it could make Biden’s re-election very difficult. But if like Clinton, he raises taxes over Republican objections and the economy soars like it did in the 1990s, 2024 could become a Democratic Tsunami.

The best approach for the Republican Party is a compromise that limits the hike in proposed taxes and allows Biden’s proposal with plenty of goodies for GOP controlled states. The proposal to re-authorize earmarks in the House and Senate is the key to a compromise. Allowing GOP lawmakers to “bring home the bacon” to their districts may be just enough to either pass the infrastructure bill in Senate with 10 plus Republican votes. Stand by, we’re going to see if the cagy old Washington veteran in the White House to find a way of getting everything he wants from an intransient Mitch McConnell and Trump-centric political party.