Can A Government Shutdown Be Avoided Without Wall Funding? 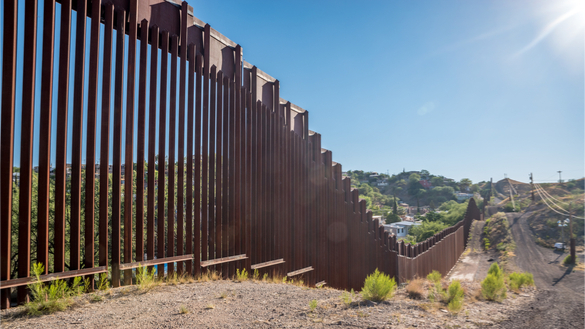 Bipartisan efforts to avert another government shutdown all depend on President Trump’s willingness to accept a deal that doesn’t contain the billions he wants for a border wall. Will President Trump settle for declaring a national emergency to save face with his base?

The last time President Trump was given a chance to sign off on a bipartisan border security bill he balked and shut down the U.S. government for a record 35 days. Despite that Democrats and Republicans are hopeful that the latest deal they’re negotiating will meet his approval even though it doesn’t include the $5.7 billion in wall funding he has been insisting. Instead, it’s increasingly likely the president will instead declare a national emergency in hopes of building the wall and re-allocate defense funds to accomplish the construction of the wall he promised to build during his 2016 campaign.

Richard Shelby, the senior Senator of Alabama, told reporters today after discussing the potential deal with President Trump in the Oval Office that he believes the President will back the emerging bipartisan deal and that the president was urging him and his fellow lawmakers to try to conclude their negotiations as quickly as possible.

Observes and analysts, however, caution that President Trump has a habit of changing his mind suddenly when conservative commentators like Rush Limbaugh and Ann Coulter take him to task for negotiating deals that conflict with their preferences. Their criticisms of a deal reached and voted on by the US Senate led to the 35-day shutdown that began just before Christmas and extended through most of January causing Federal workers to miss two paychecks. Notwithstanding Senator Richard Shelby’s optimism, any deal reached by the Congressional negotiators is still subject to President Trump’s approval.

Most observers believe the President will lose any attempt to circumvent Congress to build a wall using a declaration of a national emergency because of the inherent separation of powers issues that any judicial review would likely involve. The Constitution of the United States invests the responsibility of spending exclusively with Congress.