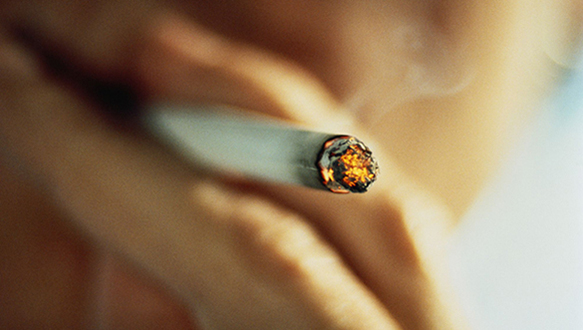 Voters in the Golden State have adopted a measure that would outlaw menthol and other flavored tobacco products statewide. R.J. Reynolds Tobacco filed a lawsuit that is being seen by those against smoking as a strategy that might prolong the availability of menthol cigarettes on the market.

California outlawed flavored tobacco products like menthol cigarettes and cotton candy vaping juice two years ago because they primarily appealed to children and were particularly hazardous in the midst of the coronavirus pandemic, which saw an increase in the number of deaths among young people caused by respiratory complications.

However, the legislation was never put into action. Tobacco companies such as R.J. Reynolds Tobacco Co. and Philip Morris USA spent a combined total of $20 million on a successful campaign that gathered sufficient signatures to present the matter to the general public for a vote.

The topic has sparked a heated argument. Tobacco corporations are exerting a lot of effort to prevent themselves from being excluded from a significant section of the big market in California. Supporters of the ban, including physicians, child welfare activists, and the Democratic Party, which has a majority position in the state, argue that the bill is vital to end the startling increase in the number of teenagers who smoke.

The California Republican Party is advocating for the law's repeal on the grounds that it would result in a significant drop in tax income. The nonpartisan Legislative Analyst's Office estimates that the yearly cost to the state may range anywhere from tens of millions of dollars to close to one hundred million dollars.

Proposition 31, which prohibits the sale of flavored tobacco, was approved by the people of California by an overwhelming majority on Tuesday, November 8. The result was 62% to 37%.

The tobacco industry behemoth and local shops have vowed to continue their struggle against the ban now that the proposal has been approved.

R.J. Reynolds, the producer of Newport menthol cigarettes and other popular vaping products, challenged California's historic ban on flavored tobacco in a court lawsuit on Wednesday, a day after voters overwhelmingly approved the ban.

Within a matter of weeks, the state legislation passed and approved by Governor Gavin Newsom two years ago will end the sale of any and all flavored tobacco and vaping goods. This would be a significant blow to the revenue of Reynolds and other tobacco corporations. In order to prevent the legislation from going into force, Reynolds is attempting to get an injunction.

It would seem that tobacco companies have turned to the ballot initiative in order to delay the implementation of the ban and put the matter to a vote before the general public. This action "enabled tobacco firms to make $1.1 billion in income while 37,000 adolescents experienced candy-flavored tobacco products," said Laurent Huber, executive director of Action on Smoking and Health.

California would join Massachusetts in prohibiting the sale of menthol cigarettes and other flavored tobacco products. Other states, including New York, New Jersey, and Rhode Island, as well as a number of towns and counties, have passed legislation banning flavored vaping goods to prevent young people from starting a habit that may be very addicting. Up to this far, legal challenges to such restrictions have been unsuccessful.

Erika Sward, vice president for advocacy at the American Lung Association, observed, "Flavors attract youngsters," and the tobacco industry has understood for a long time that if they don't acquire them early, they will lead healthy lives free of the impact of smoke. Studies have shown that young people who try menthol cigarettes for the first time are considerably more likely to become regular smokers.

• Tobacco corporations add menthol to their commercial goods to make them seem less unpleasant and pique the interest of younger consumers and those who have never used tobacco products in the past.

•Tobacco products like cigarettes and cigars contain nicotine, which is a chemical that may be addictive. Because it heightens nicotine's impact on the brain, menthol may contribute to the increased addictive potential of tobacco products. In recent years, tobacco producers have also been increasing the quantity of nicotine included in some menthol cigarettes.

• Tobacco corporations make a concerted effort to sell menthol-flavored tobacco products to a wide variety of demographics, with a particular emphasis on black consumers. Because of this marketing, members of the demographic groups that are being targeted are more likely to smoke menthol cigarettes than members of other population groups.

• Demographic appeal: Young individuals, members of racial and ethnic minority groups, members of the LGBTQ+ community, women, persons with a low income, and those with mental health concerns are more likely to smoke menthol cigarettes.

Modoral, a company that manufactures flavored nicotine lozenges called Velo, and the Neighborhood Market Association, a San Diego trade association promoting vape shops and other businesses, are both plaintiffs in the complaint.

An proposal on the ballot to change the legislation in the state was called Proposition 31. The records from the office of the California secretary of state, the amount of money spent to promote Proposition 31, the ballot initiative on the state's law, totaled $29 million in support of the ban, eclipsing that of the opposition, which amounted to $2 million. Proposition 31 was the ballot initiative on the state's law. The bulk of the funding that was used to push the ban was donated by Michael Bloomberg, a former mayor of New York who has been a supporter of antismoking laws and other public health activities for a very long time.

According to an estimate provided by Bonnie Herzog, who works as a research director at Goldman Sachs, Reynolds' share of the market for menthol cigarettes in the United States is close to 60 percent.

The Food and Drug Administration (FDA) announced in April that it will proceed toward legislation prohibiting the sale of menthol cigarettes; however, it is possible that it may be years before such a big public health policy is put into effect.

Menthol prohibitions would have a substantial impact on black smokers. A poll conducted by the government found that just 29 percent of white smokers preferred menthol cigarettes, but over 85 percent of black smokers preferred menthol cigarettes. The regulatory body has received tens of thousands of comments about its plan, and it is anticipated that it will release a rule regarding the matter in the next year.

Eighty-five percent of teenage vapers preferred tastes like strawberry ice cream and watermelon, according to a recent poll by the F.D.A. and the Centers for Disease Control and Prevention.

The government reports that it has turned down more than a million requests since it began considering the thousands of applications submitted by businesses to be granted permission to keep their goods on the market. In the interim, the Food and Drug Administration (FDA) has had difficulty removing illegal items from circulation, such as flavored vapes containing synthetic nicotine.

The Food and Drug Administration has not yet concluded whether Juul Labs, which is largely held responsible for contributing to the epidemic of underage vaping, may continue to be sold. According to polls conducted annually by the government, the prevalence of teen vaping reached its highest point in 2019, and it is currently on the decrease. Earlier this year, around 16 percent of high school students reported having used e-cigarettes or vaping products during the preceding 30 days.