Cain Throws In The Towel On His Nomination To Federal Reserve 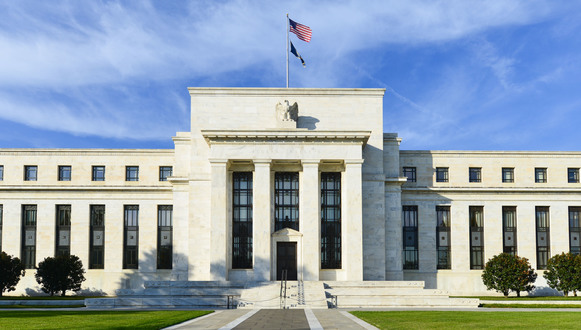 Last week Herman Cain insisted he was going to fight for his appointment to the Federal Reserve Board. Four GOP Senators doomed his ambition.

Herman Cain, one of two of President Trump’s planned nominees to join the Federal Reserve Board, withdrew his name from consideration  today after four GOP Senators indicated they would not support his confirmation.

“My friend Herman Cain, a truly wonderful man, has asked me not to nominate him for a seat on the Federal Reserve Board. I will respect his wishes. Herman is a great American who truly loves our Country!”

The resistance to Cain’s nomination could have faced more than four GOP defections which would have been an embarrassing setback for President Trump who needed 51 Republicans to secure Senate confirmation. The four Republicans who have said they would not vote to approve Cain's appointment, effectively killed Cain’s chances of confirmation since no Democrats were expected to support him.

Cain’s withdrawal is a setback and an enormous defeat for President Trump who is doing everything he can to install political allies on the Fed board in hopes of easing its interest rate policies.

Trump has been reportedly irate after the Fed raised interest rates multiple times in 2018. The hikes were designed to normalize interest rates from the central bank’s decade-long effort to stimulate economic growth and fight unemployment after the Great Recession.

The Federal Reserve has been trying to normalize interest rates so that it would have the ability to fight a future economic downturn and recession. Trump, however, isn’t concerned with the long term economic health of the country accused the central bank of needlessly hamstringing growth and actually triggering a stock market sell-off late last year, by raising interest rates.

Trump’s plan to appoint political allies who would push for lowering interest rates, a move he believes will boost economic growth during the run-up to his re-election campaign lead to his nomination of Stephen Moore to the other open seat on the 7-member Fed board. Moore’s nomination may also be in jeopardy as a result of personal finance issues in his background.

Moore has also been confronted by Democratic Senator Elizabeth Warren (Mass.) who sent him a scathing letter this month accusing him lacking a good grasp on “basic mathematical and economic concepts.” The letter included nine questions for Moore that attempt to clarify whether Moore still holds some of his more iconoclastic views.

Meanwhile, Fed Chair Jerome H. Powell has made it clear in recent statements the Federal Reserve has no plans to raise interest rates again in 2019, citing uncertainty about the pace of current and future economic growth. Given President Trump’s desire for the Fed to cut interest rates, Powell’s assurances against any increases, won’t diffuse his anger towards his Federal Reserve Chairman.