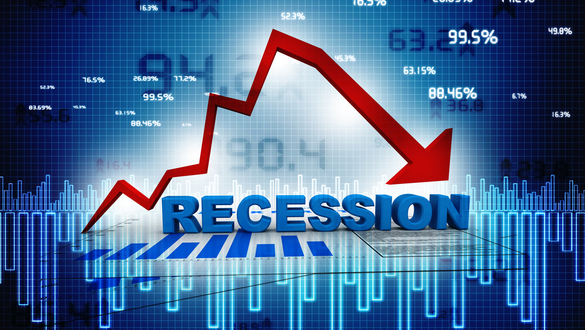 The semiannual National Association for Business Economics (NABE) released a survey Monday which that shows just 10% of the businesses surveyed expected a recession this year, while 42% project one next year, with 25% believe and economic contraction will hit in in 2021. The NABE surveyed from January 30th through February 8th of nearly 300 the organization’s members.

The results of this “recession survey” come just ahead of the U.S. Commerce Department’s release later this week of the advance of the release of the fourth quarter U.S. gross domestic product, which has been delayed by the U.S. government 25-day shutdown.

Bloomberg released a survey of economists this past Friday that shows economic growth had fallen to 2.5% annualized rate in the final months of 2018, down from 3.4 percent in the third quarter.

Members of the NABE surveyed were more divided over the impact of the Fed’s balance sheet normalization process than in the past. One-fifth of those asked what the effect of the Fed’s tightening on short-term funding rates; one-fifth said they saw no potential impact. Another one-fifth said it would cause a rise in interest rates by 25 basis points, while another one-fifth said interest rates would rise by 50 basis points or higher. The balance, two-fifths of the respondents had or expressed no opinion.

Megan Greene, the chief economist at Manulife Asset Management and chair of the survey, said…

“There is a schism between what the NABE panel and the markets think about the Fed’s rate path and the shrinking of its balance sheet. “Markets are pricing in no more interest-rate hikes in 2019, whereas a majority of the NABE panel expects one or two rate hikes.”

A plurality of 23 percent expected the Fed to raise the main rate 50 basis points to 3 percent before beginning again to cut rates. A tiny minority of those asked, 11% believed that the next rate move would be a lowering of interest rates.

About one third expect federal funds rate to hold or fall from the current level and just 6% believe that inflation will rise in this year.