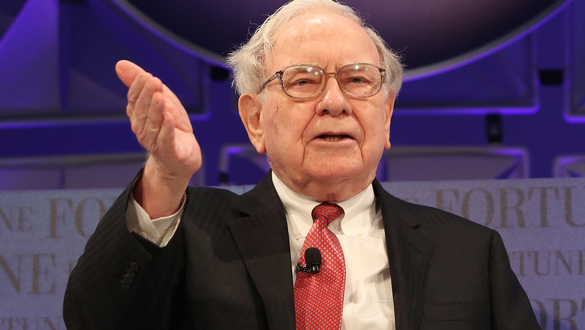 Supports higher taxation of the rich, likes Michael Bloomberg for President and hopes the U.S. and China settle their trade war ASAP!

Arguably the most famous investor in the world Warren Buffett speaking during an interview on CNBC on Monday insists U.S. said Monday that he believes U.S. Stocks could continue to rise, even though we’ve been in a bull market for several years.

“The real question for stock investors are these (low interest) rates a new normal? We live in a world that wasn’t described by classical economics.”

"If you tell me 3% long bonds prevail over the next 30 years, then stocks are incredibly cheap. Interest rates govern everything.”

Buffett acknowledged the U.S. stock market had created $108 trillion in household wealth since he bought his first stock 77 years ago. The billionaire credits the tremendous creation of wealth as the “American Tailwind” which has steadily raised the standard of living in the United States which has made everything American - the envy of the world.

“All you had to do is live in America own a stock index fund, and you just won’t have a tailwind but have a hurricane.”

During the interview delved into the current debate over taxing the wealthy and endorsed the idea of redistributing wealth more equally, but cautioned we must do this without dismantling capital markets. Buffet supports higher taxation on the wealthy as a way to bridge America’s growing inequality gap. Something most people forget is that Candidate Trump repeatedly promised while running for POTUS that he pledged that we were…

“I’m going to raise taxes on rich people like me.”

Then when Trump was elected reversed course 180 degrees and handed a never-ending trillion dollar tax cut to the uber-wealthy. Buffett went on to say….

“As we get more specialized, the rich will get richer,” “The question is: How do you take care of a guy who is a wonderful citizen whose father died in Normandy and just doesn’t have market skills? I think the income tax credit is the best way to address that.”

“That probably means more taxes for guys like me, and I’m fine with it.”

Buffett went on during the CNBC interview to say he would support fellow billionaire and former New York City mayor Michael Bloomberg if he ran for president.

"I generally think [that] third-party candidates, they’re going to hurt one side or the other, and they’re more likely to hurt the side that they actually favor.”

Buffet during what amounted to a 3-hour interview with CNBC anchor Becky Quick asserted his hope the United States and China will be sensible and reach a trade deal.

“I’m relieved at the idea that there is still some sense” that a deal is in the works, he said. “A trade war is bad for the U.S. and China.”

“The wealthy are definitely undertaxed in relation to the general population. Evidence for this is easy … if everyone in the world could pick a country to live in tomorrow, the vast majority would pick the United States, which he called "still an incredible country.”

The CNBC interview followed publication over the weekend of Buffett’s annual shareholder letter. The annual missives are full of ruminations that Wall Street investors and others scour for tidbits.