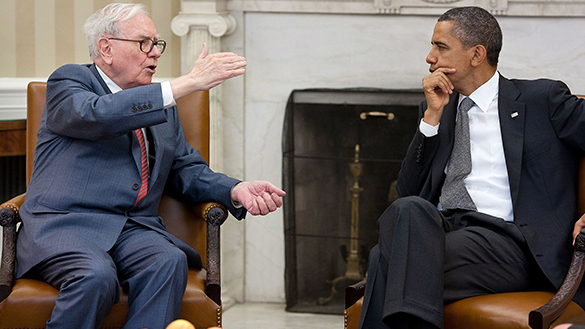 The ‘Buffett Indicator’ has been flashing a warning sign about the stock market for the last few weeks as the U.S. equities market the last few weeks. Many of the most prestigious and most followed financial publications have been reporting on this, including Fortune, Bloomberg, the Wall Street Journal, Business Insider, MarketWatch, and widely followed Yahoo Finance.

If you’re not aware of the Buffett Indicator, allow me to explain how it works. The indicator monitors the value of a country’s publicly traded stocks divided by its gross national product; keep in mind that different people compute this differently; so there’s some wiggle room depending on the numbers chosen to input.

The ‘Buffet Indicator’  first became public in a 2001 interview with Fortune’s Carol Loomis, a well-known and well regarded successful investor who described the indicator as “probably the best single measure of where valuations stand at any given moment.”

During that 2001 Interview with Forbes, he pointed out the ratio was very high in the late 1990s and claimed it signaled the dot-com bubble’s nose-dive crash that cut the NASDAQ by more than half at the low of the market dive.

The ‘Buffett Indicator” is now signaling danger is brewing and is signaling the same sky-high levels of comparative valuation seen before the dot.com crash; even an incredibly famous billionaire like Elon Musk has put a spotlight on the metric via a tweet.

The incredibly high valuation of the ‘Buffet Index” is drawing attention from a great many professional analysts who are either alarmed by the high comparative valuation or think it’s nothing to worry about.

“GDP statistics evolved during the Industrial Age and do not seem to be keeping up with the digital age.”

“Thanks to productivity, real GDP growth probably is higher and inflation lower than reported, suggesting that the quality of earnings has increased significantly.”

But what does Warren Buffet think about this namesake index?

Buffett has cautioned that the indicator named after him isn’t infallible. During a 2001interview with Fortune magazine, he was quoted as saying

“The ratio has certain limitations in telling you what you need to know,”

He didn’t spell out specifics at the time, but one thing is clear: in his opinion, it’s not the be-all and end-all predictor of market peaks.

“Every number has some degree of meaning. It means more sometimes than others...And both of the things that you mentioned get bandied around a lot. It’s not that they’re unimportant… They can be very important. Sometimes they can be almost totally unimportant. It’s just not quite as simple as having one or two formulas and then saying the market is undervalued or overvalued.”

Buffet went on to say…

Brian Sozzi is an Editor-at-Large and anchor for Yahoo Finance Live. He made a critical observation regarding the Buffett Indicator, recently noting that Buffett has been buying stocks despite the indicator named after him being so high. The high level of the indicator has clearly not impacted yet at the end of 2020; his Berkshire Hathaway fund currently has a stock portfolio worth $280 billion, up from $248 billion the year prior.

Has Buffet shifted his approach? Does he think interest rates will remain at the current historic low levels? We may find out soon whether he’s going to shift from his decades-long bullish posture on the stock market soon. His Berkshire Hathaway annual shareholders meeting, will begin on May 1, 2021. Bottom line, don’t jump to any conclusions based on the nose bleed ratio of the ‘Buffet Index’ until you hear what the Buffet says during his May 1, 2021, annual meeting.