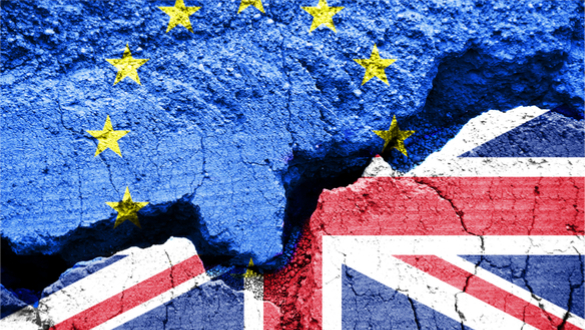 The Brexit mess threatens to get even worse.

Prime Minister Theresa May informed House of Commons that she had requested the European Union (EU) to grant an extension to the Brexit deadline till June 30. This increases the chances the United Kingdom could either crash out of the European Union or come to the decision to stay in and hold another vote, this time a binding vote to whether Brexit should take place.

European Union President Jean-Claude Juncker received May’s request by letter just before May announced her request for the three-month delay to Brexit. Some pro- European Union-United Kingdom ministers want a longer delay, fearing that when June arrives their country will just face a new cliff-edge.

Prime Minister May believes that the EU will grant the delay to June 30.  May believes the EU governments that make up the Union will decide whether to allow her request.  Their decision to do so or deny the request will be based on the political implications, rather than a straight forward legal decision. However, U.K. political analysts warn that the European Union could decide to play hardball and insist on the May 23 deadline.

May will be attending an European Union summit on March 21 and hopes to pave the way to her requested extension but with the Brexit chaos taking place in the U.K  May could be facing opposition on all sides….

Pro-Brexit and pro-EU flanks her Conservative Party, from the Northern Irish party that props up her government and from most of the opposition Labour Party, which wants to keep close trading ties to the EU to protect jobs and their country’s economy.

Meanwhile, the main objection to May’s proposed Brexit deal is from Tories and the Democratic Unionist Party. Her political adversaries want guarantees it includes a physical border between Northern Ireland, which is part of the U.K., and the Republic of Ireland, which will remain in the EU.

Critics say this so-called “backstop” provision risks binding the U.K. to EU rules forever and could force the U.K. to hold another vote on whether Brexit should take place, given all the challenges and risk.

Right now U.K. political observers do not believe there’s a majority in Parliament in favor of a second and binding referendum.

Labour leader Jeremy Corbyn, a determined political foe of Prime Minister May and her coalition favor of a second and binding referendum, but with caveats.

May, however, insists that a second referendum would undermine U.K citizen’s faith in democracy and only further tear their country apart. In any case, it’s not clear what the result would be.  Polls indicate that support among voters is now more strongly in favor of remaining in the EU than leaving. Before the last referendum the polls suggested that the majority wanted to stay in the EU but when the votes were counted, 52% of those who voted, were in favor of Brexit.