Brexit Vote Tomorrow Could Be A No-Win For Great Britain 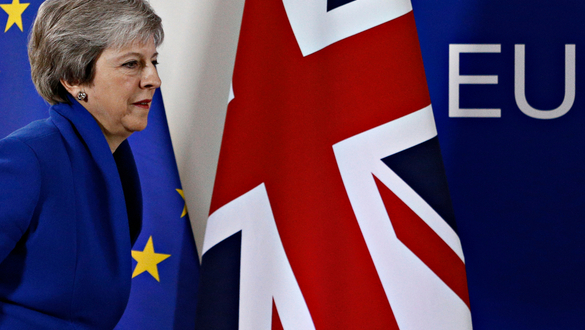 The fight over Brexit in Great Britain continues with no clear way of Prime Minister Theresa May at this point of ironing out a compromise with Parliament. The result could be more economic chaos at a time the EU, and World economy could be slipping into a recession.

The United Kingdom main opposition Labour Party Shadow Chancellor John McDonnell let it be known over the weekend that he and his party’s members of Parliament intend to force a parliamentary vote this week.  The vote will take no-deal Brexit options off the table, even if Prime Minister Theresa May and her Conservative Party weaken or possibly pulls a vote on the Brexit agreement.

Prime Minister Theresa May and her team are trying to hold a meaningful vote on tomorrow, according to some analysts and journalists with insight on the matter. One approach would be to put forward for a vote an aspirational motion that would give members of Parliament they can support but is clearly a model of what Prime Minister Theresa May should be looking to negotiate with the EU before the absolute deadline in 3 weeks – that would not risk defeat on the deal itself.

A vote of a no deal Brexit could be calamitous for Great Britain’s economy which is due to leave the EU on March 29. McDonnell said in an interview on Monday Parliament would take control of the process whatever decision May takes this week, meaning a no-deal exit remains an unlikely outcome.

“This week is about trying to get a vote on May’s deal out the way -- but that seems to have gone. We’ll be trying to force her then to at least have a vote on no deal.”

Leaving Brexit suddenly without a fair deal in place from the EU could even drive the world economy into a recession.  So McDonnell said…  He and many members of Parliament may seek to hold Prime Minister May in contempt if she fails to deliver a vote on preventing a no deal Brexit. Also, he wants Parliament to vote for a “humble address” – a legislative tactic that it used last year to get Brexit economic-impact studies released -- to retrieve the latest information on the negotiations.

Meanwhile, the Labour party is also still considering holding another no-confidence vote in the government that would only be triggered when the Labour party believes it will prevail said, McDonnell.

Labour is still focused on passing an amendment put forward by its lawmakers Phil Wilson and Peter Kyle that would force a second and binding second referendum one Brexit. The first vote was not binding. The pair of Labour lawmakers is redrafting the second referendum. Many political analysts and journalists are expressing the opinion that a second binding resolution would kill Brexit and keep Great Britain in the EU.