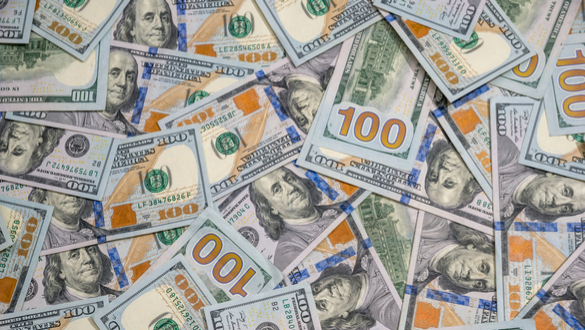 BP's $8.5 billion profit beat expectations, rounding out a series of bumper reports by the biggest Western oil companies. BP's enormous earnings for the three months to June have been called "obscene."

BP, one of the largest oil conglomerates in the world, said on Tuesday that it had made a profit for the second quarter that was far more than what experts had anticipated. This happens due to high prices and restricted supply, which have increased the profitability of energy enterprises.

The multinational corporation headquartered in London announced an underlying profit of $8.5 billion, which is an increase from $6.2 billion (£6.9 billion) in the preceding quarter and more than treble the $2.8 billion (triple) recorded during the same time period the previous year. During trading in London, where the company's headquarters are located, the price of its shares increased by more than 3 percent.

This year has seen a significant increase in the price of crude oil, natural gas, and gasoline, which has been caused in large part by Russia's invasion of Ukraine. This year has also seen a significant increase in profits. According to the findings, the five largest oil firms in the Western hemisphere, BP, Chevron, Exxon Mobil, Shell, and TotalEnergies, together made a profit of almost $60 billion during the second quarter.

In addition, the five energy giants spent almost $25 billion over the year's first half to buy back their own shares. This practice mainly benefits shareholders since it raises the value of equities. BP said that it had spent $3.9 billion on buybacks during the first half of the year and had expected to spend $3.5 billion during the third quarter on buybacks. The corporation said that it planned to repurchase sixty percent of its outstanding shares during the current fiscal year using "surplus cash flow." In addition to that, it increased its dividend by 10%.

During a call with analysts, BP Chief Executive Bernard Looney observed, "Now is not the time to lose discipline." "So that's the first thing to say, and that is that we are concerned not to be dragged into this into thinking that this new world will remain this new world forever, and we're mindful of the history of the business," the speaker said.

In February, BP decided to leave Russia, and during the first quarter of 2018, the corporation wrote down around $25 billion in the value of its share in Rosneft, which is Russia's state-controlled oil business, as well as other operations. According to the analysts, this was a theoretical loss that had very little bearing on BP's future performance.

The unexpectedly high earnings of energy corporations have resulted in increased political pressure on those businesses to do more to raise output and bring down prices for customers. Vice President Joe Biden has accused oil firms of profiting off of rising energy costs, and Britain, the home of BP and Shell, has stated that it would impose a special tax on the "exceptional" profits made by the oil sector.

A climate and energy plan that was agreed upon by Democrats in the Senate last week intends to decrease the amount of pollution that contributes to global warming by fifty percent in the United States by the year 2030. Additionally, the measure requires the sale of leases for new oil and gas development in the Gulf of Mexico, which is a significant base of operations for BP. Overall, the bill "gives the nod to the significance of oil and gas," as Mr. Looney said to the analysts.

The energy giant BP has been called "obscene" after the company declared enormous earnings for the three months leading up to June as a result of the surge in the price of oil and gas.