Both Democrats and President Trump are Full of Malarkey on Cutting the Prices of Prescription Drugs and Healthcare Costs! 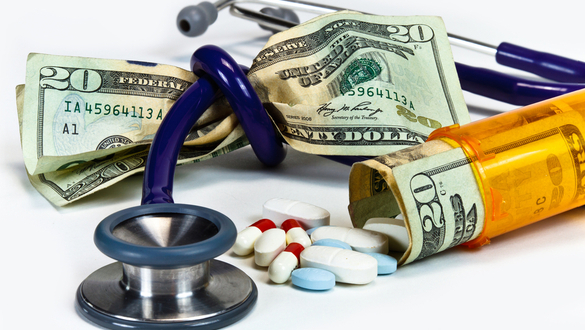 Medical device manufacturers, insurance firms, hospitals and pharmaceutical companies won billions in tax concessions and other favors by lobbying Congress to act in their favor, demonstrating the extent of their political lobbying power.

After both Republican and Democrat lawmakers made repeated attacks against the high prices levied by the healthcare industry, hopes were high that the sector would finally be held accountable for its actions after both the 2016 and 2018 elections.

The bill proposed and supported by Congress to cut the costs of prescriptions and other health care costs was best described by Andy Slavitt, who had earlier served in President Obama’s administration as only a bill to benefit the rich.

The bipartisan proposal for curbing surprise medical billing was inevitably delayed as Charles Schumer, the Senate Minority Leader, worked behind closed doors to raise multiple objections to the package.

Another bipartisan bid for controlling the prices of prescription drugs has failed as well, with Charles Grassley, the Chairman of the Senate Finance Committee blaming Mitch McConnell, the Senate Majority Leader for torpedoing the proposal.

Pharma companies have also been able to win extended patent protections as lawmakers added 17 more words into the bill, a move that is alleged by critics would help the industry earn billions more.

By holding special meetings and sending targeted letters to new Congressional House Democrats, healthcare industry reps were able to get lawmakers to repeal taxes, which were an integral part of the 2010 ACA. Even Nancy Pelosi, the House Speaker, who was instrumental in drafting the bill, had to cave.

Their success was a demonstration of the healthcare industry’s hold and power over Congress as they overwhelmed Democrats and splintered Republicans by deploying strategy after strategy.

These victories should also serve to alert political leaders to the power wielded by the healthcare industry. Many of them have promised to overhaul the system completely, once the 2020 elections were completed. The latest developments have shown that the healthcare industry is still financially and politically stronger, despite having been under attack for almost an entire year.

These wins for the healthcare industry were part of a massive $1.4T spending package that was approved by the US House and Senate on Tuesday & Thursday, respectively.

Congress had postponed these taxes as they were only created as part of the ACA bill. However, they weren’t wholly scrapped since such changes were held to have an adverse effect on the country’s budget deficit. Repealing these taxes will cut tax revenues by around $375B during the next ten years, which is around 25% of the GOP tax bill that was approved back in 2017, as per the Committee for a Responsible Federal Budget (CRFB), a non-partisan, non-profit organization committed to educating the public on issues with significant fiscal policy impact.

Employers and unions have called for the taxes on expensive insurance plans to be repealed. Critics claim that it would only further increase health costs.

Other health insurance firms were against a blanket tax on the industry as well, stating that it would only increase premiums.

A number of Democrats have agreed to scrap this tax due to pressure from unions. However, repealing the two other taxes was proving to be difficult. But lobbyists had a strategy for this as well.

They conducted meetings with several lawmakers, including newly-elected Democrats from the districts that were won by Trump. Also, they requested governors to write letters to members of Congress.

Although Pelosi wasn’t originally in favor of repealing the taxes, bipartisan support was strong for these measures. Over half of the 40 newly-elected Democrats from districts that Trump had won, voted in favor of the legislation that would repeal the medical device tax imposed by the ACA.

Chief executive and President of AdvaMed said that Congressmembers were convinced of the fallacies of the policy after they presented their views to them.

Another anonymous tax lobbyist stated that many Democrats were unsure of Obamacare taxes ever being implemented fully.

Senator Dianne Feinstein, who had backed the 2010 ACA bill, stated that these new tax cuts had effectively dismembered the bill.

Several other provisions were also included in the bill, which benefits the private industry. Activists have stated that an obscure provision written in the bill would allow a certain class of pharmaceuticals an extended market monopoly period – which could help drug companies earn billions more.

Another adjustment also includes ‘chemically synthesized polypeptides’ under the classification of biologic drugs. Biologic drugs enjoy a market exclusivity period of 12 years, during which they don’t need to worry about generic competition. Had they been approved as regular small-molecule drugs, like pills, they would only have enjoyed these benefits for five years.

Congress is also not going to act against the pharma sector. Senator Ron Wyden and Grassley had proposed a bipartisan bill that would have capped Medicare drug price hikes at inflation rates. However, Republican lawmakers stalled the bill, stating that it would be like implementing price controls, something they’ve always abhorred.

While the effort received backing from the administration, McConnell stated that the bill would not be passed as most Republicans were against it. However, Senate members are still trying to do something, he said.

The hospital sector has also been working against a bill that would have prevented them from issuing surprise medical bills to patients. Surprise medical bills are issued when patients get treated at hospitals that are covered by their insurance but by doctors who aren’t covered.

Influential party leaders shut down the effort. A couple of days before a bipartisan group announced news of an agreement, Schumer conveyed his disapproval about the measure to Senator Patty Murray, who is the most powerful Democrat sitting on the Senate Health Committee, as per three anonymous sources.

However, many believe that Schumer’s move was at the behest of multiple hospital groups in New York, who have made over $1M in donations this year to the Democratic Party’s fundraising arm. One aide claimed that while Murray was in favor of the bill, she did not want to approve it until the concerns voiced by other Democrats had been resolved as well.

Several other issues are impeding the effort as well, which includes a rift between the Democratic chairmen over addressing the problem. Richard Neal, the House Ways and Means Committee Chairman, has also voiced concerns about the bill. McConnell hasn’t spoken about bringing up the surprise medical billing legislation before Congress and is reluctant to sponsor a bill that has left Democrats divided.

A spokesman on behalf of Schumer stated that the recent developments had no relation with the industry’s lobbying efforts and noted that Schumer was committed to ending the practice of surprise medical bills. However, he was only trying to ensure that he wasn’t complicating matters. The spokesman added that Schumer had recently called upon lawmakers to inform them that he wouldn’t oppose an agreement on surprise billing and would make all efforts to ensure that appropriate legislation in favor of this move gets enacted in 2020.

The 2020 election will likely center on both healthcare and the growing risk of a new war in the Middle-East against Iran. Can we believe any assurances from either the  Republicans or Democrats that these significant issues will be resolved without screwing hundreds of millions of American citizens?