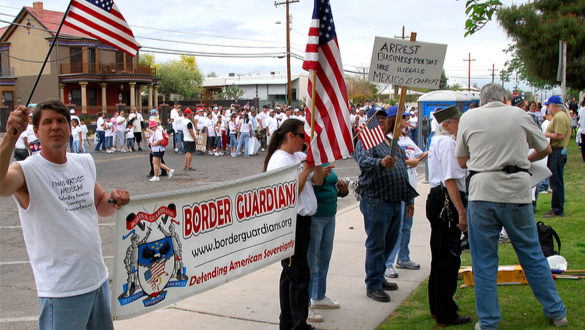 Armed civilian militia patrolling the United States-Mexico border looking to keep out drug smugglers, refugees and migrants could be harboring vigilantes with murder and mayhem on their minds. 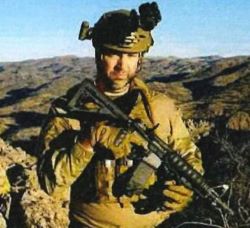 Joshua Pratchard had been enthusiastic when he joined the Arizona Border Recon, a civilian armed group, which patrols the United States-Mexico border, keeping out drug smugglers and unauthorized migrants.

However, some people within the group were suspicious of his intentions.

Pratchard drove over 7 hours, all the way from his home in San Diego to an outpost located in the Arizona desert back in Jan 2018, with a short-barreled illegal rifle and a silencer. Although he was quite eager to begin his first assignment, he became enraged when Tim Foley, the group leader, informed him that he couldn’t use a silencer while patrolling. When Foley later explained to him that members weren’t permitted to deal with illegal immigrants or apply force on them on their own, Pratchard turned visibly angry, as per government prosecutors wrote a report.

However, Pratchard’s 1st border recon mission with this group also wound up being the last time. Foley became concerned about this wannabe vigilante’s behavior & became irritated by Pratchard’s constant arguments, lecturing him on how the group ought to have been conducting its patrols. He later kicked Pratchard out of this militia, as per court records. However, Pratchard wasn’t done with his mission. He would come back again to cause serious trouble later on.

Unknown to him, another person who was accompanying him on his first mission for the ABR happened to an informant for the government, and he informed the FBI about Pratchard. This led to the FBI investigating Pratchard, who was later sentenced over six years of imprisonment for operating an ammunition and firearms factory, with all activities taking place in his home, as per the ADS. Although Pratchard’s previous felony charges and convictions had disallowed him from possessing guns, Pratchard decided to make his own guns, he explained. He stated that it became an addictive process for him, something he couldn’t stop.

Pratchard had joined the ABR as he believed that this was the perfect way to serve his country. He wanted to help in ensuring that criminals, illegal aliens weren't overrunning the U.S. border, and drugs, wrote his attorneys in a certain sentencing memo previously this month. However, when this did not pan out as he expected, he began heading out on recon missions with FBI’s confidential informant instead, conducting several recon missions in Arizona, and patrolling the location together.

During a June 2018 hearing held in Arizona’s U.S. District Court, Ryan McGee, an FBI agent, testified that this confidential informant had been ordered to ensure that Pratchard stayed away from places where the duo was highly likely to encounter migrants. In case any migrants were seen, they had to leave instantly. However, Pratchard wasn’t aware of this. In a conversation, he told the informant that he was hoping they would run into rip crews, referring to specific bandits known to steal firearms, cash, and drugs from migrants crossing the U.S. border.

The two of them started becoming close, with the FBI informant even spending nights at his San Diego home, meeting his toddler son and wife. Pratchard later revealed to him that he’d been making guns & ammo at his own home thanks to a full-fledged armory that he had set up at his house. He also engraved these guns with certain fraudulent numbers, picking a date like the birthdays of his son and wife, and had distributed them to his friends and family. The informant paid Pratchard thousands for two guns.

It remains unknown how many guns had been manufactured by Pratchard at his home-based workshop. Only four guns were retrieved by the authorities when they conducted a raid on his house, back in Jun 2018, apart from 4 other firearms, registered in his wife’s name. However, they discovered that he possessed the equipment for manufacturing many more weapons along with ample gunpowder for manufacturing over 9000 ammunition rounds. Another three guns and 300 ammunition rounds were retrieved from his Ford truck.

Initially, FBI authorities deferred from arresting him on charges related to federal firearms, as they wished to know how many other people, he had been selling guns. They also wanted to see whether he was just part of another gun-trafficking net, as per McGee’s testimony made last year. However, the authorities eventually concluded that it wasn’t worth their time if it meant that Pratchard would be out free. Federal prosecutors produced a clip of Pratchard talking to a dog, to make their case that he presented a verifiable danger to people, where he was heard telling his dog to hurt a Mexican.

Before his arrest in Tucson by federal agents in Jun 2018, he already had a record of unresolved anger and violence issues. Pratchard had enlisted for the US Marine Corps while he was still a teenager. However, three years later, he was discharged dishonorably after a conviction for selling illegal ecstasy pills. Back in 2007, over five years after the court-martial, a clip of him emerged where he was seen stomping a man’s head, someone he knocked out during an Oktoberfest celebration, as per court records.

He admitted later that he had almost killed the man with his assault and pled guilty to felony assault. He was later sentenced to community confinement for a year and probation for three years as per court records. Back in 2014, Pratchard was arrested again after his wife received a complaint that he’d turned verbally abusive, asking her to leave before he hurt her. He had then proceeded to pick her up & throw her onto the bed. These charges were later dismissed.

Court documents don’t provide much information about why or how a confidential FBI informant was present at the ABR mission last year. McGee was guarded in his responses during the Jun 2018 hearing, saying that the FBI would occasionally investigate militias whenever they received reports of a group repeatedly acting in violation of the law. Upon being asked whether FBI agents had infiltrated the ABR, McGee responded that they had sources who regularly reported regarding this group’s activities.

However, Foley, who has yet commented regarding this issue, has stated in the past that the ABR wasn’t a militia although FBI authorities consider it one, as per court testimony records. In several interviews, Foley has stated that his group wasn’t acting in violation of any laws & believes that U.S. Border Patrol authorities appreciated the help extended by them. An ABR spokeswoman Jan Fields also stated that Pratchard had been expelled from their group as he had used a silencer, which broke their internal rules, and had failed to inform them about his various medical problems.

In Feb, Pratchard pled guilty to thirteen counts, including the possession of firearms, possession of unregistered firearms, and unlicensed firearm transfer as well. His lawyers mentioned in their memo that Pratchard had likely been suffering from an undiagnosed mental disorder throughout his entire life, adding that he had required special education as a child and treatment for PTSD, anxiety, and ADD at several points of his life. His prison psychologist had diagnosed him with bipolar disorder. Pratchard had also been prescribed opioid drugs after a fall from a scaffolding, which resulted in a back fracture, as per his attorney’s statement. His medications, which he had been using during the time he was arrested, had caused mood swings & worsened his mental health issues.

However, defense lawyers Laura Udall and Dan Cooper wrote that mental health issue wasn’t a good enough excuse. However, they admitted that it explained several critical and inexplicable aspects regarding Joshua’s behavior.

When Pratchard was handed his 75-month federal imprisonment term, Pratchard broke down, telling the presiding judge he was solely to blame for his decision. He had turned so obsessive about manufacturing guns that this illegal venture started interfering with his personal relationships.

He admitted that he didn’t want to use guns in any way anymore and showed remorse over his actions.