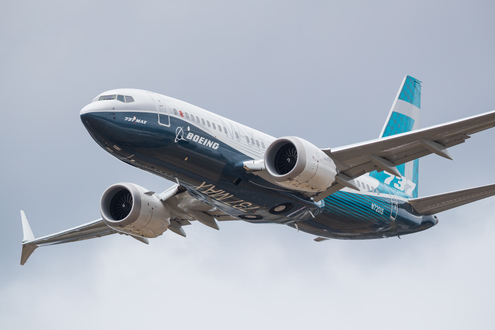 Virtually no one on Wall Street is paying attention to the very real possibility that Boeing (BA-NYSE) could be forced into bankruptcy as a result of its continuing 737 Max nightmare. In fact, it would take just one day to cover its shorts. Boeing is down from its all-time high of $440 a share set in February of 2019 to a close at $323 a share this past Friday; while having just $10.91 Billion in cash.

By James DiGeorgia and Geoff Garbacz

In many ways, Boeing (BA-NYSE) reminds us of a corporate version of the 2008-2009 financial crises. Virtually no one believes Boeing can either meltdown or fail. We keep thinking of the movie the “Big Short” a nonfiction account that featured impart the story of Michael Burry (played in the film by Christian Bale) who is an American physician, investor, and hedge fund manager and who was the founder of the hedge fund Scion Capital from 2000 until 2008. Burry recognized the historic real estate meltdown more than a year before all hell broke loose and almost brought down the entire U.S. and some say the world’s financial system.

Michael Burry had already proven his genius in his first full year in 2001 of his value-based analysis by turning 11.88% decline in the S&P into a 55% gain for Scion and then the next year delivering a 16% gain on a decline in the S&P of 22.1%. These gains were proved not a fluke in 2003 when the stock market finally rallied 28.69% and he delivered a 50% return on investment to Scion’s investors. In 2004 he delivered a 50% return on investment. By 2004 Mike Burry was managing $600 million and turning money away.

Despite all his success Burry was laughed at and ridiculed for his belief that the sub-prime financial market the U.S. housing market in the United States was one big convoluted shell game using collateralized debt obligations (CDO’s), and as such was literally an intentional Ponzi-scheme created by our nation’s biggest banks.   A maze of derivatives was formed by insatiable greed to cover up literally hundreds of dollars in zombie mortgages.

As early as 2005, Burry started to focus on the subprime lending market. As a result of his value analysis of mortgage lending practices in 2003 and 2004, he correctly predicted that the real estate bubble would collapse as early as 2007. Burry based his research on the values of residential real estate.  It convinced him that subprime mortgages, especially those with "teaser" rates, and the bonds based on these mortgages, would begin losing value when much higher rates replaced the original rates, often in as little as two years after initiation.

While Wall Street ignored the ticking time bomb, Burry began to short the subprime market by persuading Goldman Sachs and other investment firms to sell him credit default swaps against subprime deals he saw as vulnerable.

Burry’s conviction about the vulnerability of our nation’s financial system as a result of the sub-prime-market was on the money, but he began to lose vast sums of money through his Scion fund and suffered an investor revolt as the housing market showed no signs of collapse. Many of the Scion’s investors thought his predictions were inaccurate and demanded to be allowed to withdraw their capital. At one point, Burry had to invoke an emergency clause in his fund's agreement to prevent investors from pulling money out of the fund and abandoning him.

Ultimately, Burry's analysis proved correct. He earned a personal profit of $100 million and a profit for his remaining investors of more than $700 million Scion Capital ultimately recorded returns of 489.34% (net of fees and expenses) between its November 1, 2000 inception and June 2008 while the S&P 500 yielded a return of just under 3% - including dividends over the same period.

Waiting for the inevitable collapse of the sub-prime market was excruciating between his investors and senior members of Scion Capital;  he was besieged with threats of lawsuits, called every name in the book and accused of being incompetent.

Boeing reminds us of the willful blindness of Wall Street that stood in denial as a disaster approached. The rationale that Boeing cannot fail is based on the belief that between Boeing and Europe’s Airbus, the two companies amount to a duopoly and therefore the U.S. government will not allow Boeing to fail. That may be true, much like the banks that were bailed out during the financial crisis. What is also true is when the financial crisis of 2008-2009 erupted a good many banks failed and saw their public shares fall to 30, 20 and 10 cents on the dollar or even fall into bankruptcy.

Boeing is now sitting on just $10.9 billion in cash on hand and a business that is collapsing as a result of the 737 Max debacle(s) may not be solved until this summer as the very same the same time Boeing’s Net Orders Slump to Lowest in Decades and is reporting more cancellations than new orders.

Even the U.S. Air Force is complaining about a combat-ready refueling tanker, nine years after Boeing won a competition for the $44 billion project. Air Force General David L. Goldfein, the Air Force Chief of Staff, warned in a letter to four days before the new CEO of Boeing Dave Calhoun took over as chief executive officer (January 9, 2020) of the company….

“We require your attention and improved focus on the KC-46” tanker, “The Air Force continues to accept deliveries of a tanker incapable of performing its primary operational mission.”

“As one of your largest military customers, we also rely on a relationship of trust and confidence in not only Boeing’s products” but also the long-term sustainment effort needed for equipment that “our warfighters require.”

Boeing now finds itself so desperate to shore up its finances publicly, reportedly seeking to borrow $10 billion or more, potentially $20 billion as 737 Max crisis wears on. The company is already carrying over $29 billion in debt. Yet, the firm’s share price appears rock solid at $324 a share.

Boeing's next earnings report is scheduled to be released on January 29, 2020. The company has been leaking to Wall Street that its earnings are going to be really ugly. Boeing is expected to report about $16 in earnings per share. Using a 17 P/E close to the historical average, the stock should be about $272. That would mean a $62 potential downside from the close this past Friday. If for some reason, the earnings come in at $15, $14 even as low as $12 a share the downside could be $200 a share even before the firm borrows has to take a $20 billion loan increasing its debt from $29 billion to $49 billion.

Given all the problems the company has it’s hard to believe the new CEO Dave Calhoun is going to paint a rosy picture going forward into 2020 in his forward-looking statement. Instead, the earnings report is likely to make clear the genuine danger of the very survival of the company. Hinting at the need to borrow, this may require a loan guaranteed by Uncle Sam.

We, therefore, at Wall Street Rebel, believe Boeing is a short position and the downside for the shares could potentially turn into $200 a share in the next 6-12 months. Frankly, a nosedive towards $200 could happen after the upcoming earnings release. Boeing is a short, be careful if you are long the stock.