Blood on His Hands. Virus Ramps Out of Control 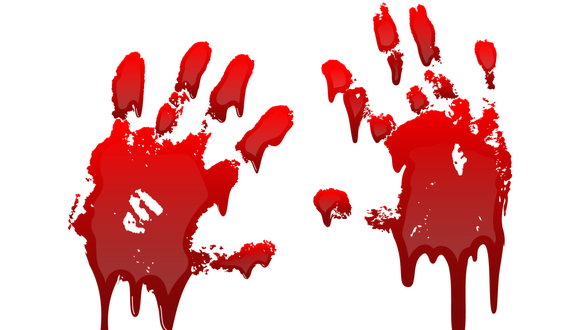 In what was described as a non-event just 11 months ago by Donald J. Trump and his administration, the COVID-19 pandemic has grown to epic proportions in the United States compared to infections and other industrialized countries’ deaths.

Despite the vaccine’s blockbusting news coverage and featured logistical transportation rollout in late December 2020, it has definitely not lived up to its marketed reputation as “Operation Warp-Speed.” Except for developing the vaccines in record time, the Trump administration’s response to the pandemic has been assailed by the medical community.  Even the extraordinary quick research to development accomplishments by Pfizer and Maderna to manufacture a vaccine has been stained by the Trump administration’s slow rollout.

The United States, the global leader in coronavirus infections and fatalities, by a wide margin has averaged more than 230,000 new infections and 3,000 deaths per day in January.  Part of a powerful winter surge with overwhelmed hospitals in many regions is likely to last through the rest of the month despite the vaccines’ arrival.

Many public health experts and historians blame the Trump administration’s lack of evasive policies for the extent of the COVID-19 devastation.

President Donald J. Trump, wanted to leave the White House on January 20, 2021, to military honor to a “21 gun salute”, Will instead have blood on his hands.  Trump will go down in history as the only U.S. President in a century with more than 400,000 deaths from one event during his term in office. With 22 hours until Joe Biden is sworn in as president, Johns Hopkins lists U.S. deaths from the coronavirus as 399,500.

“What’s so troubling about this loss of life is it was preventable,” said Dr. Steven Woolf, director emeritus of the Center on Society and Health at Virginia Commonwealth University. “This is an infectious disease we knew how to prevent, and as difficult as it is, far easier to solve than defeating Nazi Germany. And yet, we did not mount a response to wage war against this virus as we have in these other situations.”

Thomas Whalen, an associate professor at Boston University and an expert on the American presidency, is even harsher in his assessment. Whalen cited reporting by journalist Bob Woodward, who taped Trump on February 7, acknowledging how dangerous the virus was even though he repeatedly downplayed its severity publicly.

“He has, you could say, blood on his hands,” Whalen said of Trump.”

“He knew this was a threat and did not do what was necessary to   respond to it in a thoughtful and resourceful way.”

Dr. John Swartzberg, a professor emeritus of infectious diseases at the University of California-Berkeley, cited failures with testing and protective equipment along with mixed messaging on masking as specific examples.

“What that tells us is how badly things can go if you have a bad administration.”

Biden has assembled a COVID-19 response team and vowed to have 100 million doses of vaccine administered in his first 100 days in office. He proposed a $1.9 trillion pandemic-relief package that includes $70 billion for virus testing and a national vaccination program on Thursday.

We can only pray that the new administration and President of the United States don’t treat its citizen with the contempt to lie at every opportunity, even while Americans are dying by the hundreds of thousands.

How Bad Was Trump’s Handling Of Coronavirus?