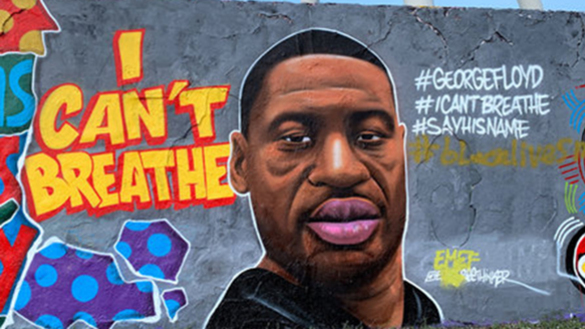 I started studying Judo at the age of six and, over the next 56 years, earned black belts in Judo, Ju-Jitsu and Karate. Each of these martial arts shares the philosophy and honorable distinction of fair play and respect for one's opponent.

I began my love affair with martial arts when I was six. One of the world’s most famous and brilliant Karate Sensei opened a dojo up down the street from my aunt and uncle’s home in New York. One day I bicycled past the dojo and saw a class underway. I was transfixed by what I saw. Sensei Toyotaro Miyazaki was a 6-time world karate champion and later rose to the rank of 8th-degree black belt. I can’t say enough about this amazing, wonderful man who had just emigrated from Japan. He would become one of my life mentors.

After the class, I waited until Sensei Miyazaki wasn’t busy and worked up the courage, again at the age of six, to say hello and ask him some questions.

Looking back on it, he was an extraordinarily kind, patient man who was a mentor to literally thousands of students over his decades of teaching. I agreed to bring my father into the dojo later that week and listened while Sensei Miyazaki explained to him why he refused to accept children as students.

He explained to my dad that Karate can be lethal. The risk of an inadvertent strike, punch, and kick can be crippling or even kill a child. Sensei Miyazaki also recognized children don’t have the patience to listen to instructors closely enough to avoid a severe injury and he didn’t want any child injured in his class. He did not feel a child had the compassion to understand mercy or sportsmanship.

Miyazaki, however, suggested that if I studied sport Judo for 2 years, he would then allow me to join his classes and study Karate. He explained that sport Judo would teach me how to fall.  Miyazaki also insisted that Judo would also teach me the discipline to listen to Sensei and toughen me up so that if I was accidentally hit by a much bigger kid, I wouldn’t just give up and drop out. He was right!

Later after playing sport Judo, I learned that strangle and armbar techniques would not be taught until I was 13, even after studying Karate for 5 years. The rationale behind that again was both armbars and strangles are so dangerous; that only after I reached puberty and proved myself as an advanced and attentive Judo and Karate student would I be considered mature enough to have gained the discipline not to hurt or kill another kid or young adult. Miyazaki’s wisdom was deep and profound and what one would expect from a true grandmaster of any martial art.

All of this adds up to an informed understanding of what happened when I observed the death of George Floyd. It was murder.

In Judo, Ju-Jitsu advanced Karate, and for that matter, even in professional mixed martial arts, a competitor has three safety guards against being seriously injured or killed.

George Floyd didn’t have any of these three protections. With his hands cuffed behind his back, he couldn’t tap out. His cries of agony were ignored as officers of the law who swore an oath to protect and defend held him down and allowed Minneapolis police officer Derek Chauvin to literally strangle him to death.

Chauvin’s indifference to George Floyd’s passing out and then dying beneath his knee was not a display of training but either the lack of training or outright mendacious cruelty. There’s a simple truth every black belt knows from experience…

Regardless of whether you strangle an opponent using your wrists, arms, legs, knee or smother them in a hold-down, you can literally feel their body go limp the instant they pass out. This means officer Chauvin knew the moment George Floyd passed out. His body went limp, and there was absolutely no resistance or reason to continue the purely defensive restraining maneuver.

There has already been testimony by more than one observer, including Donald Williams, a student of wrestling, Ju-Jitsu and mixed martial arts.  Williams testified that he was scared for his own safety as he pleaded with Chauvin to take his knee off of Floyd’s neck — and that he called 911 after Chauvin did not respond to him. Williams watched as Floyd pleaded 20 times that he could breathe the equivalent of tapping out 20 times before he lost consciousness and subsequently dying.

In the 100+ instances I rendered a student unconscious, I quickly released the strangle I had put on them and immediately focused that they were unharmed and fully conscience.  In each case, I taught my students what it feels like to be strangled unconscious as part of their martial arts training. I would also teach them how to resuscitate someone in the event they were rendered unconscious. It’s intense training, and there are no shortcuts.

Bottom line: George Floyd was murdered. Was it intentional?  That I don’t know but based on five decades of martial arts training and experience, there is no way Chauvin didn’t feel George Floyd’s had lost consciousness and lifeless body.

How George Floyd Was Killed in Police Custody