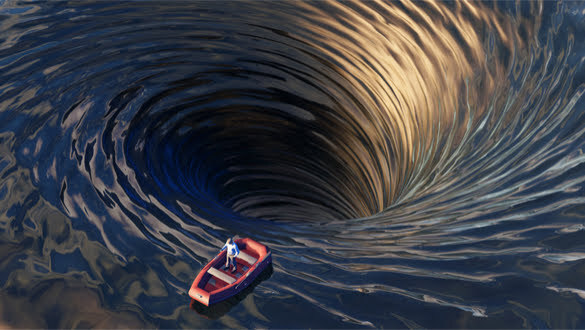 The recent collapse of two significant cryptocurrency projects has exacerbated the market's downward trend and planted doubt about the market's overall viability as a whole. Bitcoin's price has fallen below $20,000 for the first time since the latter half of the year 2020.

On Saturday, the price of Bitcoin dropped below $20,000 for the first time since December of 2020, amidst a larger market meltdown driven by rising interest rates, inflation, and economic anxiety spurred by the conflict in Ukraine.

Bitcoin, the most widely used cryptocurrency, has experienced a precipitous decline in value over the course of the past several months, with the price dropping below $19,000 at one point on Saturday.

Its decline has been hastened in recent weeks by the failure of two big cryptocurrency projects, Terra-Luna and Celsius, which has sown worries about the reliability of the cryptocurrency market as a whole.

Since its all-time high in November, the value of bitcoin has decreased by over $900 billion.

On Sunday, the price of Bitcoin stopped falling for the first time in 12 days, climbing back above $20,000 and leading the cryptocurrency market in a rapid turnaround after a string of declines that set a record for the longest ever.

The largest cryptocurrency in the world experienced a gain of 16 percent on Sunday, recouping its losses from a sharp drop that occurred on Saturday and causing it to drop to a price of as low as $17,592.78.

The general sentiment is still pessimistic, with monetary tightening generating macro headwinds and crises within crypto raising concerns about expanding suffering. Both of these factors are contributing to the current state of affairs.

Its decline can be attributed to problems experienced by several of the industry's major players.

According to market participants, additional price drops could have a domino effect, in which other cryptocurrency investors are forced to sell their holdings to cover losses and satisfy margin calls.

According to R.A. Farrokhnia, a professor at Columbia Business School specializing in financial technology, the drastic sell-offs show how intertwined and complex the cryptocurrency markets have become in recent years. This is evidenced by the fact that the markets have become increasingly volatile.

The free-flowing checks from the stimulus package, the low-interest rates on other investments, the excitement on social media, the widespread boredom, and the fear of losing out on the next big thing were the driving forces behind the speculation.

The blockchain is a decentralized network of computers that keeps a permanent record of each transaction involving digital money. This record is known as the blockchain.

No one, not even governments, can alter or otherwise manipulate the record in any way.

Newcomers have been drawn to learn about, work on, and invest in cryptocurrencies due to the excitement and possible riches that the ascent of Bitcoin has produced.

After central banks flooded the economy with money, creating fears of inflation, some investors regarded Bitcoin as a safe way to park capital to avoid the effects of inflation.

The quantity of bitcoins is capped at 21 million at all times because of a feature that is incorporated into the cryptocurrency itself.

To this day, around 19 million have been mined electronically.

The run-up also prompted Wall Street and firms on the Fortune 500 list to become more receptive to an idea they had previously disregarded.

Both Goldman Sachs and Morgan Stanley have revealed their intentions to provide high-net-worth clients with access to cryptocurrency funds.

Options for buying and selling cryptocurrencies have been developed by PayPal and Venmo, which is a subsidiary of PayPal.

Another payments business called Square recently changed its name to Block and invested $50 million in Bitcoin. This was done partly to reflect the company's involvement with blockchain technology.

Tesla purchased $1.5 billion worth of it.

Andreessen Horowitz, a venture capital firm, has secured $4.5 billion for a cryptocurrency-focused fund, which is twice as much as it had raised for its prior fund.

When Coinbase, a cryptocurrency exchange, went public in April of 2017 at a valuation of $85 billion, it was a coming-out party for the sector as a whole. This was the moment when excitement reached its highest point.

El Salvador announced it would become the first nation to recognize Bitcoin as a form of legal money, alongside the United States dollar, during the summer of 2017.

The nation's leader recently modified his profile image on Twitter to feature laser eyes, which have become a symbol for people who believe in Bitcoin.

As a result of Bitcoin's price decline, El Salvador's initial investment of 105 million dollars in the cryptocurrency has seen its worth cut in half.

The cryptocurrency industry spent a significant amount of money on lobbying, which led lawmakers and mayors across the United States to begin advocating for the sector.

New York City Mayor Eric Adams, elected in November, has stated that he intends to accept his first three paychecks in the form of bitcoin.

This year, four advertisements promoting cryptocurrency companies were shown during the Super Bowl. One of them featured Matt Damon cautioning viewers that "fortune favors the courageous."

That cocky optimism started to fizzle out this spring as the stock market took a nosedive, prices skyrocketed, and layoffs began to strike the IT sector.

Investors started to lose faith in their cryptocurrency holdings and moved their money into assets with lower levels of risk.

A number of high-profile projects were unsuccessful as a result of withdrawals.

Both TerraForm Labs, which was responsible for creating TerraUSD, a so-called stablecoin, and Celsius, an experimental crypto bank, went bankrupt, resulting in the loss of billions of dollars worth of value and putting the overall market into a spiral.

Even if there was a rise in the popularity of investing in cryptocurrencies, Bitcoin did not become widely accepted as a way of conducting day-to-day business.

Its price swings are violent, and its trending upward has made holding it over the long term more valuable.

In a field known as decentralized finance, also abbreviated as DeFi, businesses have developed complex systems to lend money to customers or enable individuals to use their Bitcoin holdings as collateral.

According to research conducted by the Columbia Business School, just over half of all Bitcoin wallets were still sitting on gains when the price of Bitcoin was just over $20,000.

According to regulatory authorities, cryptocurrencies make it possible to cheat the tax system, engage in dangerous activity, and commit fraud.

A crackdown on cryptocurrency mining and trading occurred in China late last year, and authorities in Hong Kong, Canada, and the United States have all issued warnings about potential regulatory steps.

Binance, the world's largest cryptocurrency exchange, has also been prohibited in Britain.

The widespread usage of Bitcoin by criminals, such as the hackers who attacked the Colonial Pipeline last year, has led to additional scrutiny being directed in its direction.

However, the transparency of Bitcoin, which consists of a public ledger that anyone can view, has also assisted law enforcement in locating certain offenders and even recouping ransom payments.

Companies experiencing rapid expansion up until a few months ago have had to reduce their workforces due to the recent sell-off.

After reporting a decrease in income and suffering from a decline in active users, Coinbase announced in June that it would be laying off 18 percent of its workforce.

Other cryptocurrency-related businesses, like Gemini, BlockFi, and Crypto.com, have also been accused of laying off employees.

During previous market downturns, which the industry refers to as "crypto winters," proponents of cryptocurrencies encouraged their colleagues to increase their investments. At the same time, prices were low by using the phrase "buy the dip."