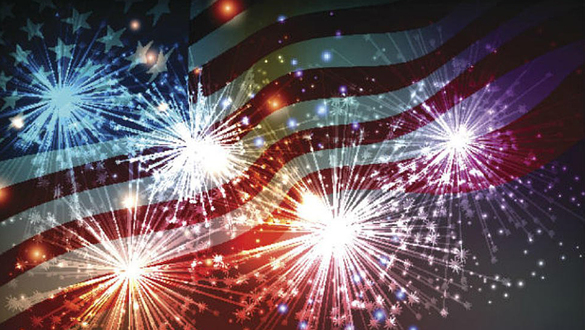 Senate Republican leaders expect up to 20 Republicans to vote in support of the estimated $1 Trillion infrastructure legislation, which would provide the most money for roads, airports, railroads, and drinking water for decades. A filibuster would be prevented if just 15 Republicans voted in favor of the legislation.

Republicans in the Senate are on the brink of giving President Biden a major electoral victory by voting in favor of record-breaking legislation, which the president would then claim as fulfilling a campaign pledge to restore bipartisanship in Washington.

"I believe that everyone is quite particular about their course of action.

I believe that specific individuals are attempting to reach a yes," said a Republican senator who assisted in the drafting of the measure presented on Sunday.

If the bill is to survive a filibuster and go to the ultimate passage, it will need 60 votes, which implies no more than 10 Republicans will be necessary.

However, 17 Republicans voted last week to begin deliberations on the bill, and at least as many more are now expected to support it if it is ultimately approved.

According to expectations, the proposal is expected to get unanimous approval from the Senate Democratic caucus's 50 members.

Republican lawmakers requested at the beginning of the debate that the whole package be paid for via a variety of offsets.

While Republican senators have signaled their readiness to accept the massive package as it nears completion, the Congressional Budget Office has predicted it would result in a rise in the federal government's debt.

Senate Republicans understand that the legislation is a political win for Vice President Joe Biden, but they equally recognize that it is a victory for themselves.

According to them, it will give Republican senators a platform for the 2022 midterm elections, in which Republicans will attempt to retake control of the Senate majority.

According to Senator Whip John Thune (R-SD), the necessity to deliver for the people takes precedence over more abstract political calculations about how much the legislation will benefit President Joseph Biden.

If you can get people to work together on an important issue to the country's competitiveness, regardless of what is happening in the country's politics, Thune believes you are on to a good thing.

In his remarks, he cited examples of how government infrastructure investment has helped the nation's economy throughout history, including 4G broadband technology and the interstate highway system.

"I think it is beneficial to Republicans," Thune said.

"I think that when people work together to accomplish a goal, it is in their best interests in the long run."

During a Senate floor speech on Thursday, Sen. Mitt Romney (R-UT), who will vote in favor of the legislation, stated that red states would have received significantly less infrastructure funding if Republican Senators had refused to engage and pushed Democrats to pass a bill with only Democratic votes.

According to him, "it's fair to assume that if Democrats develop an infrastructure package on their own, my home state of Utah will be dissatisfied."

Politicians from both parties disagree on whether giving Biden a major policy win is a shrewd political move, even though Republican lawmakers who voted in favor of the legislation would share the glory.

In a statement, Sen. Josh Hawley (R-MO ), who has indicated that he intends to vote against the bill, claimed that "the president is very enthusiastic about this package."

Hawley described the bipartisan agreement as a component of President Joe Biden's more extensive spending program, which Democrats hope to complete later this year by introducing a larger measure through the budget reconciliation process, which allows them to proceed without the support of the Republican-controlled House.

"It's a very coherent program, and it's a very left-wing agenda," Hawley said of the Democrats' platform.

According to the president, this year's agenda will be "transformative."

He is unequivocal on this, and he will see this as a significant triumph.

He will speak to the progressive wing of his party and explain that this is a significant step forward in the transformational program.

According to Hawley, one of the reasons Republicans are making a mistake by supporting the bill is this.

Democrat Joe Biden's agenda is being advanced by Republicans, in my view.

Former President Trump has urged Republicans to reject the bipartisan deal, claiming it is a "bad bargain" for the American people.

This week, Mitch McConnell (R-KY), the Senate Minority Leader, was chastised by President Donald Trump for failing to mount a more forceful opposition to the infrastructure plan.

He is now offering Democrats everything and everything they want in return for nothing.

Trump raged in a statement, saying that "no deal is preferable than a bad agreement."

Senator Mitch McConnell was one of 17 Republicans who voted in support of the infrastructure legislation.

He praised it as a "great and essential jumping-off point" for the chamber's consideration of legislation amendments on Monday.

Conservatives argue that Trump's lobbying efforts are having little if any, effect.

"On that issue, I take a different stance than the former president.

According to Thune, "I think that success should be recognized regardless of when it happens."

"I'm considering the pros and cons of the bill."

The Republican-controlled Congress was unable to pass a major infrastructure package during Trump's administration, even though Republicans controlled both chambers.

According to Sen. Shelley Moore Capito (W.V.), the top Republican on the Senate Environment and Public Works Committee, "really does not enter into the debate" among Republican senators who are considering the idea.

The Senate Appropriations Committee chairman, Mitch McConnell, has long boasted about his ability to get millions of dollars in federal funding for his home state of Kentucky.

Last year, as he ran for re-election to a seventh term, the Kentucky Republican leader reminded supporters that he had assisted the state in "punching above its weight."

During a debate with Democratic opponent Amy McGrath in October, McConnell boasted, "During my last tenure, I was able to get $17.5 billion for the Commonwealth that would not have been possible if I had not been the majority leader of the Senate."

Early this year, McConnell visited supporters in his home state of Kentucky and reminded them that he had voted against the $1.9 trillion American Rescue Plan in March, which would have inundated their local governments with federal aid. McConnell seemed almost regretful at the time.

With the election of Donald Trump, McConnell and other Republicans seem poised to support another $1 trillion in long-term infrastructure projects, which proponents say would boost the economy for years to come.

White House officials issued a document that highlighted that Kentucky would get $4.6 billion in highway construction money and $438 million in bridge repair financing under the current plan.

Republican Senator Mitch McConnell promised moderate Republicans who collaborated with President Barack Obama on a bipartisan infrastructure plan on Tuesday that he would keep an open mind throughout the process.

He gave the proposal a boost this month by encouraging Republican colleagues to examine it on its own merits, rather than as part of the $3.5 trillion reconciliation package that Democrats want to pass later this year to fund Vice President Joe Biden's infrastructure plan.

On the other hand, this proposal is in stark contrast to other Republicans' efforts to link the upcoming bipartisan agreement to a larger "human infrastructure" package of legislation.

Indeed, Senate Republican Conference Chairman John Barrasso (R-WY) said on the Senate floor on Thursday that the ideas are not entirely different from one another.

They are not, even though it would be perfect if that were the case.

In addition, Nancy Pelosi (D-CA)), the Speaker of the House, has made it abundantly clear that any bipartisan infrastructure bill passed by this Senate will not see the light of day in the House of Representatives unless and until "the Senate also sends her a multi-trillion-dollar reckless tax-and-spending bill."

Romney Says Working On Bipartisan Bill Is Good For GOP