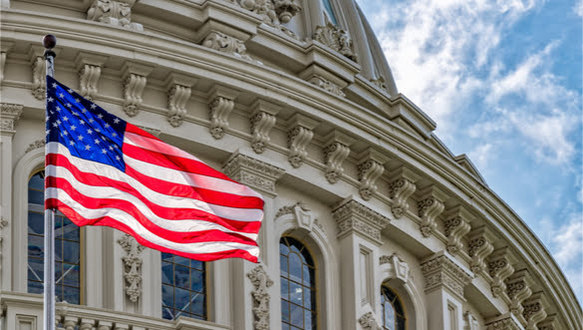 President Joe Biden offered Senate Republicans an alternative to the tax hikes he initially proposed to pay for a sweeping infrastructure plan. Part of his attempt to find a bipartisan agreement was based on two sources briefed on the proposal.

In a meeting Wednesday with Sen. Shelley Moore Capito, the lead Republican negotiator, Biden insisted that tax increases pay for most of the plan but signaled he was willing to back a smaller increase than he had initially requested.

The plan by the vice president-elect and his administration called for hiking the business tax rate from 21% to 28% as the principal source of funding for the infrastructure package.

Even though it was supported by Republicans, the proposal was rejected. It didn't appear to have universal Democratic support, however.

During Wednesday's discussion, Biden provided Capito with a menu of tax hikes that would do nothing to counteract anything in the 2017 tax reduction law.

Senate Minority Leader Mitch McConnell and other Republicans have stated they believe the tax cuts to be a landmark legislative accomplishment. They are hesitant to undercut them to pay for infrastructure.

According to a person familiar with the discussion, Biden pitched a 15% minimum corporation tax and stricter enforcement of high incomes, both of which were agreed to.

To proceed with an infrastructure bill, President Joe Biden stopped the talks on Wednesday, breaking off negotiations with Senator Shelley Capito in favor of striking a bipartisan agreement with a bipartisan group of Senators. The meeting with Capito was described as a 'brick wall' in the prior talks.

Following Wednesday's meeting, Republicans agreed to exclude tax hikes from their proposed infrastructure bill in the latest development. A bipartisan Senate committee is taking tax hikes off the table to develop an infrastructure package following negotiations with the White House.

For President Biden's core pieces of his infrastructure strategy, which includes raising taxes on high-income individuals and companies, it is practically challenging to gain Republican support for legislation with a realistic chance of passing the Senate.

In light of this, Tester, who is in the bipartisan group, has made it clear that tax hikes are not being considered in the effort to come to an agreement on how to pay for the senators' proposal.

When asked Wednesday if a tax increase was off the table, Tester replied: "That's my understanding. I think there are ways to do that; hopefully, it won't be smoke and mirrors. Bottom line, this is probably the hardest part from my perspective, is how you get it paid for."

It may not be the most honest approach, but there are options. Hopefully, it won't be smoke and mirrors.

So in the end, this is the toughest aspect for me to wrap my head around, figuring out how to get it funded."

Several other members of the bipartisan group—Republican Sen. Mitt Romney (R-Utah) and independent Sen. Angus King (I-Maine)—echoed that Republican lawmakers will not agree to more tax increases as part of infrastructure negotiations.

While the committee is anticipated to look at a proposal in the range of $900 billion, they have made it clear that they have not yet published a final estimate because the degree of expenditure is yet undetermined.

The infrastructure package offered by Biden exceeds $2.2 trillion in funding.

Once the bipartisan group in the Senate convened in a basement office last night to talk about coming up with a bipartisan infrastructure plan, the red line on taxes is shown.

We made a lot of good progress, especially when you consider all the difficulties we had to overcome."

Senator Mitt Romney (R-Utah), another member of the bipartisan group, spoke with reporters on Wednesday; he said that Republicans will not be making tax increases part of their infrastructure negotiations.

It is believed that the committee would review a proposal in the range of $900 billion. Still, they have been careful not to make a public announcement about the expenditure amount, stating that the commitment is not yet set in stone. At the outset, Biden's infrastructure budget topped $2.2 trillion.

The line is red and was drawn by the bipartisan group of senators who convened in a Senate basement office on Tuesday night. They discuss the intricacies of a bipartisan infrastructure deal.

"We made a lot of good progress. ... We went through line by line, and we've got pretty good agreement on most of those" To put it another way, we read through the lines in order and have found most of them to be on the same page.

In addition to debating the particulars of paying for the project, the organization members are also disputing about the method of financing the project they should accept.

Went over the payers as well, and they're a little less substantial than we had first estimated. After failed discussions between the White House and Republicans, spearheaded by Sen. Shelley Moore Capito (R-WV), were called off, negotiations among Democrats and Republicans have resumed.

Capito's talks with the White House had the blessing of Senate GOP Leader Mitch McConnell (KY), and Capito said if she had been able to get a deal, she would have been prepared to bring at least half of the caucus on board. Biden is now expected to shift to negotiations with the bipartisan group of lawmakers that also includes Sens. Kyrsten Sinema (D-AZ), Bill Cassidy (R-La.), and Joe Manchin (D-WV) to secure a deal that could garner Republican support.

Capito suggested to reporters on Wednesday that she believes the bipartisan group had a part in the White House's readiness to continue their negotiations.

Capito of West Virginia, one of the members of the Republican conference, stated, "Of course, I was talking in good faith with the president."

In terms of bettering our bargaining position, it makes sense to introduce ideas that appear to be greater in scope than those previously shown to influence our outcome.