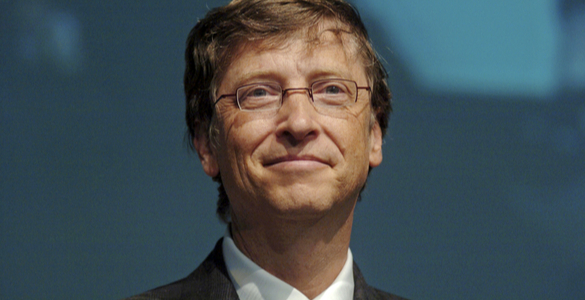 The Microsoft founder and global health pioneer was speaking at the American Association for the Advancement of Science meeting in Seattle just hours before the first case of COVID-19 was confirmed in Cairo, Egypt.

Mr. Gates began his speech to the Advancement of Science (AAAS) meeting by saying…

“I wanted to talk about a special topic, which is this recent coronavirus epidemic. There are now fears that the disease could spread to sub-Saharan Africa where it could spark an uncontrollable outbreak, with health services unable to monitor or control the virus.”

“This is a huge challenge; we’ve always known the potential for a naturally caused, or intentionally caused, pandemic is one of the few things that could disrupt health systems and economies and cause more than 10 million excess deaths.”

“The impact could be “very, very dramatic,” particularly if it spreads to areas like sub-Saharan Africa and Southern Asia.”

“We’re doing the constant science to provide the tools to do the diagnosis to provide vaccines, to provide therapeutics and hopefully contain this epidemic, but it’s potentially a very bad situation.”

Mr. Gates's message was simple; there has been considerable underinvestment in anti-virals and called on China to ‘step-up’ and provide better drugs.

Gates ignoring that the COVID-19 virus may have been the result of Chinese research into Bio-weapons. The world had become practiced in dealing with known diseases and viral infections, such as Ebola. There has not enough thought about how to cope with these kinds of emerging threats from potential diseases and virus.

Mr. Gates said coronavirus was more worrying than Ebola because although the death rate is not as high, however, it spreads far faster.

“Ebola is terrible, but it’s not like a lightning flu…This coronavirus has a lot of similarities to a very bad flu, in terms of the death rate, so far more like the 1957 flu outbreak."

”But this is way worse than a typical seasonal flu and of course, we have no immunity.”

“Will this get into Africa or not and if so, will those health systems be overwhelmed?”

“If you look at Ebola, most of the excess deaths were caused because the health service shut down. It’s not just the direct effect. It’s also the panic, the overload, and the things that affect health workers because you’re already very limited capacity.”

“This disease, if it’s in Africa, it’s more dramatic than if it’s in China, even though I’m not trying to minimize what’s going on in China in any way.”

Virologists’ have made it clear they are not surprised that COVID-19 has already reached distant locations from Wuhan, China, because Cairo was a world hub and each year, many visitors and tourists travel from China to the North African country.

The Africa Centres for Disease Control and Prevention (Africa CDC) were working with the World Health Organization (WHO) and the African Member States to improve diagnosis and surveillance in hopes of preventing the deadly virus from becoming an epidemic on the African continent.

The first patient confirmed with the coronavirus was isolated quickly and people who had been in contact so far have all tested negative.

The tremendous danger to Egypt and the rest of Africa cannot be understated. Experts warn that the limited quantity and quality of the African Continent’s health services could mean thousands of its population is already infected and remain undetected.

Dr. Andrew Freedman, Reader and Honorary Consultant in Infectious Diseases at Cardiff University and University Hospital of Wales in an interview, was quoted as saying…

“It was always inevitable that the virus would spread to the African continent.”

“Indeed, there may well already be more cases in other African countries that have evaded detection.”

“The concern is that it may prove impossible to contain the spread of COVID-19 in developing countries with less robust health systems; this, in turn, could lead to wider global spread.”

“There have been concerns about the impact of the coronavirus outbreak when it arrives in Africa. Therefore, it is reassuring that there has been some rapid contact tracing and all contacts have tested negative.”

“This gives confidence that this might be an isolated case with minimal transmission.”

China reported an additional 2,009 new cases of coronavirus and 142 deaths in the previous 24 hours on Sunday from the crisis. The total official count of those infected is now more than 71,400 people and at least 1,776 have died worldwide. The vast majority of cases, and all but a few of the deaths, have been in mainland China, with the heaviest concentration in Hubei Province where the city of Wuhan is located and has been assumed to be the center of the outbreak.

The Bill & Melinda Gates Foundation has committed $150 million to combat the coronavirus outbreak with the funds dedicated to at-risk populations and developing a vaccine.