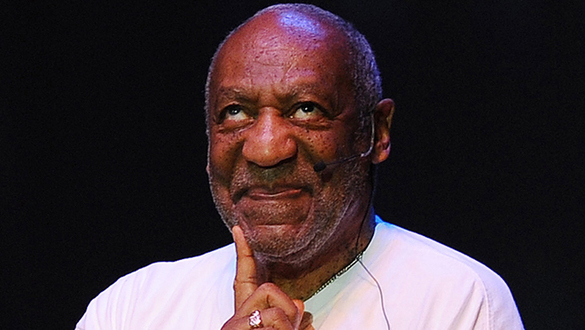 After serving 2 years of 10-year sentence for sexual assault, The Pennsylvania Supreme Court agreed on Tuesday to review two aspects of the case the comedian’s lawyers challenged on appeal.

The Pennsylvania Supreme Court agreed to hear an appeal requested by Bill Cosby concerning his being convicted of drugging and sexually assaulting Andrea Constand in 2004. Sentenced to 3 to 10 years in state prison, he has already served two years.

Cosby’s spokesman Andrew Wyatt lauded the decision by the state’s highest court. He said the 82-year-old comedian was “extremely thankful” the Supreme Court will look at the “false conviction” while calling out “district attorneys” and “judges”…

“We’re extremely thankful to the State Supreme Court of Pennsylvania for agreeing to review Mr. Cosby’s appeal. America and the world are witnessing the 23rd day of protests regarding the abuse and murder of Black people, not just at the hands of corrupt police officers. Still, these extremely vital and important protests are exposing the corruption that lies within the criminal justice system.”

Wyatt continued, thanking the actor’s attorneys “for their tenacious efforts in fighting for the vindication of Mr. Cosby.” Then went on to say

“As we have all stated, the false conviction of Bill Cosby is so much bigger than him — it’s about the destruction of ALL Black people and people of color in America.”

One of the aspects from Cosby’s case the Pennsylvania Supreme Court has agreed to examine is the judge’s decision to let prosecutors call five other accusers as prior bad act witnesses. The women made allegations of previous uncharged misconduct involving sexual contact and claimed that Cosby sedated them with Quaaludes.

Cosby’s lawyers laid out five issues in their petition to the Pennsylvania Supreme Court to secure its willingness to agree to hear an appeal, including that the women’s claims are “unduly prejudicial” and are “not probative of the crimes” for which he was on trial.

The Supreme Court also agreed to review Cosby’s assertion that he had a deal with a former Montgomery County District Attorney that he’d never be charged in the case.

Cosby has claimed an agreement was reached so he would testify in the trial accuser’s civil lawsuit, which was allowed at trial. Cosby’s lawyers argue that by relying on that agreement, Cosby’s Constitutional right against self-incrimination guaranteed to him and then later unfairly used against him.

The victim, Andrea Constand, sued Cosby and won a civil settlement in 2006. Last year, she settled a defamation lawsuit against a former Pennsylvania District Attorney. The latter didn’t prosecute Cosby in 2005 after she said the entertainer sexually assaulted her at his home outside Philadelphia.

There is no indication that Cosby will be released from prison while the appeal is pending. There’s also no guarantee that he will prevail in his appeal. There is little doubt that Cosby made a habit of drugging women and raping them for decades. The issue has always been one of he said, she said because of the time it took for his finally be indicted.