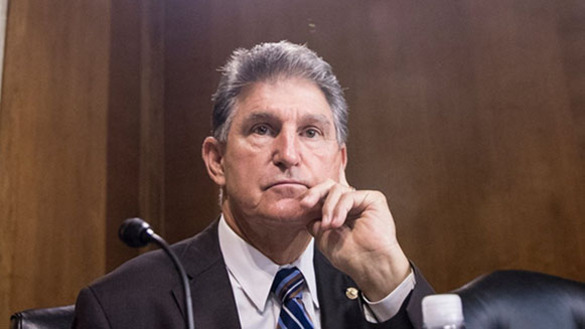 While President Biden's domestic program is facing obstacles, progressive House Democrats are pressing for a bigger package devoted to Democratic objectives before signing off on a bipartisan infrastructure plan.  Senate Republicans and moderate Democrats, on the other hand, are opposing the broader legislation.

Proxy battles between Bernie Sanders (I-VT), chairman of the Senate Budget Committee, and centrist Sens. Joe Manchin (D-WV) and Kyrsten Sinema (D-AZ) over the shape and size of a massive spending and tax reform bill are playing out in the House of Representatives, where their liberal and moderate allies are fighting it out.

During the months-long internal Democratic discussion over the size of a possible reconciliation package and what should be included in it, Senators Bernie Sanders and Joe Manchin, as well as Senators Kyrsten Sinema and Joe Manchin, have been on opposite sides of the argument.

All three are now reaching out to their progressive and centrist friends, respectively, to strengthen their bargaining positions in the future.

More recently, Democrats believe the reconciliation bill's top-line spending figure would likely go below $3.5 trillion due to opposition from Manchin and Sinema, who think it's too much.

Manchin said, "I can't support $3.5 trillion more in spending when we have already spent $5.4 trillion since last March." "At some point, all of us, regardless of party, must ask the simple question, how much is enough?"

But Sanders isn't giving up easily.

He said last week that the reconciliation package should cost at least $3.5 trillion.

On Wednesday, he retorted to Manchin that raising taxes on the affluent might pay for additional social expenditures.

"I'm sure Mr. Manchin knows that this plan will not add one cent to the deficit because it will be paid for by demanding the rich and big companies start paying their fair share of taxes," Sanders said Wednesday afternoon.

Sanders has sought out leftist friends to gain clout with centrist Democrats.

Sanders called House progressives on Tuesday to encourage them to vote against the $1 trillion bipartisan infrastructure plan crafted by Manchin and Sinema.

If they approve the infrastructure bill, we'll lose our leverage in delivering a robust reconciliation bill here," Sanders said Wednesday, recalling his discussion with House progressives.

Democrats think their House allies will stand strong and block the bipartisan infrastructure bill from passing this week.

According to a Democratic congressman familiar with the internal talks, that would destroy the Build Back Better plan.

As many as two dozen progressives may not support the bipartisan infrastructure plan negotiated earlier this year by Sinema and Manchin if the White House, Manchin, and Sinema cannot agree on the top-line spending figure for the reconciliation package.

Sanders predicted that if the White House, Manchin, and Sinema were unable to reach an agreement on a framework agreement on the top-line spending figure for the reconciliation package, up to two dozen progressives would abstain from voting on the bipartisan infrastructure bill, which Sinema and Manchin had taken the lead in negotiating earlier this year.

Rep. Pramila Jayapal (D-Wash.), the chairwoman of the Congressional Progressive Caucus, told reporters on Wednesday that progressives would remain united in their opposition to the $1 trillion infrastructure bill unless a breakthrough is reached with Senate moderates in the negotiations over the reconciliation package, which is currently underway.

"We've already articulated our vision, and we intend to adhere to that vision," she said.

Manchin and Sinema have also asked colleagues for advice on dealing with liberals.

After months of lobbying, Rep. Josh Gottheimer (D-NJ) and other House moderates persuaded Pelosi to hold a vote on the bipartisan infrastructure plan by Sept. 27.

Pelosi delayed the vote until Thursday to allow her whip team to gather votes.

Biden Meets With Manchin Ahead Of Infrastructure Vote Thursday