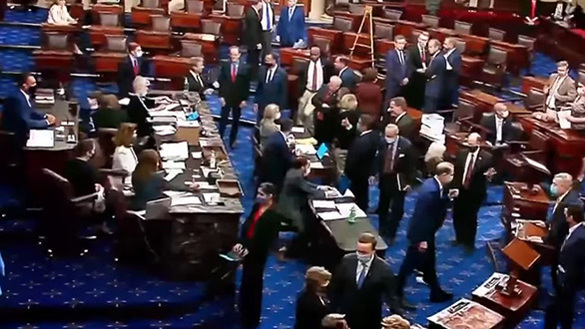 President Biden said that the Federal Reserve is monitoring inflation and would intervene if required, even though inflation remains at a 20-year high of 5.4 percent annually.

President Biden unveiled his $3.5 trillion tax and spending proposal on Wednesday, called the "Build Back Better" agenda, in response to the Senate's approval of a $1 trillion bipartisan infrastructure package.

However, the president began his comments by emphasizing that his administration closely watched the rise in gasoline prices and inflation. The federal government reported Wednesday that inflation remained at a 20-year high of 5.4 percent.

The president's attention demonstrates that the White House, which has previously dismissed inflation and rising gas costs as transitory, is increasingly realizing the need to openly confront the pressure on American households.

The president said that the Federal Reserve is monitoring inflation and would intervene if required, even though inflation remains at a 20-year high of 5.4 percent annually.

President Obama blamed price increases on transportation bottlenecks and the consolidation of large agricultural companies. In contrast, Republicans blamed the billions of dollars the US poured into the economy after the epidemic.

The president emphasized that although the bipartisan infrastructure plan does not raise gasoline costs, he acknowledged that rising gas prices affect American households.

"I want to make sure that nothing stands in the way of oil price declines leading to lower prices for consumers," Mr. Biden said from the White House East Room Wednesday. "So today, my director of the National Economic Council has asked the chair of the Federal Trade Commission to use every available tool to monitor the U.S. gasoline market and address any illegal conduct that might be contributing to price increases at the pump while the cost of a barrel of oil is going down."

The president said that the U.S. is also pushing the Organization of the Petroleum Exporting Countries, or OPEC, to resume pre-pandemic gas production levels.

Republicans have been screaming against the Biden administration over inflation and gas prices, which they may use against him and House Democrats if they continue to rise in the run-up to the 2022 midterm elections.

Republican members of Congress have made inflation a centerpiece of their message.

After addressing inflation and gasoline costs, the president discussed his social spending plan, emphasizing that it is a "long-term investment in American households" that would pay off.

"The investments I am proposing will be fully paid for over the long term by having the largest corporations, including the 55 corporations that paid zero federal tax last year, and the super-wealthy begin to pay their fair share," the president said. "They will still make a lot of money but pay their fair share. That means it will actually reduce the national debt. It will improve our fiscal position over the long run."

On Tuesday, the Senate finally approved a $1 trillion bipartisan infrastructure package, with 19 Republicans joining all 50 Democrats in authorizing $550 billion in additional expenditure on infrastructure projects such as roads, bridges, rivers, and rural internet.

Senators then debated and adopted a budget resolution that opens the way for the bigger package in a lengthy session early Wednesday morning, voting 50-49 on a party-line vote.

The House intends to reconvene in Washington this month to debate, among other things, the budget resolution, Majority Leader Steny Hoyer said.

Nancy Pelosi, the House Speaker, has said that the House would not vote on the $1 trillion infrastructure package until the Senate completes its $3.5 trillion proposal, which may take months.

The Senate adjourned after Wednesday's votes and will reconvene on September 13.

The $3.5 trillion plan lays the groundwork for Mr. Biden's social spending agenda, which would include money to fight climate change, create child care programs, expand Medicare, and give illegal immigrants a route to citizenship.

Democrats can approve the bill via a procedure called budget reconciliation, which does not need Republican backing.

Mr. Biden said Tuesday that he expects Democrats to rally behind both proposals, despite differences about the bigger proposal's price tag and scope.

Member Joe Manchin, a moderate Democrat from West Virginia who has grown to be perhaps the chamber's most powerful Senator, expressed worry about the $3.5 trillion proposal's cost even as he voted to forward the procedural vote early Wednesday.

Manchin said in a statement…

"Early this morning, I voted 'YES' on a procedural vote to move forward on the budget reconciliation process because I believe it is important to discuss the fiscal policy future of this country."

"However, I have serious concerns about the grave consequences facing West Virginians and every American family if Congress decides to spend another $3.5 trillion ... Given the current state of the economic recovery, it is simply irresponsible to continue spending at levels more suited to respond to a Great Depression or Great Recession — not an economy that is on the verge of overheating."