Biden Will Present a New Framework for Social Spending 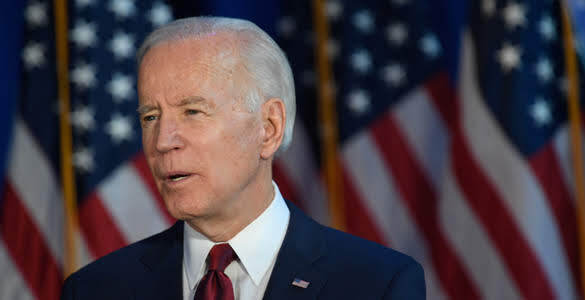 After weeks of slimming down President Biden's social spending program, the White House intends to unveil specific measures it hopes will pass Congress in the coming weeks.

According to multiple people with knowledge of the situation, President Joe Biden plans to announce a revised framework for his social spending plan on Thursday, which he expects to garner support from all Democrats. According to the people who know the situation, this would mark a potential breakthrough after months of protracted negotiations and stalled talks.

According to one of the persons, the White House aims to identify specific ideas that it expects to pass Congress after weeks of narrowing down President Biden's agenda.

According to the second source, Democrats on Capitol Hill were putting the last touches on textual specifics of the modified plan, which will be released on Thursday.

The individuals talked on the condition of anonymity because they were not permitted to speak publicly about the plans at this point.

On Thursday morning, Biden will speak to members of the House Democratic Caucus before making statements on the proposal from the White House. Biden's announcement comes ahead of his scheduled journey to Rome later in the day when he will begin a pair of international meetings that will start after that evening.

What the president would say and when he would say it were not immediately obvious, nor was it clear if he would be willing to declare the backing of crucial Democratic holdouts.

On the other hand, Biden recently told a group of Democratic members of Congress that he believed he could get an agreement on a spending proposal worth between $1.75 trillion and $1.9 trillion.

President Biden and congressional leaders have been claiming for weeks that they are working on a new plan to reduce the top-line expenditure amount from the original $3.5 trillion package they offered earlier this year to $2 trillion.

During the discussions, the goal has been to obtain the backing of important Democratic centrists who are worried about runaway spending without alienating liberals, whose support is equally critical.

The centrists have also expressed reservations about the imposition of additional taxes needed to fund the program.

Democrats were still attempting to negotiate a tax system acceptable to their thin legislative majority on Wednesday.

Republicans have banded together to oppose the Democratic agenda.

In a statement released on Wednesday, House Speaker Nancy Pelosi, D-Calif., revealed that the House Rules Committee will conduct a crucial procedural hearing on Thursday, paving a path for legislators to ultimately bring the proposal to their chamber's floor.

A breakthrough in the negotiations might pave the way for the approval of a companion bill that would invest in the nation's roads, bridges, and other public works projects, among other things.

It has already cleared the Senate and is now waiting for a vote in the House on that bipartisan infrastructure plan to be introduced.

Liberal House members, on the other hand, have said that they would not sign off on the social expenditure plan unless they have reached a sufficient consensus on it.

Although it was not immediately apparent if Biden's upcoming statement would garner enough liberal support to open the way for the infrastructure package to be passed quickly, it seemed to be a possibility.