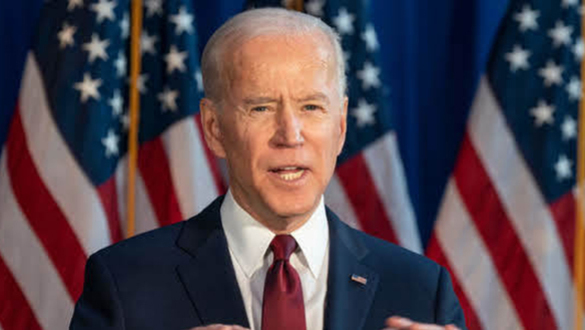 In a speech later today, President Biden will outline his administration's six-part strategy to combat COVID-19.

According to the White House, President Biden will sign executive orders on Thursday that would require the overwhelming majority of federal employees and contractors who do business with the government to get vaccinated against the coronavirus.

When combined with an ambitious new strategy, the private sector, governments, and schools will be placed under more pressure to institute stronger vaccination and testing regulations as the Delta variant spreads throughout the United States.

According to a person familiar with the plan, the mandate will apply to employees of the executive branch, which includes the White House and all federal agencies, as well as members of the armed forces — a workforce that totals more than four million people — but will not apply to those who work for Congress or the federal court system, according to the person.

The spread of the highly contagious strain has increased the country's daily average caseload to more than 150,000 and over 1,000 deaths each day for the first time since late January, overwhelming hospitals in hard-hit regions and resulting in the deaths of about 1,500 people each day, according to official figures.

As a result of the outbreak, President Biden and his senior health advisors believe that mass vaccination is the only way to bring the pandemic under control.

During a briefing by his team of coronavirus advisers on Wednesday afternoon, President Joe Biden will address about six areas in which his administration can encourage — or, at this point, push — more eligible Americans to receive vaccines. Mr. Biden will deliver his speech at 5 p.m. Eastern, and it will be broadcast live on CNN.

By making the declaration, individuals who refused to be vaccinated would be subjected to monthly coronavirus testing.

However, the surge in demand, combined with the Food and Drug Administration's decision last month to grant full approval to the Pfizer-BioNTech vaccine for those 16 and older, has prompted him to take more aggressive measures, including eliminating the option of testing, according to the official statement.

The requirements represent a significant change for a president who, aware of the tense political environment surrounding vaccination, initially refrained from discussing the possibility of making vaccinations obligatory.

The Food and Drug Administration's clearance which also led the Pentagon to compel its personnel to be vaccinated has bolstered Mr. Biden's position.

In the past, the federal workforce, the National Guard, and government contractors have all been required to receive a vaccine. "We are also using the bully pulpit in an attempt to persuade businesses and universities, as well as cities and states, to do the same," said Lawrence O. Gostin, a professor of global health law at Georgetown University.

Nonetheless, Mr. Gostin said that the president has a great deal more power.  As a result, he has already used his administrative power to impose masks on aircraft as well as interstate trains and buses, and he might do the same for international or interstate travel — a move that Mr. Gostin characterized as "low-hanging fruit."

Mr. Biden cannot mandate that all Americans be vaccinated; in the United States, immunizations are the responsibility of the individual states and not the federal government.

President Biden could also use the threat of federal funding to compel states to require vaccinations for their own employees. According to Mr. Gostin, his administration could provide technical assistance to states that want to develop "vaccine passports" to allow people to provide digital proof of vaccination.

More than 75% of people in the United States have received at least one dose of a coronavirus vaccine. Still, only 53% of the general population has had a complete vaccination against the virus.

More than just cajoling will be required; about 45 million children under the age of 12 are not yet eligible for vaccination.

Furthermore, according to studies, about 14 percent of Americans believe they are unlikely to be vaccinated.

According to two officials who are familiar with Mr. Biden's plan, the underlying message will be that the only way to restore some sense of normalcy is for as many people as possible to be vaccinated against influenza.

According to Jen Psaki, the White House press secretary, "we know that increasing vaccinations will stop the spread of the pandemic, will bring the pandemic under control, and will allow people to return to their normal lives."

"That is our goal, and we want to be as clear as possible about what we are attempting to accomplish."

"It depends on whether or not you're vaccinated," Ms. Psaki said when asked whether Mr. Biden would be providing more information to current programs or would describe actions that would have an immediate and broad impact on Americans.

Administration officials are seeing indications that more individuals in the United States are receptive to getting vaccinations – about 14 million people had their first vaccination in August, which is four million more than in July, according to Ms. Psaki.

However, according to data from the Centers for Disease Control and Prevention, approximately 27 percent of the eligible U.S. population aged 12 and older has not received any Covid vaccinations.

The proportion of people who have not been vaccinated is greater in some of the hardest-hit states: 42 percent in Texas, for example, and 38 percent in Florida.

However, health experts have urged the White House to hold off on third marketing injections as boosters for the time being. Mr. Biden has publicly endorsed the notion of making third doses more widely available to a broader range of people in the community.

In a statement issued on Wednesday, Ms. Psaki stated that the White House was working on a plan for boosters, but she did not provide a timeline.

She told reporters that Mr. Biden picked Thursday to give a lengthy address on the virus because he knew that it was "top of mind" for Americans as they returned to their respective places of employment and educational institutions after the holiday break.

The face of renewed concerns about the virus's negative impact on the economy and the prevalence of a troublesome variant, even Mr. Biden's allies say it will take more than a speech to assuage fears that the virus has once again spiraled out of control and beyond the power of the president.

"This is something over which he must assert control and demonstrate his degree of competence.  I believe this is the reason he was hired."