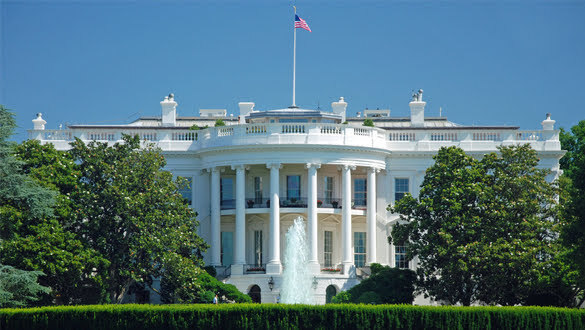 President Biden and German Chancellor Scholz will meet amid concerns that Germany has not been a strong enough partner in defusing tensions between Russia and Ukraine.

In preparation for meetings with President Joe Biden at the White House, German Chancellor Olaf Scholz seeks to reassure the American leader of Germany's commitment as a partner. Scholz underlined that military intervention against Ukraine would come at a significant cost to Russia only hours before flying for the United States. Germany's NATO allies, especially the United States, have expressed dissatisfaction in response to the German government's refusal to equip Ukraine with defensive weapons. German Foreign Minister Scholz, on the other hand, stressed that the decision is consistent with the country's longstanding policy on arms sales.

President Biden will meet with Olaf Scholz, Germany's newly appointed chancellor, during his Monday visit to the White House. The meeting is intended to publicly strengthen a key link in the Western alliance amid concerns that Germany has not been a strong enough partner in de-escalating tensions between Russia and Ukraine.

Mr. Biden and Mr. Scholz will hold a news conference on Monday afternoon, immediately after their talks with one other.

Many in the United States regard Germany as an "unreliable partner" because of its reluctance to join its NATO allies in outlining the consequences for Russia if it invades Ukraine. As a result, Mr. Scholz's reputation has been harmed to the point that his ambassador in Washington issued a warning to his home country last week.

After their meeting at the White House in July, during which he lauded their connection, Mr. Biden said that "good friends may differ" on matters such as how each nation handled with Russia, Ms. Merkel said that she was "proud of her friendship with Mr. Biden." Ms. Merkel's friendship with Mr. Biden has already been praised, and the circumstance signals a diplomatic turning point for Mr. Biden. Even though he has been in office for more than six months, President Biden does not have the luxury of agreeing to disagree on the issue of Russia. According to Biden administration sources, administration officials have said that the Russian military has already collected 70 percent of the troops it would take to conduct a full-scale invasion of Ukraine.

In a statement to reporters on Sunday, officials from the Biden administration said that President Joe Biden would endeavor to propose a package of "swift and punishing" sanctions on Russia if its president, Vladimir V. Putin, opted to invade the country. Throughout the previous few weeks, Mr. Biden has threatened to impose severe economic sanctions on Russia's financial sector and members of President Putin's inner circle.

Mr. Scholz, on the other hand, has been more reluctant to publicly identify any such ramifications, taking a low-key strategy that has drawn criticism from both Republicans and Democrats. Democrat Sen. Richard Blumenthal of Connecticut, who visited Ukraine in January, is said to have stated that "the Germans are no longer present in the conflict." Rob Portman, a Republican from Ohio, has publicly reprimanded Germany for not allowing military supply planes to fly through German airspace on their way to Ukraine. Germany has refused to allow such planes to take off or land.

Additionally, President Biden and Federal Energy Regulatory Commission Chairman Hans-Gert Scholz are set to talk on the controversial Nord Stream 2 pipeline, which is now being built between Germany and Russia and is anticipated to cost $11 billion. Even though President Obama agreed to lift sanctions on Ukraine and other allies last year, President Biden and his associates have attacked the pipeline as nothing more than a coercive tool against the country and its supporters.

For the time being, the pipeline is on hold. At the same time, officials from the European Commission assess whether the project, which Gazprom designed, Russia's most renowned energy business, is in accordance with European energy policy guidelines. If Russia begins an invasion of Ukraine, growing numbers of legislators in the United States are advocating for the shutdown of the pipeline. One of the senior officials in the Biden administration told reporters on Sunday night, if Russia attacked Ukraine, the project would be put on hold until the situation could be rectified.

Mr. Scholz has been tight-lipped about whether or not he would agree to cancel the pipeline building project in question. But in an interview with The Washington Post published on Sunday evening, he said that Germany and its allies would react to an invasion with "unanimity and decisiveness."

German Chancellor Scholz in the US amid Ukraine-Russia tensions