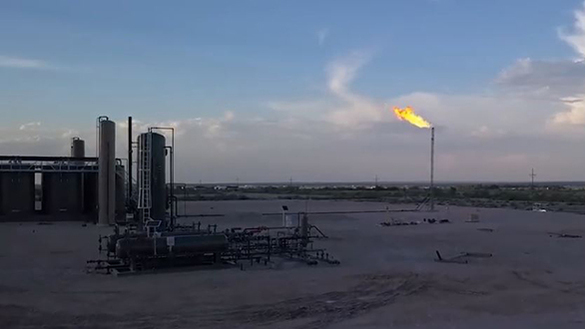 The EPA will recommend expanding and strengthening existing oil and gas facility limitations. It would also force governments to create strategies to reduce emissions from existing facilities.

The Biden administration announced a variety of initiatives focused on combating methane emissions. This greenhouse gas is substantially more potent than carbon dioxide.

During a global climate meeting, the Biden administration attempts to restore U.S. leadership on climate change by implementing new controls on oil and gas drilling and pipeline development.

Over 100 years, methane has been 25 times more harmful to the planet than carbon dioxide. According to the United Nations Environment Program, it is responsible for 10% of the United States' contribution to climate change.

The oil and gas industry, which accounts for 30 percent of the country's methane emissions, has focused on most regulatory efforts to combat gas leakage.

Although agriculture is the major contributor, voluntary rather than required steps are being taken to combat climate change.

Oil and gas production rules from the Environmental Protection Agency (EPA) have been long overdue, are a crucial component of the strategy.

The Environmental Protection Agency will propose widening and reinforcing current limits on new oil and gas facilities as part of its proposal. It will also compel states to establish plans to cut emissions from existing plants throughout the nation for the first time.

Also mentioned was that the activities will help lower the presence of harmful and smog-forming substances.

Additionally, a White House study hinted at the possibility of a supplementary plan, which is anticipated next year, that would control methane from abandoned and unplugged oil and gas wells – as well as methane from other unregulated sources.

Additionally, according to the White House report, the Interior Department would propose a law requiring oil and gas drillers to pay fines to the government for any surplus gas released or burnt off to discourage the release or burning of extra gas.

In natural gas, methane is the primary constituent.

According to the Biden administration, a bipartisan bill mandating pipeline companies to reduce methane leaks will be implemented.

Agri-environmental initiatives will be pursued in response to the White House's call for voluntary, incentive-based approaches in the agriculture industry. The Agriculture Department will promote the adoption of alternative methods of manure management that reduce emissions, the expansion of renewable energy generated on farms, and increased investment in innovations to combat methane emissions from the sector.

A global initiative aimed at cutting 30 percent of the world's methane emissions in half by 2030 had been launched by the United States and European Union before Tuesday's announcements. However, individual signatories will not be required to reduce their emissions by that much and instead do what they can do.

Earlier this week, the White House stated that more than 90 nations had signed on to the plan, 15 of them being big emitters.

Proponents of reducing methane emissions have stated that doing so may be a rapid and effective strategy to mitigate global warming since methane is more potent than carbon dioxide but remains in the atmosphere for a shorter period than carbon dioxide.

After a critical climate report from the United Nations called for "strong, swift, and persistent reductions" in greenhouse gas emissions to prevent global warming in August, it was thrust into the limelight even more.

Meanwhile, the information sheet stated a number of climate targets that were not related to methane production.

A strategy to safeguard forests was also unveiled, with goals such as halting natural forest loss by 2030 and restoring forestland based on goals the government has already accepted.

According to the strategy, objectives such as forest conservation incentives are included.

If Congress approves the proposal, it will provide $9 billion in international climate financing to assist these initiatives by 2030.

This bill also seeks to expedite action at the Department of Energy to promote innovative technologies that will aid in the removal of carbon dioxide from the atmosphere.

"Carbon Negative Shot" is the latest in a series of "Earth shot" activities that the Department of Defense is doing to counteract global warming.