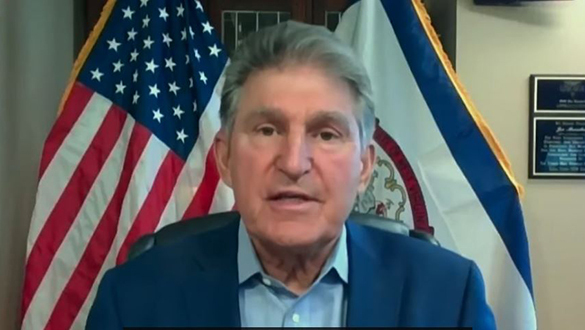 Following Sen. Joe Manchin's (D-WV) voiced doubts about voting for the package this coming week, President Biden indicated on Tuesday that he expects the final version of his economic and social spending proposal would be supported by the senator's colleagues in the Senate.

"He will vote for this if we have in this plan what he had expected," Biden said at a news conference before heading from the United Nations Climate Change Conference in Edinburgh.

"I have a feeling Joe will be in attendance."

In a statement released Monday, the West Virginia Democrat claimed that progressives in the House held the bipartisan infrastructure bill passed by the Senate "hostage. Still, he insisted that such tactics will not force him to commit to the separate $1.75 trillion spending bill before he is ready.

Manchin told reporters that the House should immediately take up the bipartisan infrastructure bill that the Senate recently passed. He also suggested that the larger reconciliation package contains "budget gimmicks" and "shell games" and should not add to inflation concerns or the national debt, as suggested previously.

According to Biden, multiple Nobel Prize winners in economics have endorsed his proposed spending plan, which he claims would lower inflation while simultaneously increasing salaries and living standards.

According to Biden, "I believe that Joe is searching for the particular information to ensure that nothing was sneaked in as a result of the method in which the law was drafted that he previously said he would not agree to."

"However, I believe we'll be able to do this."

Manchin has been a sought-after vote in the Senate for the $1.75 trillion reconciliation framework, which includes financing for climate change initiatives, attempts to increase health care access, child care credits, and education programs, among other provisions.

Multiple times in the last few weeks, Biden has visited in person with Manchin and Sen. Kyrsten Sinema (D-AZ), another moderate Democrat, in an attempt to secure their support for his nomination.

Speaker Nancy Pelosi (D-CA) of the House of Representatives stated Tuesday that the handful of lingering concerns holding up the reconciliation package "may be addressed by the end of the day." Pelosi was speaking after meeting with Democratic leaders.

Manchin: Holding bill hostage is not going to get my vote